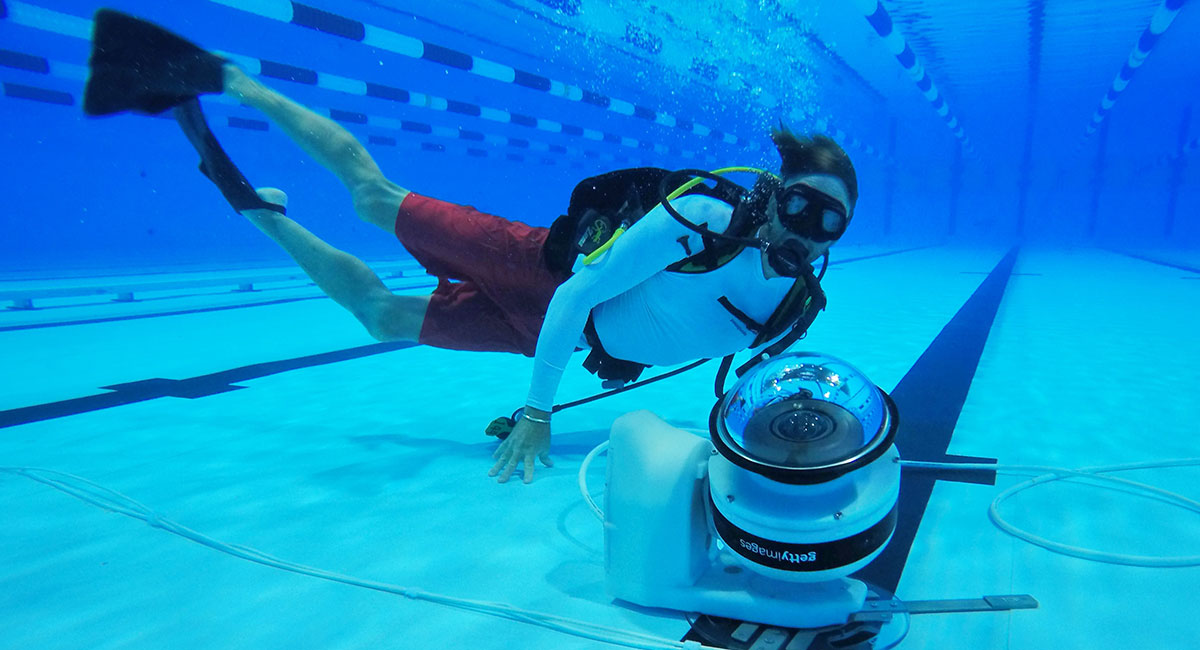 This is Getty Images’ largest local team covering a Commonwealth Games ever.

In addition to covering the opening and closing ceremonies at Carrara Stadium, Getty Images will cover all 23 featured sports across 17 venues and will cover a session in every sport, every day of the Games.

Stuart Hannagan, vice president of Getty Images APAC, told Mediaweek that for the first time ever, Getty Images will be bringing this groundbreaking technology to Australia for the Gold Coast 2018 Commonwealth Games.

Getty Images has covered every Comm Games since 1982, and has one of the largest collections of archival Comm Games imagery at its Hulton Archive – dating back to the first event at Hamilton, Canada in 1930. “This event is not just a big deal for Australia and England, but we have strong demand from major Commonwealth countries like New Zealand, Scotland, Canada and South Africa,” said Hannagan.

“We have specialist sports photographers covering track cycling, swimming, gymnastics and athletics. We need to be covering all our clients’ needs globally.”

Hannagan noted all the major publishers now constantly updated their sites and need new material almost seconds after each major event. “That means we have to be constantly supplying and updating our imagery more than we have ever done before.

“There is no such thing as a deadline any more. The deadline is the minute it happens. It even means unfortunately that speed can be more important than quality – news publishers want the first photo. They certainly want quality, which we supply, but speed has become the overriding factor.”

While Getty Images is mainly shooting the event in a commercial editorial capacity, it does have a number of photographers assigned to work for GOLDOC, the organising body, who shoot what the official organisers request.

On any given day at the Commonwealth Games there can be between 11 and 13 sports happening at the same time. And it is not as simple as one shooter per sport.

“To do the athletics you need three photographers,” said Hannagan. “You need someone infield covering what is happening there, you need someone on the track finish line and you usually have someone covering different angles of the various sports.

“For swimming you have a minimum of two, ideally three. Gymnastics and cycling also need two each.

“We will have editors at the major events working on the photos as they are taken – the cameras are all cabled to the editors. At the other events the photographers will send their own material.”

“We have two underwater robots we have shipped to the Gold Coast and they are very expensive pieces of kit. They stand about 45cm high. It means we no longer need to mount a camera underwater with a fixed lens. These are proper robotics with a screen above pool deck letting us make adjustments to the focal point, lenses etc and it is cabled directly to the editors.”

Hannagan noted that on dry land, the human element remains a key factor in the process. “I don’t think we will ever get to the point we won’t have camera operators. The robots are just an addition to where we can’t put a person.”

Once the underwater camera is in position Getty Images needs to make sure the swimmers are happy where it is and also the host broadcaster doesn’t have an issue with it.

Getty Images also operates a number of drones and operators with full licences. Regulation at present means they can mostly shoot only above water at present.