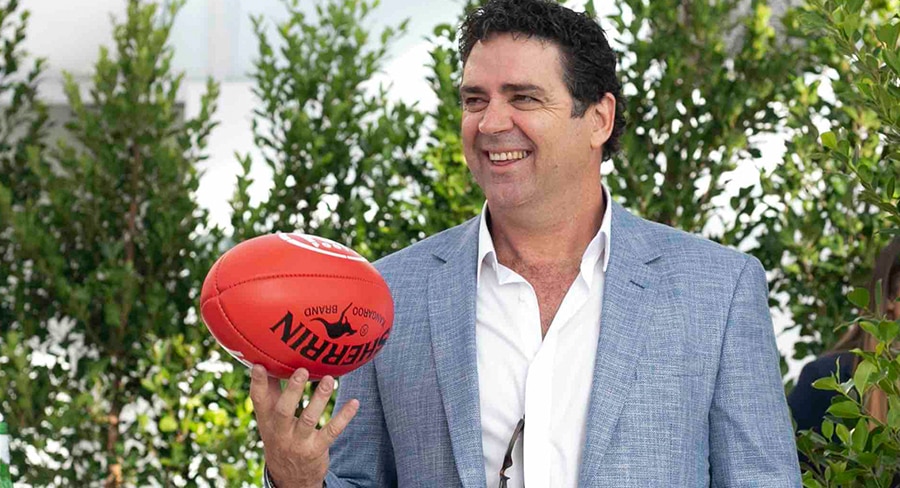 Former champion footballer Garry Lyon is a key member of SEN 1116 and Fox Footy teams. He and his colleagues commit big time across the football season. This year that commitment will vary on how the League deals with the coronavirus challenge.

“We are fresh,” Lyon told Mediaweek. “We started the year on radio after six weeks off. I like working with Tim, he’s a good fella and we have a good chemistry. We take the piss…that’s basically what we do and it tends to work for us.”

Lyon has recently started his fourth year on breakfast at SEN 1116. The first year Lyon worked with Seven’s Hamish McLachlan and Watson, before McLachlan stepped back to focus on TV. 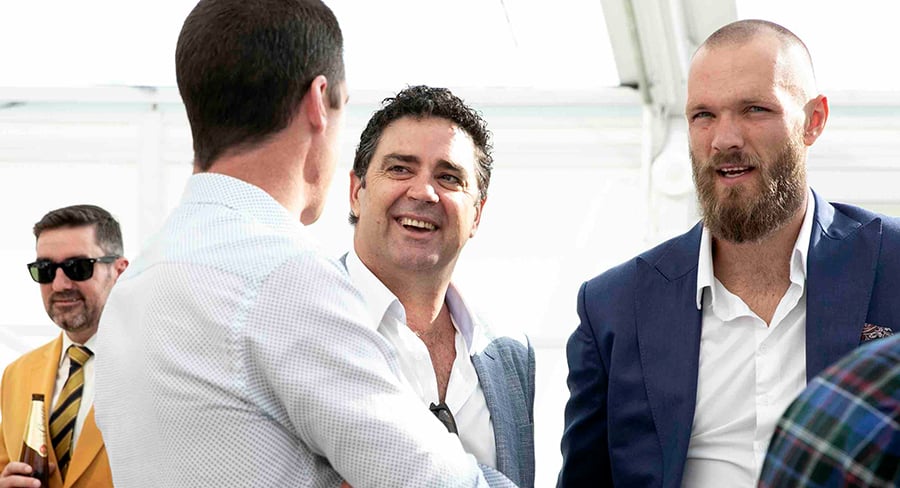 When asked what it is was like working at SEN owner Crocmedia, Lyon mentioned CEO Craig Hutchison – “my big boss”. He added: “That is a bit of a strange situation as I’ve known him forever and we have worked with him as one of the team. Hutchy is doing a phenomenal job with the organisation. He’s a good boss, he’s passionate, progressive and he has a very aggressive take on the whole media landscape. He pushes the boundaries. You need to get on board and go for the ride or he might leave you behind.”

Although SEN 1116 breakfast trails other AM and FM breakfast shows in Melbourne, Crocmedia does a pretty good job reminding people how the show is competitive in its core demo. Something that doesn’t go unnoticed by Lyon.

“I have been doing media for about 35 years, I’ve never had a ratings survey where the bosses can’t spin it. Ever.

“The interesting one for us is the podcast numbers. We have been #5 most popular podcast in the country several times. We are a sports station – we are not playing music, we are not giving away big cash prizes or trips to New York. Our audience might get a pair of socks if they listen. Our demographic is very specifically for sports fans. We try to broaden it a little in breakfast with a bit more entertainment.”

After 24 years working for Nine, Lyon moved to Fox Footy three years ago. “Working at Fox Footy is the closest experience to what it’s like being at a footy club that you could have. People get on really well, but at the same time are competitive and push each other. There is a great feeling of comradery amongst the girls and guys.”

In addition to being a member of Fox Footy’s On The Couch team, Lyon also has weekend commentary duties. He appears on SEN match coverage on Friday nights when the game is in Melbourne. He can be in the studio for Fox on Thursday or Friday nights and is also rostered on for special comments on either Saturday or Sunday.

Lyon explained that after doing the pre-game on Fox Footy on either Thursday or Friday nights, the channel takes the Seven call of the game from only the bounce of the ball. “We then head upstairs and sit on couches to watch the game on the TV. There’s lollies and chips and some of us might take notes. Someone might also wander off to watch it on their own in another room if they want to focus on something specifically. The producers are there with us too.”

Lyon is also a note taker. “I don’t think you can be unprepared for this job as a rule. You will get found out if you don’t do your homework.” Lyon tries to watch all the games every week, noting, “It’s not great for my partner who doesn’t enjoy that part of it. We need to watch as much as we can as on Monday nights we cover all the matches.” As well as enjoying the intense footy season, Lyon admitted to being as just a bigger fan of the off-season. “I didn’t shave for six months after the 2019 Grand Final which was good.”

As part of trying to make sure it doesn’t get too intense during various controversies that crop up over a football year, Lyon explained: “I am not on social media which is important for me. I give my opinions and try to be as honest as I can. I get some instantaneous feedback on radio, but otherwise I don’t need to know what is happening around me on the rest of social media.

“I give my frank opinions, and as long as I am not being sensationalist, and believe in what I am saying, if I ruffle some feathers then so be it. I certainly don’t try to be provocative for the sake of it.”