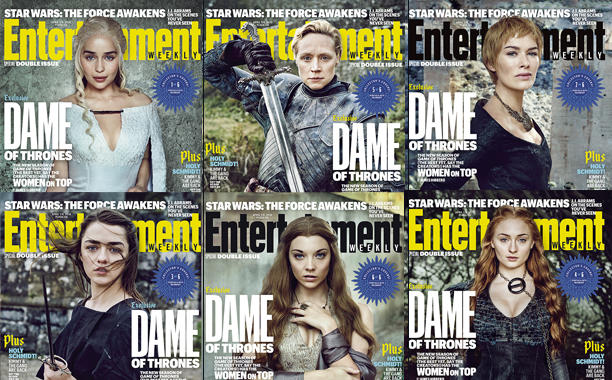 The Time Inc US magazine Entertainment Weekly has always been a go-to publication for fans of the HBO series Game Of Thrones.
The magazine, and its special “Westeros war correspondent” James Hibberd, have launched possibly their best coverage ever of a new GoT season in a special double edition of Entertainment Weekly which was released this week. 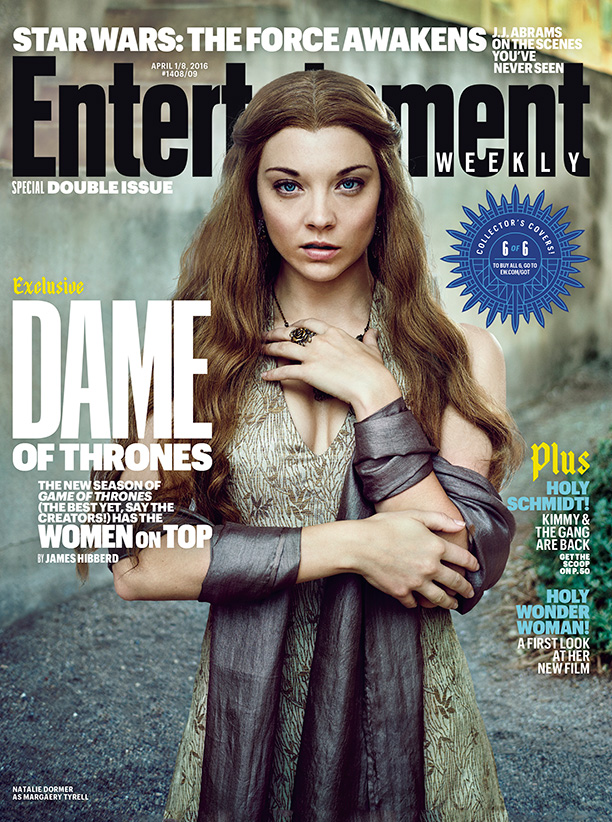 As the magazine explains to readers:
For this week’s issue of Entertainment Weekly, we go behind the scenes of the Emmy-dominating drama’s ultra-mysterious new season, plus profile six of the show’s leading ladies whose storylines are about to change Westeros forever.
The ascension of Thrones’ female characters isn’t a new strategy. Showrunners David Benioff and Dan Weiss, working from the narrative template established by author George R.R. Martin, introduced Westeros five years ago as a male-dominated world ruled by figures like Khal Drogo (Jason Momoa) and Tywin Lannister (Charles Dance). One by one, these strong and commanding men have suffered tragic turns of fate that have cleared the way for a fleet of heroines who have learned new strategies to survive and conquer in a brutal world. 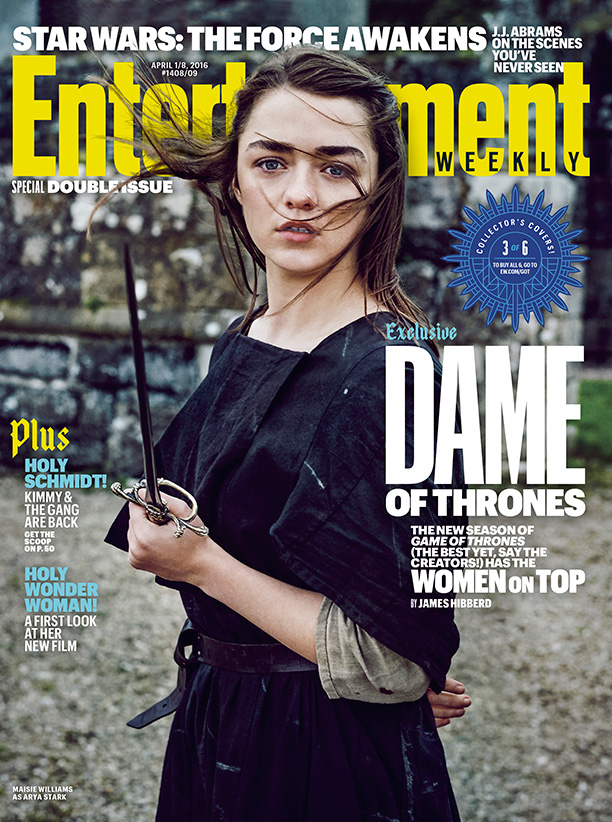 In EW’s new double-issue, we profile the women of Thrones, tease what to expect in season 6, provide catch-up and binging guides, plus take you behind the scenes in Northern Ireland and Belfast to reveal how Thrones team pulled off its biggest season yet (and the best, according to the showrunners) while trying to keep more secrets from its fans than ever before. 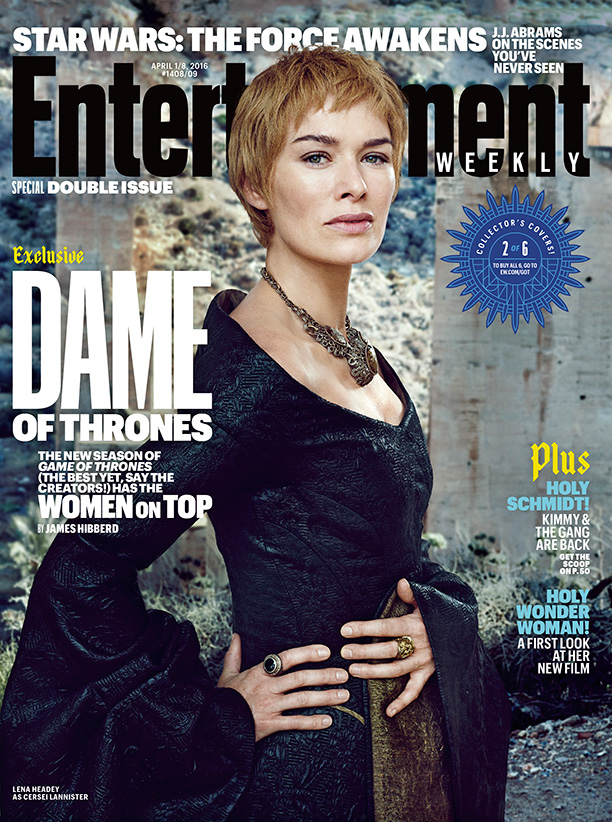 To be up-to-date with Game Of Thrones before it launches, and then as each new episode goes to air, keep in contact with Entertainment Weekly.
• Follow EW’s Westeros war correspondent on Twitter: @jameshibberd
• Stay in touch with the magazines GoT online coverage: http://www.ew.com/game-of-thrones
Subscribe to the EW GoT newsletter: http://pages.email.ew.com/game-of-thrones 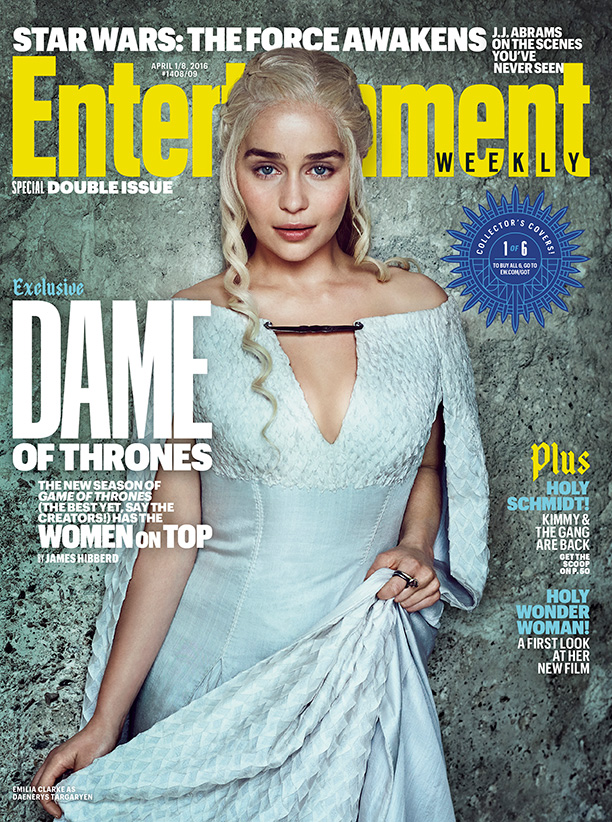 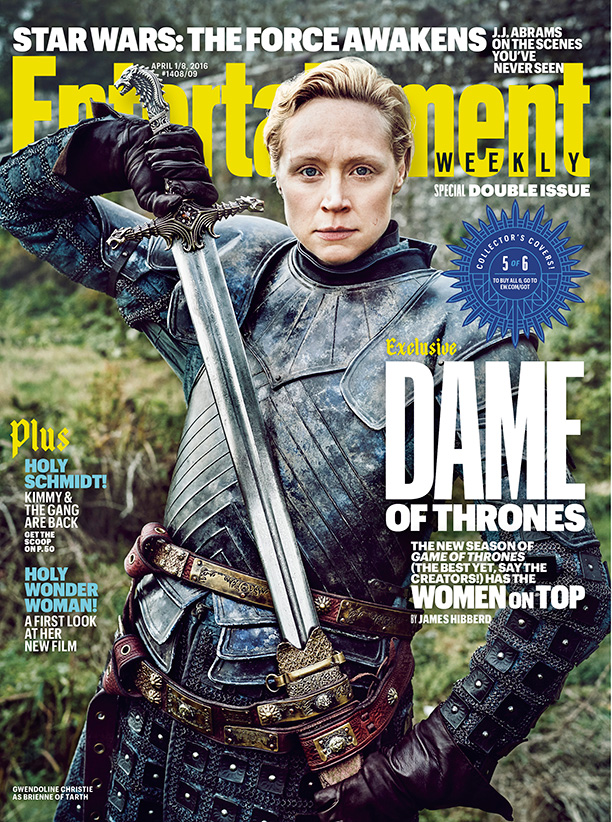