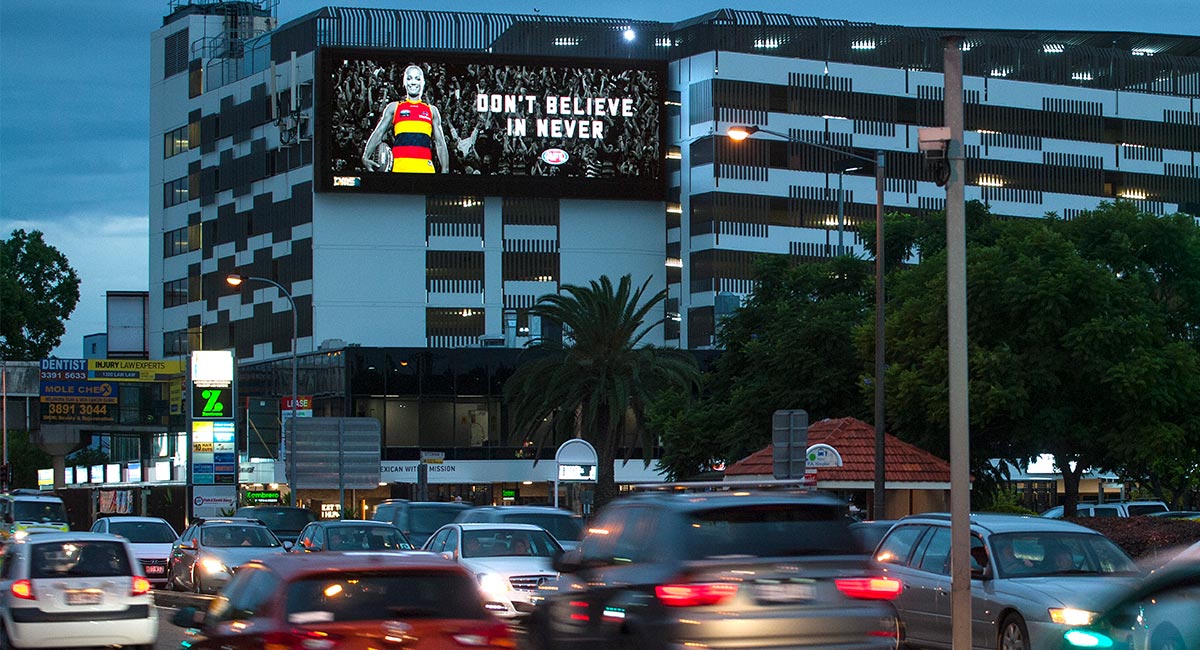 Some of the latest creative work displayed across QMS Media’s outdoor assets.

Here is a Mediaweek outdoor gallery showcasing some of the latest creative work displayed across QMS Media’s outdoor assets.

Context: The Ferrero Rocher campaign has run across Melbourne, Sydney, Brisbane and Adelaide for the two months leading up to Easter.

Campaign objectives: To bring brand awareness for Ferrero Rocher over a period when people are typically heavy chocolate eaters. To ensure people see Ferrero Rocher as a premium product that can be consumed over the Easter period.

Campaign purpose: To make Ferrero Rocher top of mind when they are purchasing chocolate for Easter. Context: The campaign ran across key digital sites in Melbourne, Sydney and Brisbane over a three-week period in the lead-up to the AFL opening round. AFL used a “teaser” technique revealing new creative and messaging across two weeks. The first week showed various footballers with the text “Never”. The following week, the same footballers (male and female) were captured with the text “Don’t believe in Never”.

Campaign objectives: The first week’s objectives were for people to question the “never”, and make people wonder what the never was about. Week two was to make people aware that anyone anywhere should never give up and always believe in themselves and whatever they want to achieve.

Campaign purpose: To generate buzz and anticipation about the start of the AFL season and get people excited for a season of football for everyone – players (male and female), supporters and anyone who enjoys AFL.