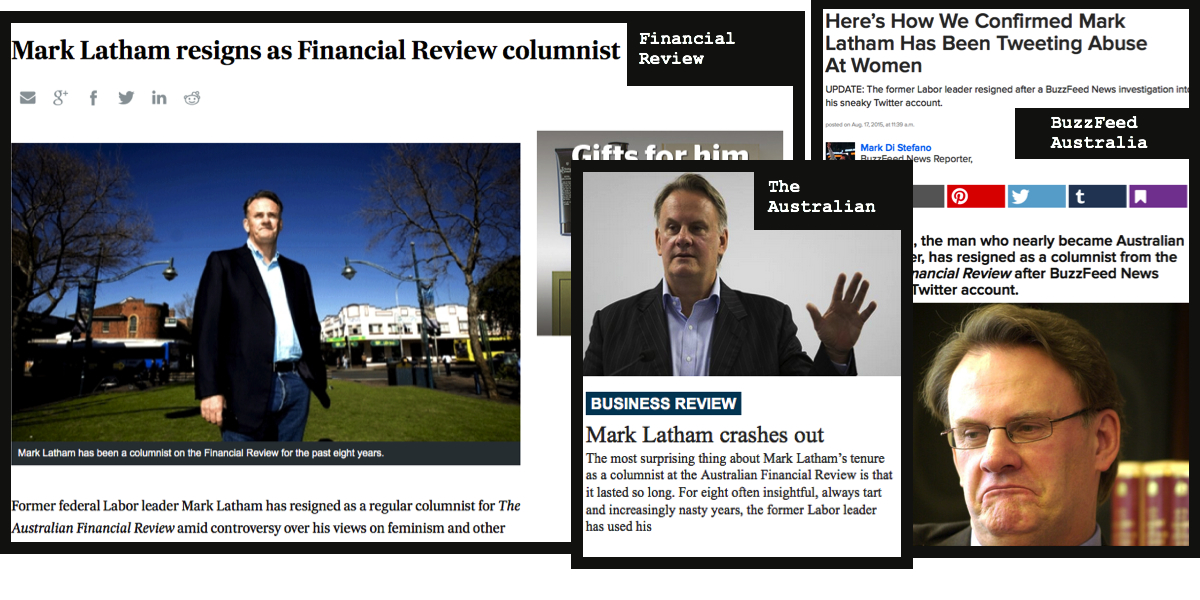 From around the web: Mark Latham resigns as Financial Review columnist after eight years

Former federal Labor leader Mark Latham has resigned as a regular columnist for The Australian Financial Review amid controversy over his views on feminism and other social issues, reports the Fairfax Media business daily.
Latham, who has been a columnist on the Financial Review for the past eight years, and more recently AFR Weekend, told the Financial Review‘s editor in chief Michael Stutchbury on Sunday that he had written his last column for the masthead.
Stutchbury said reports and social media speculation that he had been dismissed by the Financial Review were incorrect.
Some feminist websites and activists have campaigned against Mr Latham’s columns, including by complaining to Westpac, which presents the successful Women of Influence awards with the Financial Review.

•  Sharri Markson in The Australian

The most surprising thing about Mark Latham’s tenure as a columnist at the Australian Financial Review is that it lasted so long.
For eight often insightful, always tart and increasingly nasty years, the former Labor leader has used his political column to attack his enemies and prosecute personal vendettas.

A BuzzFeed News investigation revealed Latham appeared to be trolling high-profile Australian women online using the guise of Twitter account @RealMarkLatham.
BuzzFeed News alerted the AFR to the existence of the Twitter account last week and received no response from Fairfax Media or Latham to repeated questioning.