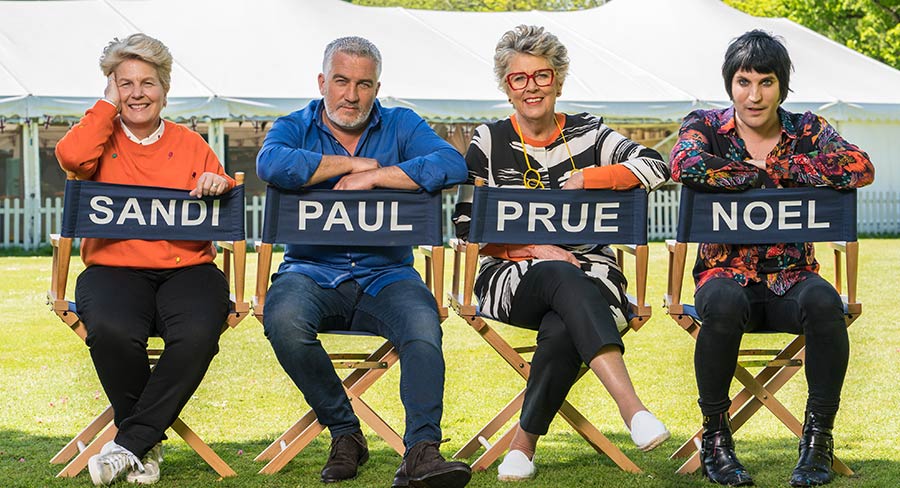 Sixteen chefs again compete for a job as head chef – but this season there is a twist! This year it’s the “Rookies V Veterans” in the Gordon Ramsay-hosted reality series.

Davina McCall and Nicky Campbell are back to present the documentary series that aims to reunite family members who are desperate to find long-lost relatives after years of separation.

LUXURY STUNT – From Thursday December 13 at 8:30pm on Lifestyle

Over three weeks, Lifestyle highlights the extravagant and luxurious lives of the wealthy with three new series:

There’s nothing we delight in more than showering our loved ones with presents and if you’re one of the UK’s millionaires or billionaires, then the sky’s the limit when it comes to the act of giving up. We go behind closed doors of the craftsmen and women producing lavish gifts with price tags to match.

We dive into the exclusive world of wealthy mums and dads and their super-rich babies and young children; meeting the people tempting them with services that cater to their every whim and desire. These include Crystal de Gale, baby shower party planner, and Debbie Wingham, a kids’ birthday cake maker who charges thousands for her culinary creations.

We look into the luxurious lives of children from wealthy families, including the teenage son of a Formula One entrepreneur who has access to personal chauffeurs and fitness trainers. The programme also looks at the companies able to make a profit by catering to the youngsters’ every whim, from party planners to the manufacturers of miniature super cars.

BUYERS BOOTCAMP WITH SCOTT McGILLIVARY– From Thursday, December 13 at 9:30pm on Lifestyle HOME

Scott McGillivray offers a real-life opportunity for amateur investors to partner with him to buy – and profit on – investment properties throughout North America. Scott puts up his own cold, hard cash on deals with amateur investors and together, they either sink or swim.

The much-loved and award-winning UK version of The Secret Life of 4 and 5 Year Olds, returns with an all-new cast of children. The series that lifts the lid on the drama of life in the playground is back, offering an intimate and fascinating window on the ups, downs, tears, tantrums, and triumphs that unfold when a class of children meet each other for the very first time.

THE GREAT BRITISH BAKE OFF S9 – From Tuesday, January 8 at 8.30pm on Lifestyle FOOD

The Great British Bake Off is the ultimate baking battle where passionate amateur baking fans compete to be crowned the UK’s Best Amateur Baker. Over the course of 10 hour-long episodes, the series follows the trials and tribulations of the competitors, young and old, from every background and every corner of Britain, as they attempt to prove their baking prowess. Each week the bakers tackle a different baking skill, which become progressively more difficult as the competition unfolds.

Kirstie and Phil are back in a brand new series of the show where they’re helping couples who’ve fallen out of love with their houses and reunited a divided Britain one home at a time. Each episode will see the nation’s favourite property pairing meet families whose house no longer fits their requirements. After listening to their issues, Kirstie will set about transforming the home using the family’s own savings – she wants to convince them that doing up their home and learning to love it again is the best way forward. While Kirstie is knocking down walls, Phil will – in his words – use his time “more wisely”, tempting them with stunning new houses as he thinks selling up and listing is the best option. BROTHER VS BROTHER S6 – From Thursday, January 10 at 8:30pm on Lifestyle HOME

Season 6 of Brother vs. Brother moves the sibling-rivalry competition between Jonathan and Drew Scott to the hot real estate market of San Francisco, where the brothers once again put their home-improvement and house-flipping skills to the ultimate test. The guys each buy – sight unseen! – renovate and sell a Bay Area home, and they each have a six-figure budget. Whichever sibling’s property scores the highest resale value increase wins the overall battle and – most importantly – claims unlimited bragging rights. JD, the older Scott brother, serves as host and behind-the-scenes reporter.

Chef John Torode goes on an incredible journey to track down the best food in the Middle East – hunting down the most inspiring local cooks and discovering the distinctive flavours of each country’s cuisine. Cooking on location with local chefs, each episode sees John recreate three sumptuous dishes. John Torode’s Middle East is a gorgeous gastronomic exploration of the region’s most dazzling destinations, and offers tips to viewers who want to recreate some of the meals at home.

GRAND DESIGNS HOUSE OF THE YEAR S4 – from Thursday, January 31 at 8:30pm on Lifestyle

Kevin McCloud, Damion Burrows and Michelle Ogundehin will explore the 2018 longlist of homes, all vying for the accolade of being named House of the Year. The team will explore some of Britain’s most architecturally daring homes, revealing the secrets of their construction and explaining the design merits of each building.