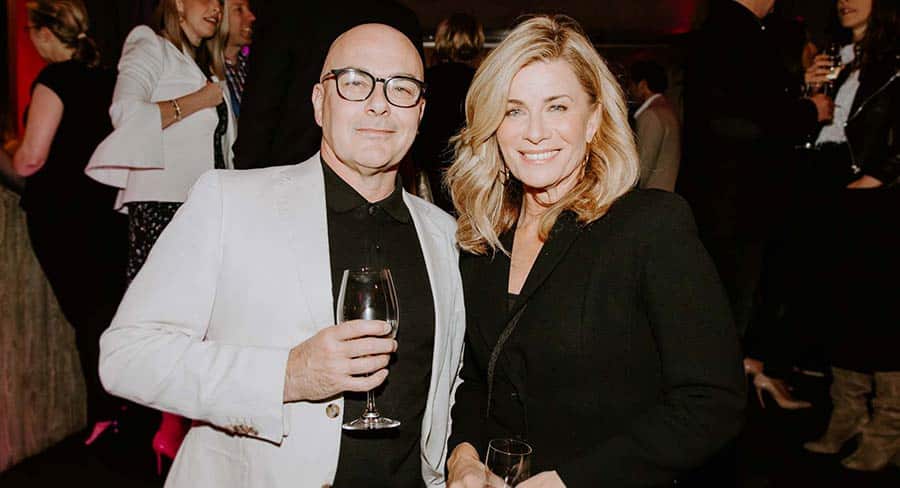 The evening started with Eddie McGuire finding time in a busy schedule to make the trip to Sydney to spruik the subscription TV platform to advertisers.

McGuire started paying tribute to Fox Footy’s Danny Frawley, revealing he had last seen him on Saturday night as they shook hands at the end of an episode of The Bounce as McGuire took over hosting that night’s AFL finals coverage.

McGuire also recalled his Foxtel TV journey and how Frawley had been a key component at Fox Footy when the channel launched.

Then, in the first of two outfits last night, Mark Frain strode onstage to talk about the rebrand of MCN. The CEO assured advertisers that Foxtel Media is much more than a name change. It will offer an enhanced viewing experience, which will be both great news for advertisers and viewers.

Foxtel CEO Patrick Delany jumped onstage for the first time to give his own tribute to Danny Frawley before he introduced a Foxtel reel. 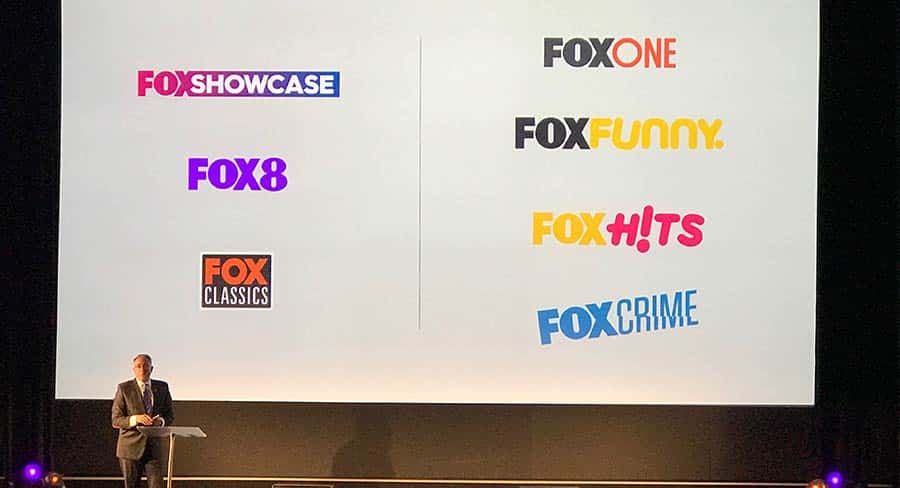 Delany then noted a number of recent Foxtel achievements that included successful iQ4 upgrades and the launch of Kayo.

Delany also mentioned the recent BBC deal and the impending launch of BBC Earth. He congratulated local BBC boss Jon Penn, who was in the audience, about his recent regional promotion.

Delany loves a live demo and he didn’t disappoint last night with a short iQ4 navigation session, revealing some of the functionality will also soon be available in iQ3 boxes.

Addressing the agency executives in the room, Delany talked about the content shakeup, noting that while Foxtel supplies much content on demand, live TV is still a significant part of its pitch to viewers.

Foxtel then showed a reel with Foxtel favourite, and former Channel [V] host, Renee Bargh walking around the Fox lot in Los Angeles, explaining that Foxtel is the exclusive home of Fox content in Australia. Bargh is now the host of the weekend edition of the entertainment program Extra in the US.

When the reel ended, Delany said. “And that’s just the start. There are more Fox channels to come.”

When talking about TV advertising, Delany showed a page from an old David Jones publication featuring tips from his mother Maureen Duvall about advertising on the medium. Duvall was a spokesperson for DJs for many years and later was a TV regular.

He threw to an interview held at Sky News with Peter Stefanovic interviewing Foxtel Media’s Nev Hasan. The TV sales executive talked about initiatives that include Foxtel dropping all mid-roll advertising from on demand content. It is also introducing two new formats. “What are they,” asked Peter. 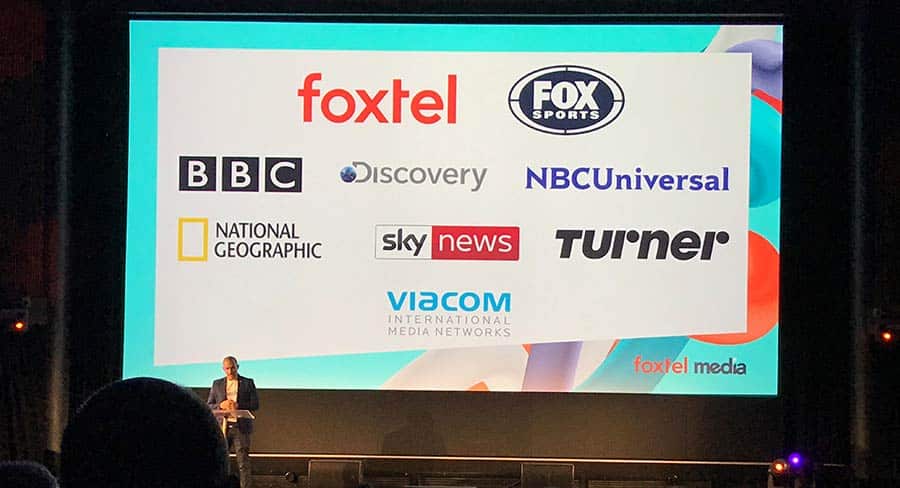 Frain then revealed a partnership with Samsung where advertisers can sponsor a tile on smart TV menus that will show trailers.

It was then time for the Wendy Moore show that started with a short clip of Foxtel’s general manager of the Lifestyle Group taking a tour of the Foxtel On Oxford venue with Andrew Winter and Neale Whitaker. “Will you love it or list it,” asked Moore. 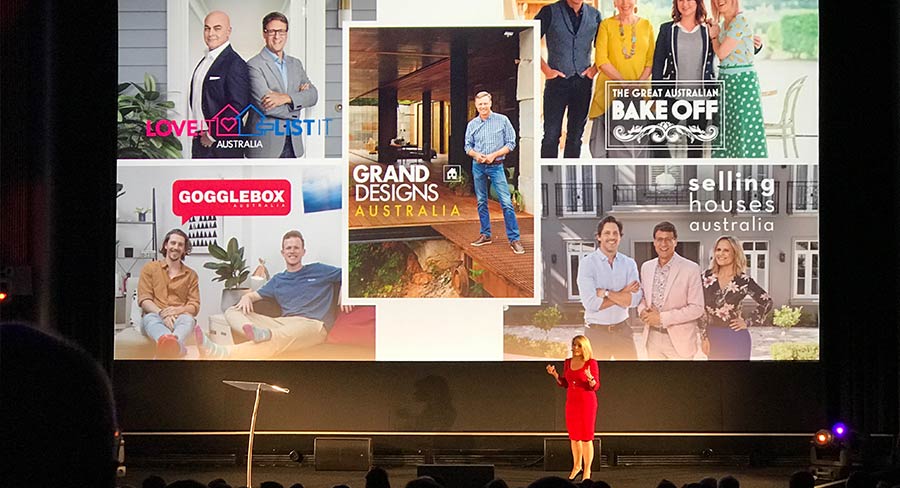 Moore than explained the refresh of the Lifestyle brand and the importance of women to the platform.

“We have an audience of women hungry for content,” she said.

Moore than revealed the four pillars that make up the Lifestyle offer: Discovery, Emotional connection, Optimism and a Sense of belonging.

That all leads to Foxtel viewers using Lifestyle as their “happy place”.

Two new commissions that will be part of the new Lifestyle are Deborah Hutton’s Find Me a Beach House and Scott Pape’s Money School.

Moore than explained that the Arena channel will now sit within her Lifestyle group, although the name won’t be changing. The tagline for marketing Arena is “Everyone needs a bit of glamour in their life”.

The channel will be the home for another season of The Real Housewives of Melbourne. Casting is underway for new Housewives to join the franchise.

The presentation finished with a summary of the highlights from Foxtel Media’s chief sales officer David Roddick.

He started with a card trick and ended by building an onscreen to do list that advertisers could use for future engagement with Foxtel Media.

Foxtel then fed its guests in the lobby. Included was a baking spread that looked like it had just come from the set of The Great Australian Bake Off.