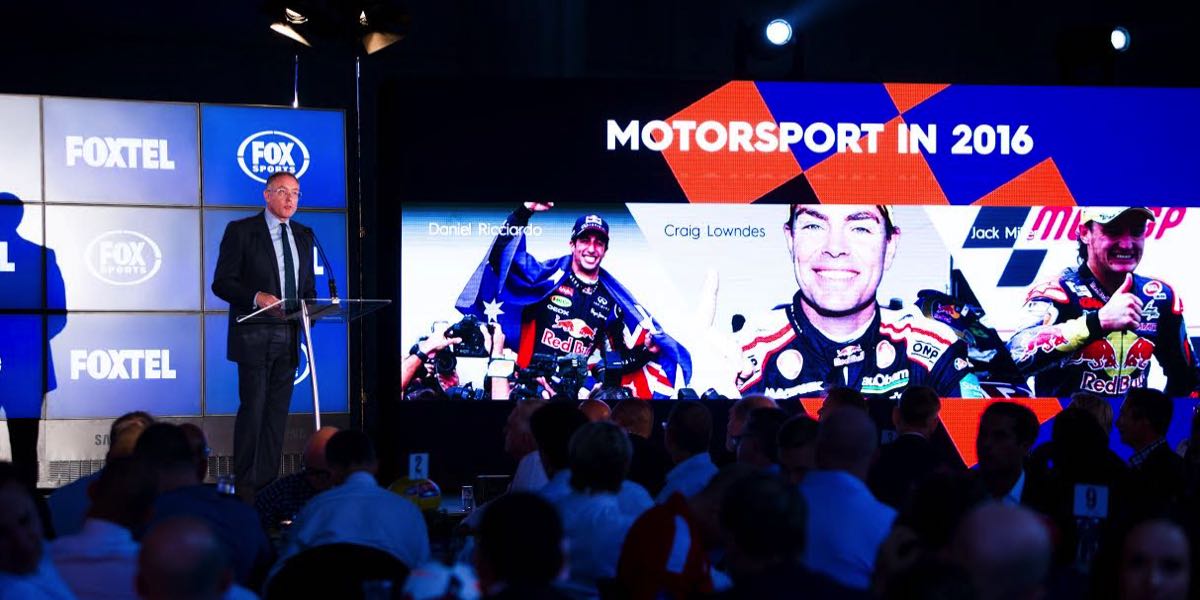 Fox Sports has revealed its 2016 winter schedule, with every NRL and AFL game to be broadcast live in HD

Fox Sports yesterday unveiled complete details of its 2016 winter schedule with every NRL and AFL game to be broadcast live and uninterrupted in HD.

Following 2015’s landmark NRL TV rights deal, for the first time ever, no matter what their favourite code, fans will now be able to watch their team, every round, live, exclusively on Foxtel.

With seasons set to get under way across AFL, Super Rugby and motorsport; NRL slots in as the final piece of the puzzle, as Fox Sports continues its commitment to delivering the biggest and best sports broadcasting experience to millions of fans across the country.

For the first time ever, fans will be able to watch every NRL Telstra Premiership game before the Grand Final live, with no ad breaks during play and in high definition.

Every scintillating second of play across the season will be watched, analysed and debated by the game’s most enigmatic and entertaining lineup of presenters and commentators.

AFL – The best just got better

Fox Footy continues to be the front-runner across AFL and the only place where fans can see every match of every round with an unrivalled lineup of entertainment shows on the only 24/7 dedicated AFL channel. Hot off the heels of 2015’s historic rights deal, 2016 is shaping to be the biggest year yet with new faces Dyson Heppell, Brian Lake and Jack Riewoldt along with Chris Scott joining AFL 360 – making the best in the business even better.

As well as AFL 360, there’s On The Couch (with news panellist David King), Open Mike new to Tuesdays at 8:30pm, Winners Re-Booted, League Teams, Bounce and the all new AFL Tonight with Jake Niall. Friday night on Footy on Fox will be bigger than ever while Sandy Roberts will deliver the most complete coverage of five games each Saturday, live.

Super Rugby – In a league of its own

With the introduction of three new teams to the expanded Asteron Life Super Rugby season in 2016, Fox Sports will make sure fans are able to see every match of what is shaping up to be an explosive new era for the sport. Stars from Argentina and Japan, born on the world stage at the 2015 Rugby World Cup, will take on each other as well as the best from New Zealand, South Africa and Australia, as 18 teams battle it out to be crowned champions.

Fox Sports’ successful 360 stable is adding a rugby franchise, with Rugby 360 launching on the eve of the Super Rugby season to look at the game from every angle. Former Wallabies Greg Martin and Rod Kafer will host the Wednesday night show, with players, coaches and legends joining on a rotating basis, including the likes of Michael Cheika, Mick Byrne, Phil Kearns and Tim Horan. The panel will discuss and debate all the big issues plus look at everything making headlines and all the talking points from the week in Rugby.

Fox Sports CEO Patrick Delany (pictured) said: “Thanks to our partnership with Foxtel, we are able to showcase some of the best sporting competitions in the world. If you have an Australian team that you follow, we have it live. Australia is a proud sporting nation and nowhere else in the world can you access the depth and breadth of sport than you can with us, exclusively through Foxtel.”Commenting on the ground-breaking lineup on Fox Sports, Richard Freudenstein, CEO at Foxtel, added: “We have a wonderful lineup of sport this year on Foxtel – every AFL, NRL, V8s, Super Rugby, MotoGP and Formula 1 race or game, every round is live and in HD. This, alongside coverage of all the golf majors, the ANZ Championship, the World Surf League, the Socceroos, the Diamonds, the Wallabies and more means there has never been a better time to be a sports fan in Australia, or a better time to have Foxtel in your home.”