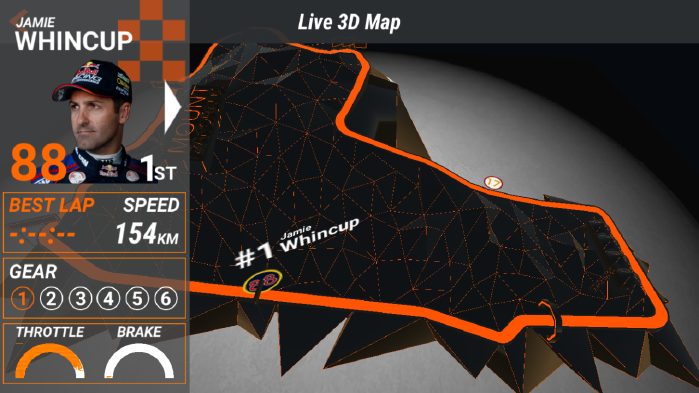 The Fox Vision cameras will offer a fresh perspective

Fox Sports’ Fox Vision App, powered by Supercheap Auto, is back, with a number of enhancements and new features ahead of this year’s Supercheap Auto Bathurst 1000.

The Fox Vision cameras will offer a fresh perspective, allowing fans to experience the drama and excitement of the pits and as the high performance Supercars speed down the mountain.

Fans will also be able to track the position of the top ten drivers on the track, through an interactive 3D replica map of Mount Panorama.

Fox Sports’ head of innovation Todd Procter said: “Fox Vision is about giving Supercars fans the ultimate companion app for the biggest race of the season. The app will complement the broadcast by delivering all of the key information and statistics while viewers watch the race on TV. The live 180 degree camera will let fans taste the adrenaline of Pit Lane and watch from the top of the mountain. And with features like our 3D interactive map and driver race statistics, the app is the ultimate Bathurst 1000 second screen experience.”

Fox Sports’ presenter Jessica Yates said: “Bathurst is one of my favourite races on the Supercars calendar. It’s nonstop action and this year’s race will have the extra intensity of a close championship battle between Jamie Whincup and Scott McLaughlin – one mistake and it could be game over for either driver. It really is all on the line in 2017. And between our 24/7 dedicated Bathurst channel and the new Fox Vision App, fans will be able to experience the Great Race like never before.”

Fox Sports’ dedicated 24/7 Bathurst channel is up and running on Fox Sports 506, with classic races and a number of entertainment programs including the all-new Bathurst Top 10 Shootout and Bathurst Heroes & Legends, plus Inside Supercars, Supercars Life and Pit Lane Live.