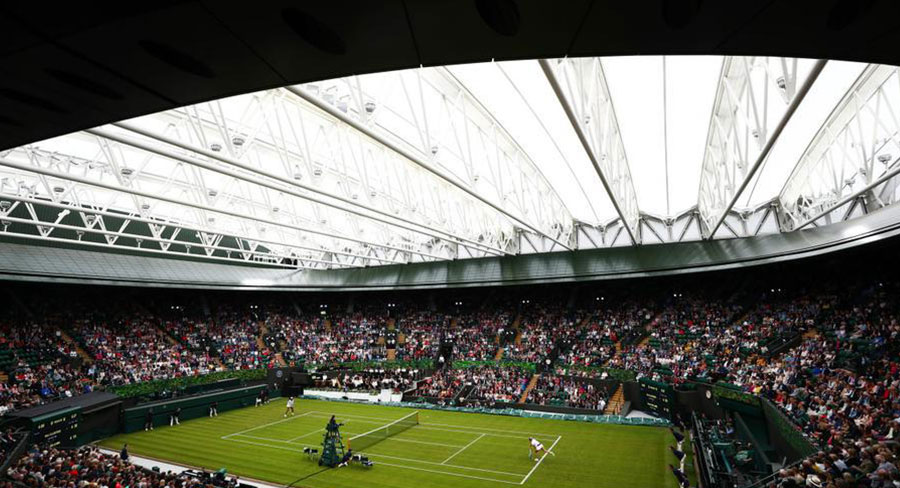 Fox Sports will deliver tennis fans coverage of the year’s third and most prestigious Grand Slam when The Championships, Wimbledon 2019 swings into action on Monday, July 1.

Fox Sports will air over 200 hours of live coverage in HD of the tournament from the opening day through to the Quarter-Finals.

Fox Sports will broadcast delayed coverage of the tournament from the Quarter-Finals onwards.

The world’s most famous grass tournament will take place at the All England Lawn Tennis Club in London, United Kingdom with the first serve from Monday, July 1 and will feature the world’s best tennis players vying for the title and trophy.

Aussie hero Ash Barty comes into the tournament on a high after a history breaking title win at Roland-Garros and soaring her way to a record breaking world No. 1 ranking with her Birmingham win. Also crowd favourite, Barty has great form on grass and has previously won the women’s singles title at Junior Wimbledon in 2011.

Prior to the day’s on-court coverage tennis fans will be treated to a special live pre-show Daily Serve with a full panel of talent, hosted by Fox Sports expert commentator Adam Peacock, who will be joined by tennis greats Boris Becker and Kim Clijsters to preview all of the action.

Fox Sports will also showcase daily highlights of the competition meaning tennis fans won’t miss a moment of the action.

“Wimbledon is the best tournament in the world and there is never shortage of storylines, especially this year after Ash’s success in Paris. Each day we’ll delve into the big topics, and have a few laughs of course, on the Daily Serve with two undoubted legends of the sport in Boris and Kim,” Peacock said.

In the women’s tournament Barty will be up against reigning 2018 champion Angelique Kerber and former world number one Naomi Osaka, as well as the likes of Serena Williams, Simona Halep, Sloane Stephens and Petra Kvitova.

In the men’s competition, world number one Novak Djokovic returns to defend his 2018 title and will face a strong field of competitors including Roger Federer, Rafael Nadal, Dominic Thiem, Stan Wawrinka and Alexander Zverev.