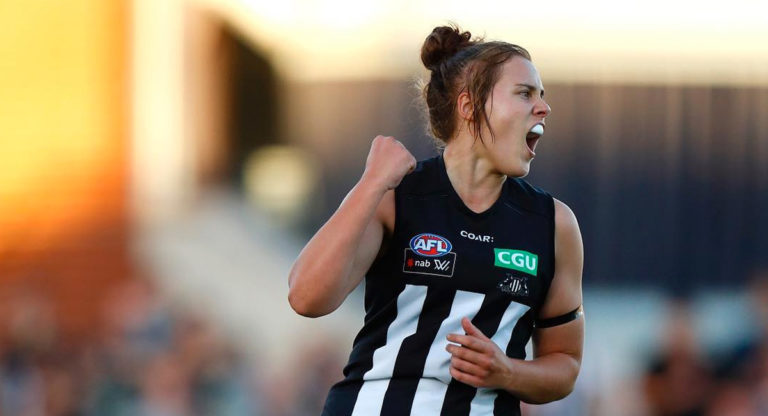 • The FoxW pop-up channel begins from 12.01am Thursday, April 1st

Fox Sports celebrates women’s sport in April, showcasing the best in Australian and international women’s elite sport with the return of FoxW, a dedicated pop-up channel featuring live women’s sports, documentaries, and specials available to watch on Foxtel and stream on Kayo.

The FoxW pop-up channel (Fox Sports Channel 511) begins from 12.01am Thursday, April 1st and will be available from April 1-30. FoxW is in addition to the regular appearance throughout the year of women’s sport on all other Fox Sports channels and Kayo.

“As Australia’s leading producer and broadcaster of sports, we are committed to celebrating women’s sports and sportswomen by making them more visible and accessible. FoxW is another way to demonstrate that commitment, adding to our year round Fox Sports coverage of women’s sports available to watch on Foxtel and stream on Kayo.”

Series to be showcased live include:

After an exciting home and away season, the AFLW Finals Series kicks off on Saturday, April 3. The top three teams in each conference qualifying to face off in the elimination and preliminary finals leading up to the grand final.

With many of the Matildas scoring the opportunity to play for clubs internationally, this W-League season saw over 40 plus potential young Matildas feature more widely this season. The 2021 Westfield W-League comes to its peak with the semi-finals on April 4 and 5 deciding the two qualifying teams to go head-to-head in the grand final on Sunday, April 11.

With preparations commencing for the 2021 Tokyo Olympics, our Westfield Matildas play in two international matches, facing European powerhouse Germany on April 11, and FIFA Women’s World Cup silver medallists Netherlands on April 14. This will be the first time our women’s national team will be in action since qualifying for Tokyo, and will also give us a first look at Matilda’s new head coach Tony Gustavsson at the helm.

Our world champion cricketers head over the Trans-Tasman to face the White Ferns in three ODI’s this April. Captain Meg Lanning will lead the Aussies in the white-ball competition on April 4, 7 and 10. There, Australia will also have the chance to break the world record for the most consecutive ODI wins by any team (women’s or men’s).

The 2021 Women’s Championship Tour of the World Surf League gets underway in April with double-header events hosted on our very own shores. The Rip Curl Newcastle Cup from April 1-11 directly followed by the Rip Curl Narrabeen Classic from April 16-26. Aussie world number one Tyler Wright alongside Sally Fitzgibbons and Stephanie Gilmore headline the field.

Argentina will host Germany in the Women’s FIH Pro-League Hockey on Sunday, April 4.

The Australian Women’s Baseball League Showcase will feature a double-header between Adelaide and Brisbane on Saturday, April 3.

FoxW will also feature a range of sport documentaries and specials throughout the month, including:

Masterclass: Alyssa Healy, Australian cricket superstar Alyssa Healy joins Fox Cricket host Isa Guha for a session in the nets to share some of her favourite cricketing tips and stories.

The Season, Follow one of Australia’s most accomplished basketball schools, Hillcrest College, as they embark on a campaign to secure a state and national title while aiming to further enhance their students’ experience both on and off the court.

FoxW pop-up channel will be available on Foxtel, and to stream on Kayo, Foxtel Go, and Foxtel Now.