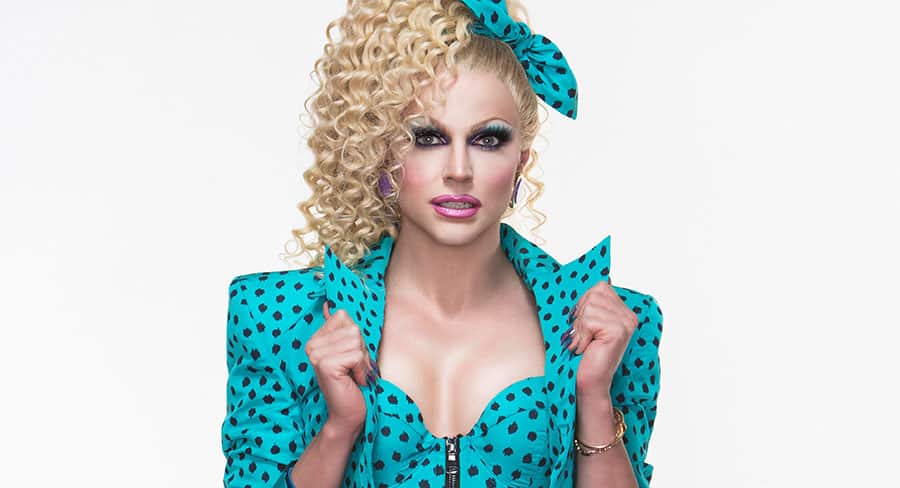 “Nova said do you want to do a podcast? And I said Yeah! What if I do it with my best friend?”

In February of this year, best friends and drag queen stars Courtney Act also known as Shane Jenek and Vanity also known as Benjamin Moir launched the podcast Brenda, Call Me! On the Nova Podcast Network.

Mediaweek spoke with Jenek about the pairs foray into podcasting, if the pair have a future on radio, and what is left on Jenek’s creative bucket list.

Jenek said that the origin of the name came from the pair always calling each other Brenda despite Jenek originally not knowing the reason why.

“It’s from a movie called Mad House with Kirstie Alley from the ’90s and there is this one random line where she is like ‘Brenda call me’, and we would just always call each other Brenda. We would be on opposite sides of the world, and not really have a good grip on time zones and who was awake or not so we would just send a message that said ‘Brenda, call me!’ If we wanted to talk. I don’t even think that I have seen the movie.”

Another reason for the show’s name is that they were going to be doing the show remotely, but due to the pandemic they are doing it together for now.

“It’s nice to see my friend but it is definitely a lot easier just sitting across from them in the Nova studios in Sydney.”

The pair have been friends for over 20 years, and when Nova reached out Jenek knew who they wanted to do the show with.

“Nova said do you want to do a podcast? And I said Yeah! What if I do it with my best friend?” 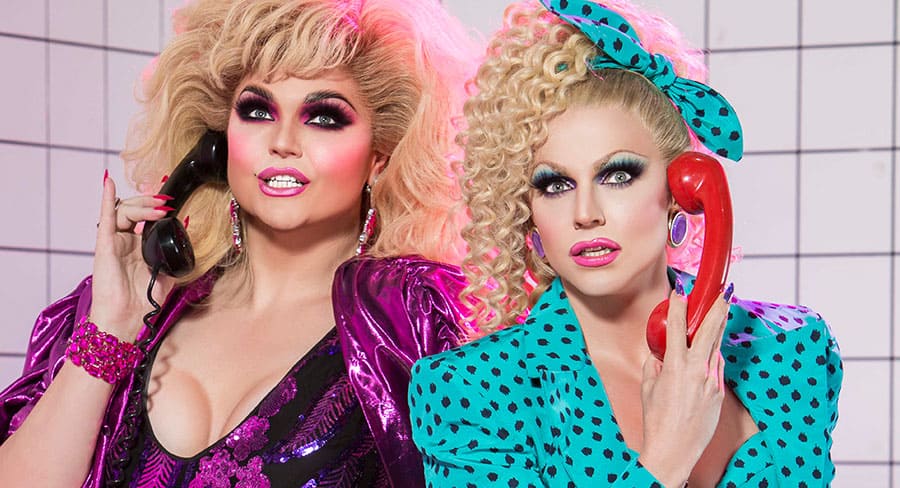 The pair normally has a Zoom meeting the day before they record to discuss the content for that week’s episode.

“The ideas have come pretty organically so far; they have just been about our journeys. We just chat about what has been going on in the week during our production meeting and if there is anything in the media, or that we have been doing that we want to talk about, and we map out what that might be.

“Recently we had all these things written down that we wanted to talk about and then we started talking about mental health and that ended up being the crux of the episode, which was more interesting than what we had planned anyways.”

Jenek said that doing a podcast has been more glamourous and fun than either of them had anticipated.

“I have done lots of peoples podcasts and normally you are sitting in someone’s lounge room or you are recording it yourself from your place, but because it’s with Nova we go into these big glamourous recording studios and it’s so fancy. They have got all these cameras in there and do all of the editing and cut up cute little videos for us to post on our social media and it’s like a fully supported team. As drag performers we are used to doing a lot of things ourselves, even in my career with the show I am doing, I am doing all the bits and pieces. With this, we just talk for two hours and then Nova edits it and sends it to us and we listen and say yep! That sounds good or maybe not that part!”

Jenek said that there is a lot of drag podcasts but they are the only one with Australian flavour.

“As far as penetrating Australia, it is just something that makes Australians go ‘oh this is for us’, you can hear a lot of American podcasts but it’s nice when you hear an Australian one and it sounds very familiar.”

Jenek thought everyone would listen in the first week but then slowly peter out but that hasn’t happened, with listeners increasing week on week.

“Over Mardi Gras, Vanity and I were out after the parade and people were like ‘oh hi Brendas!’ and talking to us about things on the podcast and it was the first time that I realised that people listened to our podcast. They would say ‘have you seen Brenda anywhere?’ and I would be like how do you know that! Ah right you listen to the podcast.” 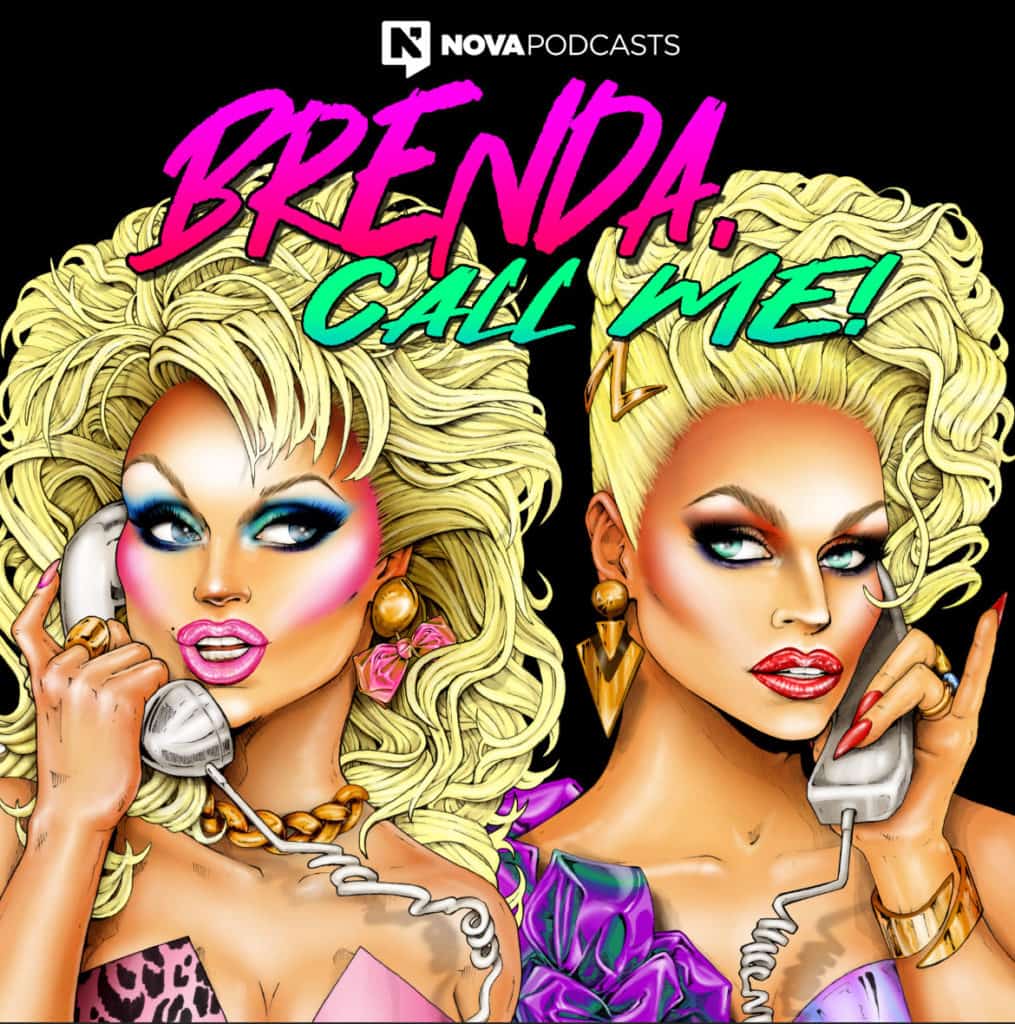 Would they go to radio?

With the musical chairs of commercial radio always in motion, Jenek said that they don’t plan to give up the glamorous life of podcasts for the early mornings of breakfast radio just yet.

“Everyone’s got a price, but I am pretty sure the answer to that is no. We will leave that to the professionals.”

ANZ is the principal partner for the podcast with the bank also having a long history of being the main sponsor for the Sydney Mardi Gras, which Jenek thinks makes them a great fit for the show.

“Lots of corporates and banks have come on board and sponsored pride festival event across the world in the last say four to five years and that’s wonderful, but the fact ANZ was there long before it was cool to be queer, I think is really nice.

“They get it right over there when it comes to queer stuff so it’s not just slapping a rainbow on a brand it is really like top to bottom integration.”

“I like getting to hear other people’s stories in a longer format kind of way, not just a quick what new album are you promoting. I love to hear different stories of different types of Australians, and I think that storytelling is so important.