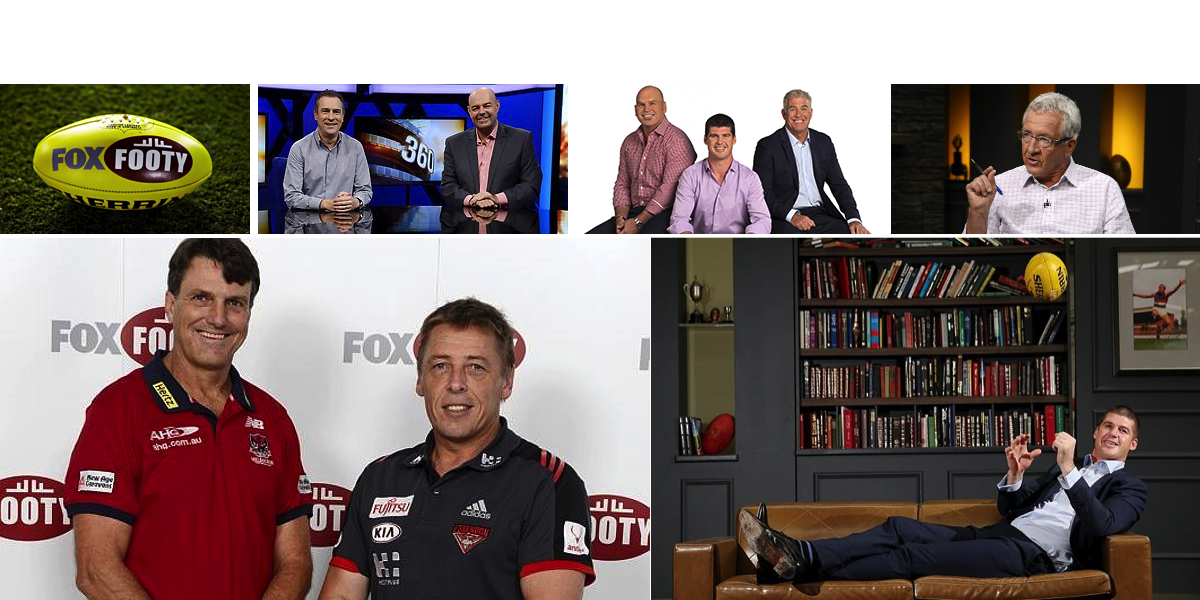 The Foxtel channel announces new additions to its AFL commentary team and programs.

Sports journalists Gerard Whateley and Mark Robinson returned to Fox Footy last night with a new season of their must-watch daily program AFL 360. Collingwood coach Nathan Buckley made his AFL 360 debut alongside Melbourne’s Paul Roos in their regular Monday night appearance.
Premiership player Jordan Lewis and Essendon’s Brendon Goddard will join Gerard and Robbo on the panel each Tuesday for Players Night, and then on Wednesdays Mark “Bomber” Thompson, David King and Mark Maclure line up for Legends Night.
Thursday night is Fight Night on AFL 360 where two of the league’s hard men, Barry Hall and Cameron Mooney, drop in to duke it out over the game’s big issues.
Straight after AFL 360 last night, Brisbane Lions’ champion Jonathan Brown (pictured) joined Gerard Healy and Jason Dunstall for the first time on On the Couch at 8.30pm. The Couch welcomed AFL chief executive officer Gillon McLachlan to address some of the biggest issues facing the league this season.
Mike Sheahan’s Open Mike then returned at 9.30pm for a special one-hour episode, featuring triple-premiership player Jonathan Brown. Brown discussed the highs and lows of his decorated 15-year career with the Brisbane Lions, opening up about almost leaving the club for Collingwood in 2008, and his regret for not speaking out about the controversial recruitment of Carlton’s Brendan Fevola in 2009.
The opening week of AFL features Thursday night football and no Good Friday games which changes the Fox Footy schedule this week.
League Teams will be shown on Wednesday night this week with the first AFL game being shown on Thursday night. There will be no AFL 360 on Thursday.