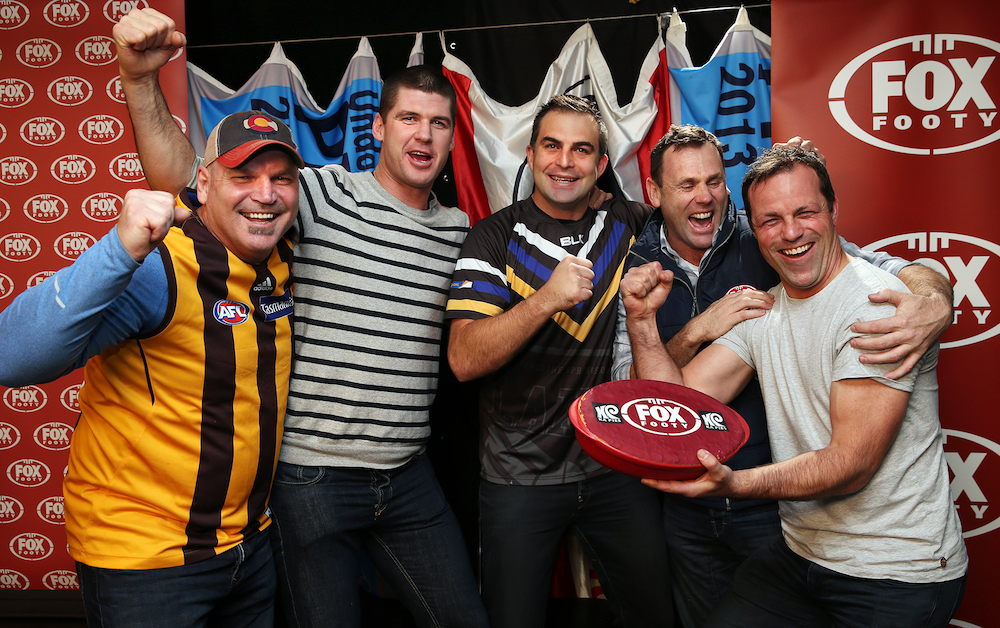 AFL legends sunk their teeth into a new challenge this week

To mark the start of four weeks of live, ad break-free during play Thursday Night Footy on Fox, AFL legends sunk their teeth into a new challenge this week – a Fox Footy pie eating contest.

Jason Dunstall’s five-man team took out the honours of the fastest team to finish the pie eating relay, with an impressive 4.36 seconds nudging out team Danny Frawley (4.42 seconds) live from the clubrooms of the South Melbourne Districts AFC.

Dunstall said after leading his team to victory: “I’d put this honour up there alongside my greatest achievements and to do it against my greatest rival in Spud makes it that much sweeter.”

During AFL rounds 14 to 17 fans can watch Thursday Night Footy on Fox Footy, ad break-free during play and in HD.