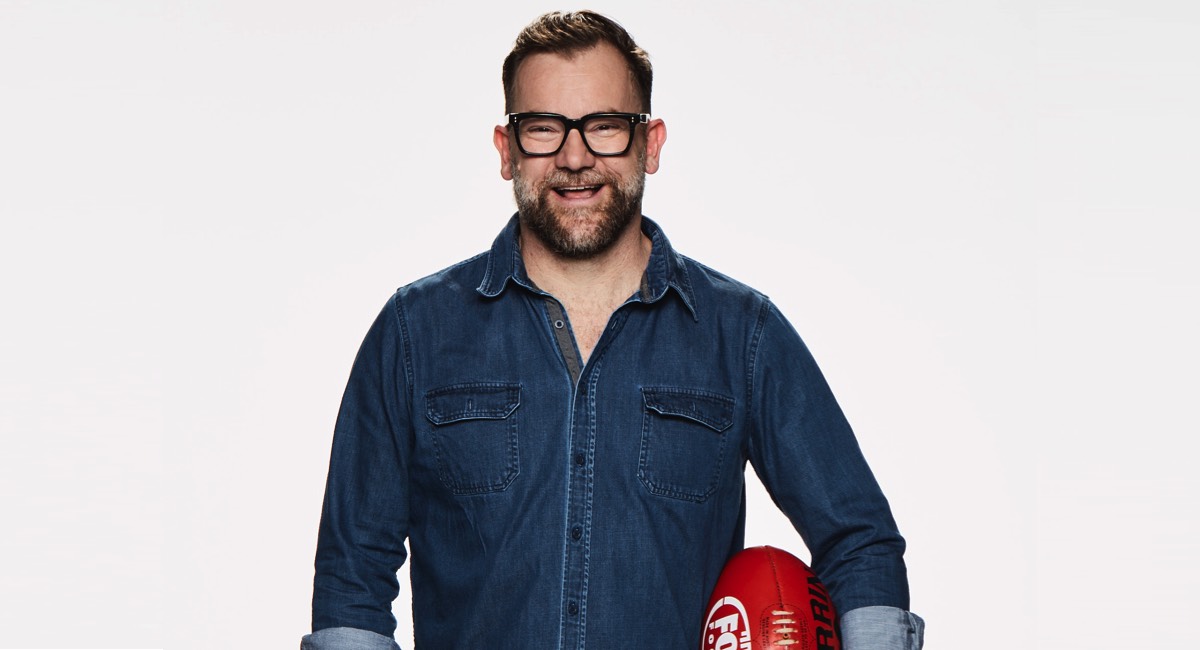 The axing of the Jo and Lehmo breakfast show on Gold 104.3 in 2017 has turned out be a blessing in disguise for its presenter, comedian and AFL tragic Anthony “Lehmo” Lehmann.

“It’s a funny old business that we work in. As much as we like to plan for the future, you never quite know what’s around the corner,” Lehmann told Mediaweek. “You do have a moment when you lose your job where you think, ‘Oh God! What am I going to do now?’

“I have been very lucky this year. I have had lots of opportunities come my way, which I am grateful for.”

This year so far has gifted him with a gig on ABC Grandstand and Fox Footy’s new quiz show The Beep Test, which will premiere on April 4. “I am getting to do some really interesting work that I perhaps wouldn’t have been able to do if I was still in my old job,” Lehmann said.

Mediaweek caught up with Lehmann a day before the show was to go to air. He was due to film the first episode of the series later in the day.

“I am a mad Hawks fan. I dressed my son up this morning in all Hawthorn gear before he went to daycare,” Lehmann said, proudly. “If he turns out to be a rebellious child, then he’ll probably end up barracking for Collingwood, which will be a disaster. [Laughs]

“But he looked so adorable in all the Hawthorn gear.”

Lehmann is one of the two team captains on the show. Former AFL player and Fox Footy commentator Brian Lake will lead the opposing team. Comedian Dave Thornton, who is a Geelong tragic, is the host.

Lake brings some actual football credibility to the table, Lehmann said. “It is much needed, rather than just being a tragic.” While much of Australia was coming to terms with going back to work after the Easter long weekend, Lehmo was gearing up to make the most of his day off on Wednesday. He’d been working constantly during the holidays with his commitments on The Project, stand-up comedy and ABC Grandstand. Working for a public broadcaster is very different from presenting on a commercial network, he said.

“When you go to air on the ABC, you have to be fully prepared for the entire show. You don’t get a five-minute ad break followed by a four-minute song to go to the bathroom, make yourself a coffee and do some last-minute research on your next guest,” Lehmann said.

The first day of presenting on public radio was “quite a shock to the system” for the experienced broadcaster. “I didn’t realise how easy I had it,” he said.

Speaking about his exit from Gold 104.3, after the Jo and Lehmo breakfast show had reached #1 in Melbourne, Lehmann said: “We were surprised by the announcement, yes, but in the end, when it actually happened I wasn’t that surprised. I know from my experience in the radio business that if you don’t have a contract signed by November, then that means you are getting boned. It’s a fairly simple equation that you can apply across all commercial radio.

“I mean, it’s always a shock, even if you vaguely expect it.”

As to what Lehmann will be doing after the AFL finishes up for the year, he said: “I will be doing a bit of stuff on Triple M until the end of the year. I will also be doing stand-up all around the place. That’s about it for the time being. I might take a holiday in October!” [Laughs.]