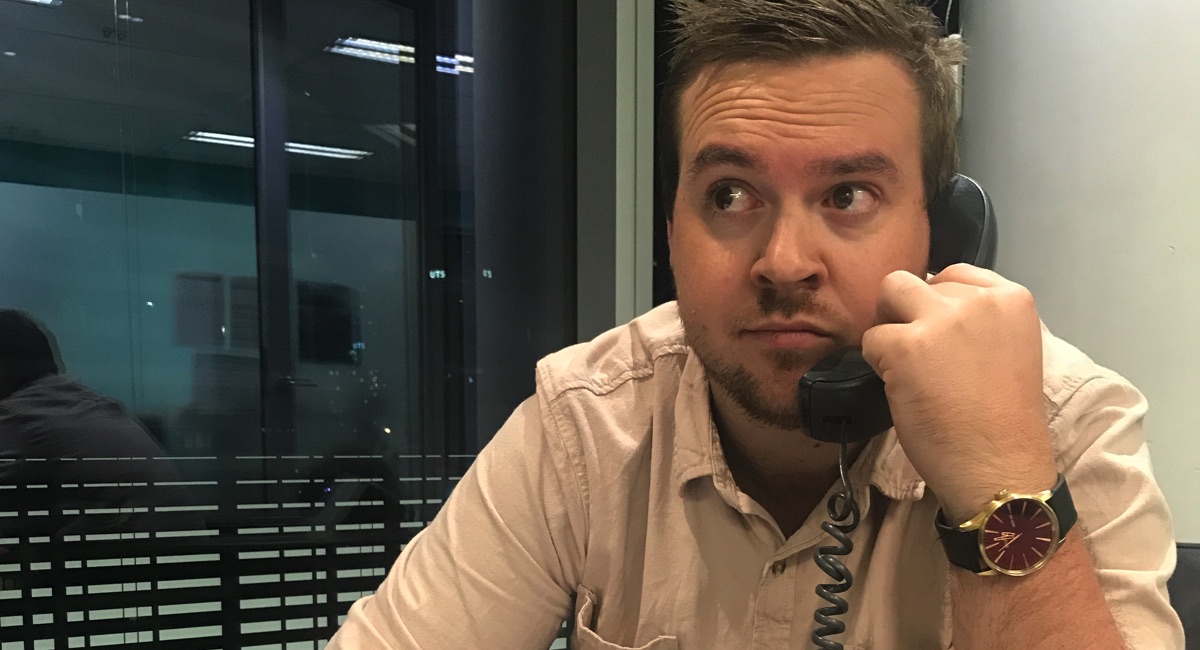 Leon Sjogren talks about his move from drive to early mornings

“I have been with the company [SCA] for eight years,” Sjogren told Mediaweek. “I started at Fox FM as a panel operator and worked my way up. Actually, when I first started producing, it was for Fifi and Jules. So I have worked with Fifi before.” 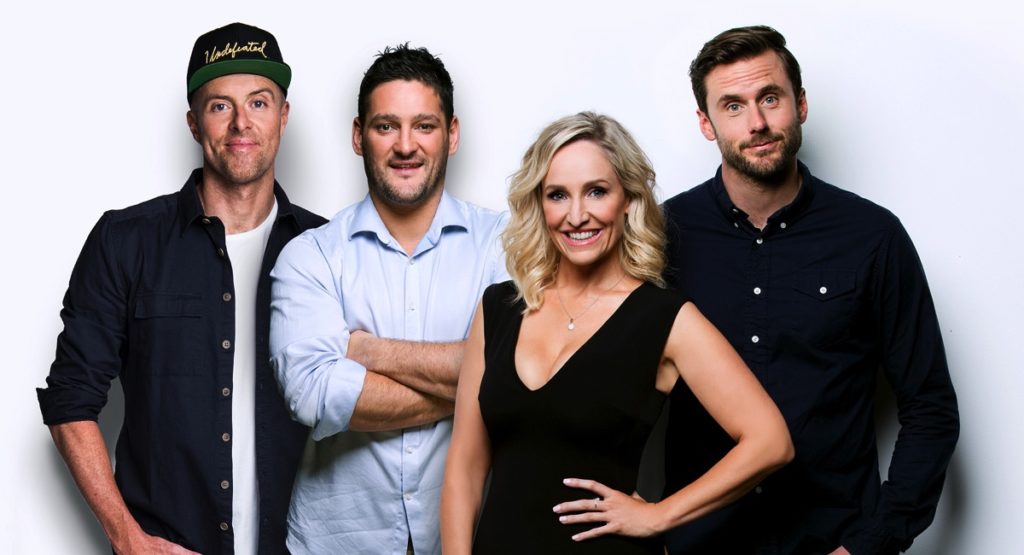 Apart from working with Fifi Box on the Fifi and Jules show, Sjogren also had the chance to work with Byron Cooke, who was the anchor on the Today Network (now called Hit Network) drive show. Through Sjogren’s work at SCA and in stand-up comedy, he has also got to know Dave Thornton. Therefore, his move back to his hometown and Fox FM was a bit of a reunion. “I’ve been wanting to come back to Melbourne for a while,” he admitted.

Prior to starting in his new role, Sjogren said he’d made it a point to listen to the program each morning.

“They all know their roles and where they fit in perfectly,” he said. “Fifi is that relatable person that everyone loves. Thorno jumps in with his funny one-liners. Fev [Brendan Fevola] is the everyday listener with a nose for sports – Melbourne is a very sports-centric city. Then Byron just ties it all together.

“There is awesome chemistry between them all.”

Having already known much of the on-air team before taking on his current job, Sjogren said he knew what was in store. However, there was one thing he wished someone had warned him about – “how much of a prankster and jokester Fev is, but I am warming to him quite quickly.”

Sjogren joined the Fox FM breakfast team at its peak in terms of ratings. This year has been somewhat of a rollercoaster ride for Fox FM’s Fifi, Dave, Fev and Byron. The breakfast team for the Southern Cross Austereo station in Melbourne started the radio survey year as the timeslot’s #5 most-listened-to show in the market, behind 3AW, ABC Mel, Nova 100 and Triple M. Then in the second radio survey, the team was placed at #6 with smoothfm 91.5’s Mike Perso and Jennifer Hansen taking over at #5. However, in the most recent survey, Fox FM managed to achieve the dramatic feat of jumping from #6 to #1 FM breakfast in just one survey.

“I’d like to think it was me, but I was only there for one day,” Sjogren said. [Laughs]

As previously reported by Mediaweek, the 2.2% jump in the latest radio survey, to record a share of 8.6%, was the second-best result for Fox FM breakfast in 11 surveys. As the executive producer for the timeslot, Sjogren has now been tasked with continuing this momentum.

“I like challenge,” he declared. “The bar has been set high, so it’s given me more of a drive to keep it up.” 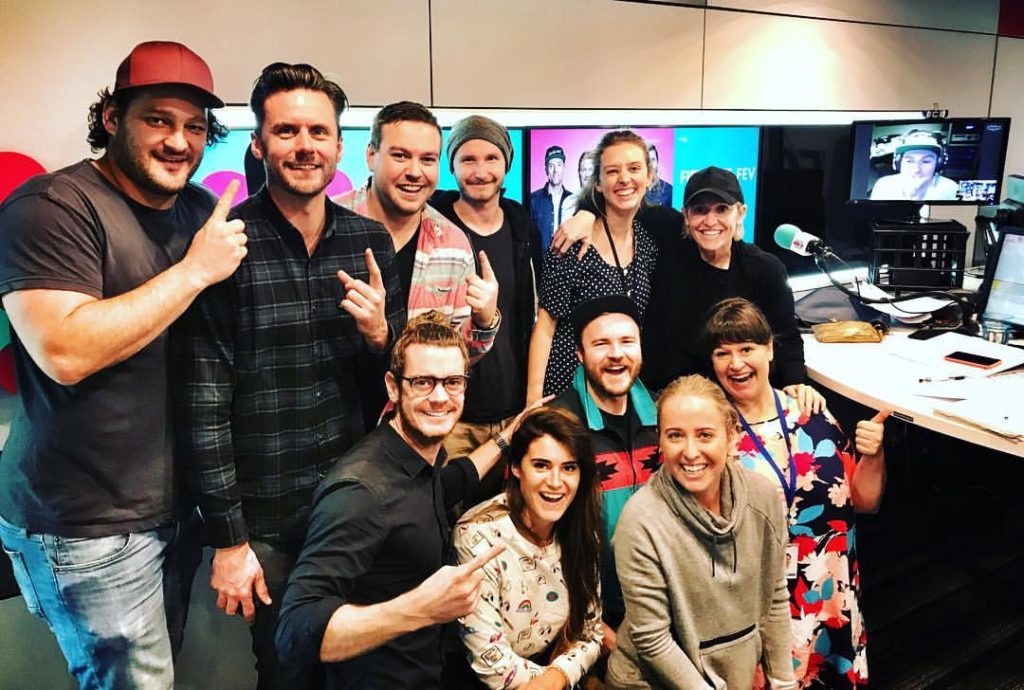 Throughout his career, Sjogren jumped between drive and breakfast. This isn’t the first time he is producing in the early morning timeslot. Following his stint on the Fifi and Jules show, Sjogren went on to the produce the Dan and Maz show on Sydney’s 2Day FM. While the show failed to make a mark in the market, Sjogren got a good taste of the controlled chaos that goes behind producing a breakfast show.

He said he was more prepared for what it would be like: “When I was doing drive, I would get in at the same time as everyone else in the morning. You can plan and change it here and there – you have that time. With breakfast, after you get in, you have an hour and a half to two hours to lock in the show. Then you hit the ground running,” he said. “Much of the news comes out in the morning, so you have to change things around as they happen. For example, with the Brighton siege last week, Fev was just around the corner from there. So that hit him hard. We could jump on the phone and take people’s calls on that.

“I tend to lock in a few things the day before just so it’s a bit easier for us. But we always lock in a show knowing it is going to change. I never want to do a show that is exactly the same as it was the day before, because the world changes every day.”

The upbeat mood was dampened a little when asked about the early morning alarms.

“It’s like a bit of jetlag now. I don’t think anyone enjoys those alarms,” Sjogren said. “But once I have had my shower and my first coffee, I don’t mind it.”

Presenters and their personal lives on air

On-air radio talents often tend to share incidents and stories from their personal lives with their audience. According to a number of executive producers that Mediaweek has spoken to in the past, this helps with establishing a relationship between the presenters and their listeners, which is an integral part of any radio show – more so in breakfast and drive.

“Everyone in radio knows that you have to be yourself. You can’t be on radio without that and talking about your life,” Sjogren stated. “But it’s up to the presenters to decide what they want to talk about. They will bring stuff to us and we will help find the angles and a great way to present that on air.”