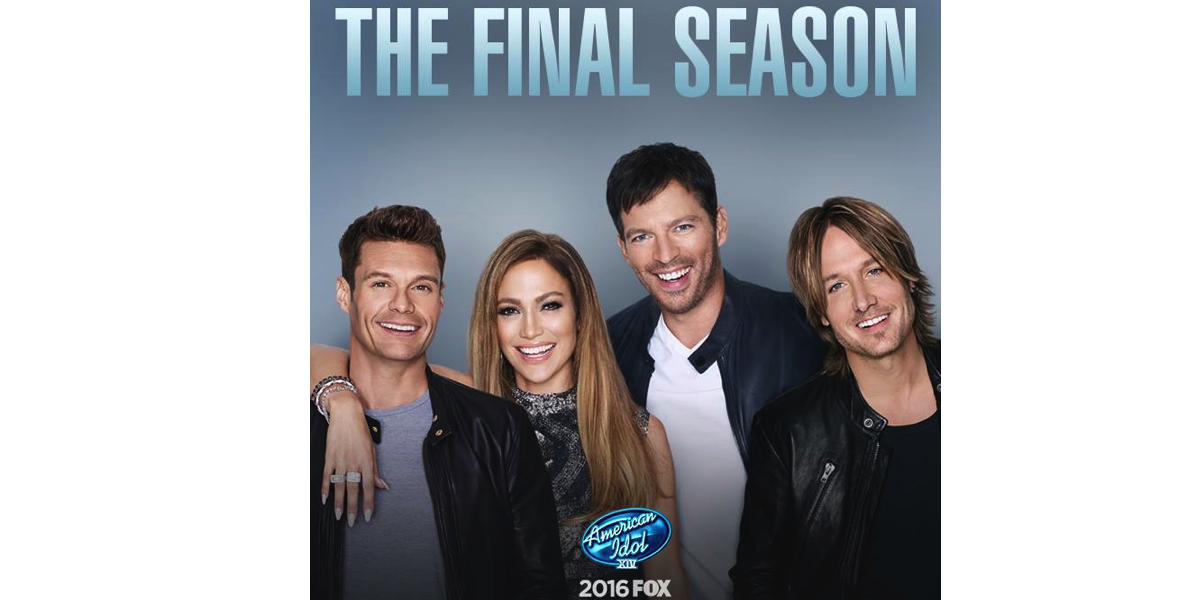 The upcoming season of the franchise, to start in January 2016, with Ryan Seacrest as host will be its last, confirmed a statement from Fox Network.

[blockquote style=”1″]American Idol will begin its 15th – and final – season this January on FOX. A season-long celebratory event, AMERICAN IDOL XV will feature host Ryan Seacrest and judges Jennifer Lopez, Keith Urban and Harry Connick, Jr., as they search for the final Idol superstar and pay tribute to the past 14 seasons of amazingly talented contestants and the millions of fans who tweeted, texted and championed their IDOLs.[/blockquote]

Just announced! @AmericanIdol will begin its 15th – and FINAL – season this JAN on @FOXTV​! http://t.co/DLJmi9U3Ff pic.twitter.com/KQffQPjMvn

the gang @JLo @KeithUrban and @HarryConnickJr will all be back at the table for our final season pic.twitter.com/QSPHDoka8z