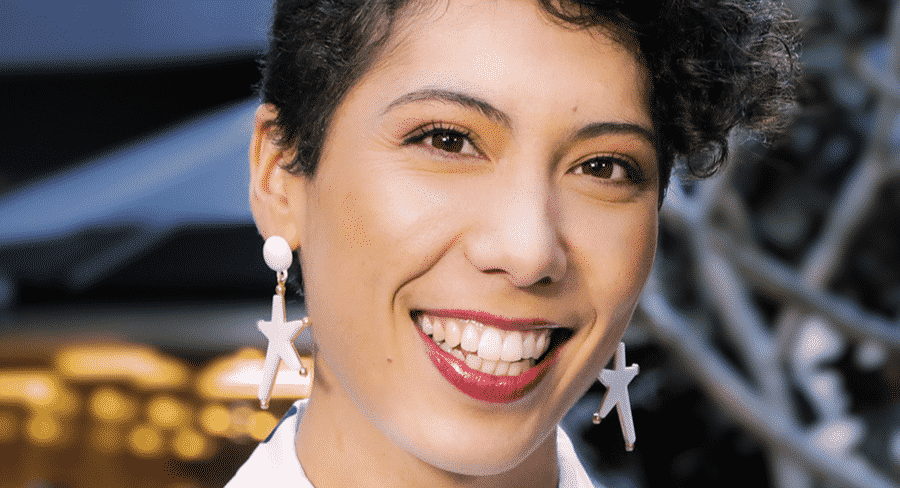 Only a few short months ago, Alice Matthews was finishing her role as a reporter and newsreader at Triple J and made her move to The Feed at SBS to work alongside her new co-hosts Marc Fennell and Michael Hing. The Walkley Award-winning journalist is one of five new faces at The Feed and is thrilled to have experience in another medium. Matthews talked to Mediaweek about her transition from radio to television and the new-formed friendships at The Feed.

Matthews said it’s been really challenging switching mediums, but in the best way possible.“I realised after being in radio for five years that my mind has been geared to think in a certain way, and so breaking out of that and learning how to think quite visually has been totally new,” said Matthews.

She laughed when she said how in radio news, she’s used to getting the point across in the first sentence, if not, the first three sentences. “Being able to kind of expand on topics and tell them in a long-form way has been quite new. There are just so many things that I’ve learnt coming into this job, even just something like going from daily turn-rounds or weekly turn-arounds; it’s a whole new shift in the way you manage your time and the way that you think.

“I find myself actually thinking about the content a lot more and a lot more outside of work than I did with something like radio news which you put away at the end of the day, so this is now taking some mind space up that I haven’t freed up before. It’s pushing me, it’s challenging me, It’s ultimately been an experience and I’ve been learning a lot,” explained Matthews.

Matthews revealed she’s been covering news and current affairs on The Feed. “Although, here I think that anything that you want to cover and have a great taste for, you can – It’s pretty great.”

When asked if she thinks she may have some big boots to fill with some of the show’s biggest names leaving – Jan Fran and Patrick Abboud – Matthews laughed expressing this was completely true.

“Oh my god, absolutely. Especially someone like Jan Fran who’s incredible; she’s made a brand and built a real following around quite a specific audience. You’re always introducing the new Jan Fran! It’s not a bad thing at all, but it just goes to show how much of a legacy they left behind. I mean, Pat invented the show! I wish that we could’ve crossed over; it would’ve been really nice to work together I think,” revealed Matthews.

With comedian Michael Hing as her co-host, it’s easy to imagine there would be more than a few laughs at The Feed when off-air; Matthews said her partner is a comedian/improviser so she’s no stranger to it at all. “It’s been really fun getting to work with everyone. It’s actually awesome because the relationship and the chemistry and how everything comes across on-air really depends on what you create together, so it’s been really nice in that sense,” revealed Matthews. 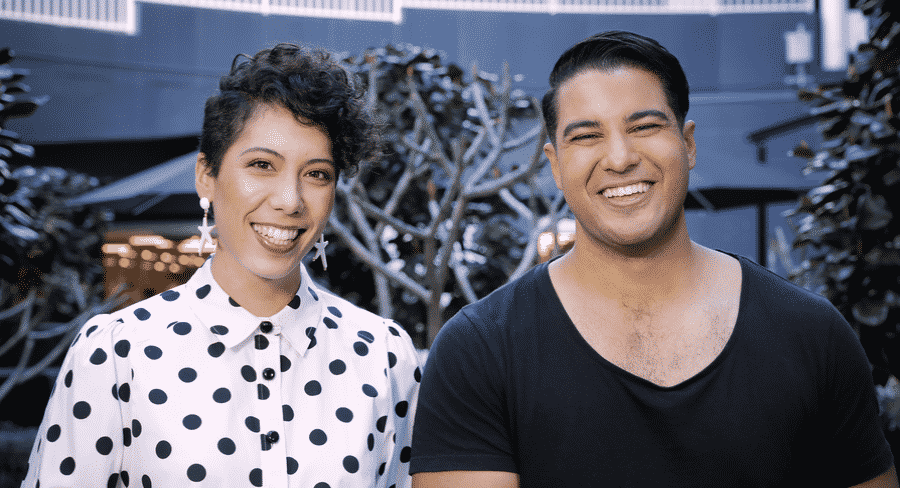 “Marc is such a pro, so he’s always ready to answer any questions and pass along advice – I kind of felt like he was a big brother because he was sort of showing me the ropes at SBS so that made it really easy hosting together.”

Matthews explained to Mediaweek that moving from radio to TV is actually what really attracted her to the role.

“It wasn’t that I wanted to leave radio behind, I still love radio as a medium and I loved my job, but I knew how to do it. I knew how to do that job and I felt like I needed to step into something where I was learning something new and doing something I hadn’t done and figuring out what else I might be capable of in a different environment.

“The opportunity to do something like that at The Feed, where you’re in such a privileged position to be able to not just get something out quick and dirty in two minutes time as a news story, but can actually spend four or five minutes kind of guiding into something and having a team around you to support that is pretty amazing,” said Matthews. She explained further by saying she felt like there wasn’t any kind of media outlet doing quite what The Feed was doing and providing that opportunity. “I thought it would be really cool.”

Matthews revealed her favourite part in any journalism job is the part when she actually gets to be a journalist.

“To go out and talk to people and be presented with perspectives that I perhaps haven’t thought about or come across before, that’s the greatest. I think that’s always – no matter where I go – my favourite part of the job.”

The Feed airs every Thursday at 8.30pm on SBS VICELAND