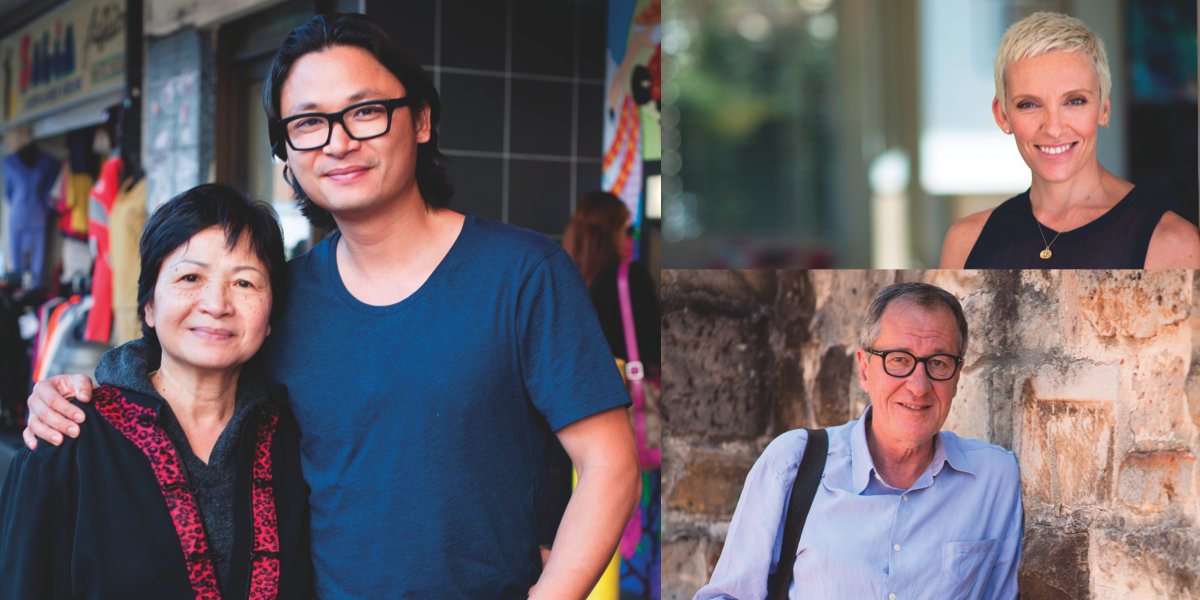 Who Do You Think You Are? Artemis films’ seventh and final production for SBS before Eyeworks inherits the format

Actress Toni Collette, Olympian Dawn Fraser, journalist Ray Martin and comedian HG Nelson all share an interest. Although celebrated for their professional achievements, the unlikely combination of well-known Australians are joining SBS’ Who Do You Think You Are? to find out about their family history. Actors Geoffrey Rush, David Wenham and Peter Rowsthorn, as well as SBS personality Luke Nguyen, also join the Artemis International and Serendipity Productions format, which is in its seventh series.

Although genealogy might not initially seem like a fascinating topic, Forster explained that the show is really about relationships. “People are looking for connections, whether with family who are alive now or connections that are in the past. It’s about trying to connect to the family who came before you, and the themes of the struggles that they’ve had previously that you can perhaps see reflected in your own life even though it’s modern day. People want to get a sense of family in their own lives, and that’s what the show delivers in spades.”

“People want to get a sense of family
in their own lives, and that’s
what the show delivers in spades.”

As with all good television, the series also delivers its fair share of surprises. “What I found really interesting is that four of the eight celebrities this year have names that they’ve made famous that aren’t actually their biological names. For instance, Ray Martin was born Ray Grace and his mother changed their names when she was escaping Ray’s abusive father. She changed their last name to get away from him. In Toni Collette’s episode, you see her father taking a DNA test for the first time on Who Do You Think You Are? He discovers his father who was named on his birth certificate isn’t his biological father. Toni talks about how her grandparents had a profound impact on her parents and also her. It’s very raw, and the information that she has is quite extraordinary – finding out your father’s father isn’t actually his father is big! Trying to find the person who was actually his biological father is the journey that she then goes on. For Luke, his family never spoke about their history at all, and he learns on camera that he has family he didn’t even know existed. He finds out his mother had a half-brother in China, and he goes to discover his relatives there,” she said.

These extraordinary discoveries come from what Forster calls back-breaking research, an exhaustive process that goes on for months. “Initially we do about two weeks of research where we try to find something interesting, we build a family tree and see what’s there. Sometimes we have to contact the celebrities and tell them that we can’t make 52 minutes of television from their stories. But once we commit to doing an episode on someone, it’s between 12 and 14 weeks of someone researching full-time on finding the best stories in that family tree. We make sure the families have the supporting documentation and that all of our ducks are in a row so that we can tell the story in a real, legitimate sense.

“For instance, with Geoffrey Rush’s story they went back hundreds and hundreds of years and did massive amounts of research in languages other than English. We went to Germany, and with Luke we went to Asia for the first time. With Ray Martin, we went to Ireland. It’s a program that takes you around the world as well as around Australia, and it’s been a big year of us managing to get some heavy hitters – Geoffrey Rush has been on our hit list for many years. It’s a case of building up goodwill and a sense of connection with the agents, so the celebrity can be confident that we will tell their stories well and in an ethical way,” she continued.

She conceded that the travel and research involved made the show a big-budget series, especially for a public broadcaster, but maintained that it was worthwhile. “The budget is reasonable for the amount of work required – it’s obviously very research heavy. There’s also a lot of travel. I would say that we are creating television that is intelligent, and it’s expensive to do that. There’s also a lot of television out there that is expensive but wouldn’t necessarily fall within that category! It’s big budget for SBS, but in terms of the turn-on factor it’s one of the biggest rating series for them each year, so obviously they see merit in it.”

Who Do You Think You Are? airs on SBS at 7.30pm on Tuesdays.

“There are these life-changing experiences for people that can happen when they start looking into family history,” Forster said. “It can be a case of loosening things up in the family, and they start talking about things that they have previously never discussed. Luke, for instance, feels that he has a much greater understanding of his immediate family as a result of going back generations. Greig Pickhaver, who most Australians know as HG Nelson, has found out about his mother. It was, in his words, life-changing. He feels that for the first time he can truly be himself, which is not bad after one hour of television. For him, it made him understand where his mother came from, which is something he’d previously had no idea about.

“It’s different for everyone. Geoffrey said that for him it was a bit like a thriller, and for Ray and HG it was like a boy’s own adventure. Every week you’re not sure what you’re going to get. It can be really emotional, and in some cases it can be quite an adventure to try to find out bits of information to help you get a sense of yourself. Every week is different, and there are plenty of ways that we can make it interesting. It’s not just a travel show, it’s not just a family show – it’s a combination of all that plus a lot of emotion thrown in.”

>> The rights to Who Do You Think You Are?

Series seven of Who Do You Think You Are? will be its last produced by Artemis Films and Serendipity Productions. The Warner Brothers-owned format will be made by Eyeworks Australia as of next year. “It’s made out of Western Australia, so it’s been a big part of job creation for directors over here. It’s a bit of a disappointment for state-based productions, but onwards and upwards,” said Forster.