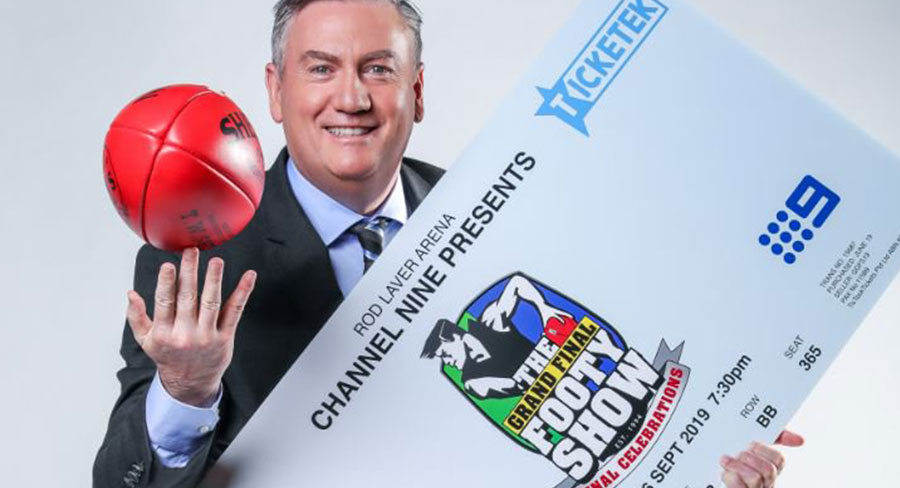 Nine has announced the return of The Grand Final Footy Show spectacular on Thursday, September 26, at 7.30pm on Nine and 9Now.

The Grand Final Footy Show, which has been a staple for footy fans in AFL Grand Final week, will pay tribute to the past 25 and a half years of The Footy Show.

Host Eddie McGuire and the other two originals on the show when it started in 1994, Sam Newman and Trevor Marmalade, will reunite for a grand farewell to the longest running sports entertainment program in the history of Australian television.

Plus, a huge lineup of footy greats will celebrate and look back on the hilarious, groundbreaking and touching moments of The Footy Show’s quarter of a century as a TV institution, as well as the ups and downs of a controversial 2019 football season.

Eddie McGuire said about the return of the Grand Final Footy Show: “For the biggest game of the year we need to have the biggest show of the year, and what has been a staple of Grand Final week for the past quarter of a century is back.

“I’m so delighted that we’re putting all our resources into one spectacular Thursday night Grand Final week Footy Show. It is a chance for us to pay homage to not only the Grand Final but 25 fantastic years of The Footy Show.”

Nine Melbourne managing director Matt Scriven said: “We want to pay tribute to the incredible success of the past 25 years of The Footy Show, and bringing back The Grand Final Footy Show will give fans exactly that – a chance to join in the celebrations and fun of a program that was a pioneer in football entertainment.”