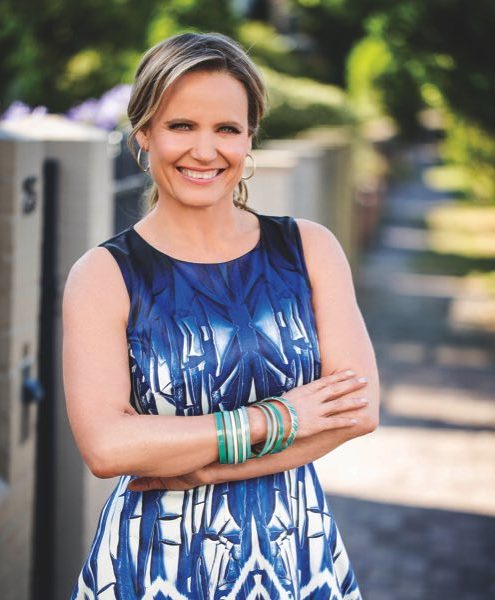 • Food and home take centre stage in the year ahead: “Food is exploding”

The focus is on food and home,” said LifeStyle Channel’s general manager Hannah Barnes. She told Mediaweek that includes a second season of The Great Australian Bake Off which was initially commissioned for two seasons.

“We wanted to do something new with Donna Hay and we came up with Basics To Brilliance. If you could learn to make one thing really, really well, Donna will show you how and then how you can make other things from that. It’s a great concept and it will give people some great ideas.”

Hay doesn’t do a lot of TV because of her workload. She is busy with books, her magazine and other print and online work and she had done some television in the UK where she is also a huge brand.

“Food is exploding like I have never known it,” said Barnes. Basics To Brilliance will join Bake Off and a new River Cottage Australia on the LifeStyle Food channel in 2016. But brace yourself for the latter. “For the first time Paul is going to be leaving Tilba,” said Barnes. “He will be out and about in a food truck. He’s not leaving the farm forever, but it will be good to see him out and about.”

Barnes said they are lucky that their customers find their shows on any of the LifeStyle Channels – “they move around the portfolio” is how she put it.

“Our programming choices are strategic as the focus is building up the tier that LifeStyle Home and LifeStyle Food sit on. The bigger shows will tend go on to LifeStyle, but food focused programs will head to Food.”

LifeStyle will remain the subscription TV home of Shaynna Blaze (pictured) with the design guru cropping up in new Selling Houses Australia plus her own two new projects. All three of those shows come from Beyond. “We have the two-hour special in December called Shaynna’s World of Design where she is the student as opposed to being the expert. She travels around Milan looking for ideas and inspiration for a lighting range and then goes to Atlanta with the lights to launch the range at the biggest property expo in the world. It is absolutely design porn – every time I watch it I want to buy a new item.”

Barnes said Blaze meets some amazing designers in the series with LifeStyle providing all the links to what is onscreen on its websites.

The bigger Blaze project is next year’s Deadline Design which will launch toward the end of 2016. “In this series Shaynna has a young protégée who works with her and then a builder and an architect. They go into people’s homes and completely redesign and then renovate to people’s wishes. Shaynna loves being busy and doing all of these shows. It has always been our plan for her to have her own show.”

Another big show coming to LifeStyle in 2016 is I Own Australia’s Best Home which is a format that used to be big in the UK. “In this series we have a designer, an architect and a property developer who will go around Australia to find the most amazing homes. By the end of the series we will have a winning home which will be called Australia’s most amazing home.” The show will be made for LifeStyle by FremantleMedia Australia.

Selling Houses Australia host Andrew Winter will present Tiny House World: Australia, a six-part series that takes a look inside some the smallest houses people are now living in, and designing creatively to cater for their lives.

As to acquisitions, Barnes told us to look out for the new series of Simply Nigella which has just started in the UK. “That is another big show for LifeStyle Food and our audience will enjoy seeing Nigella back after a long break.”