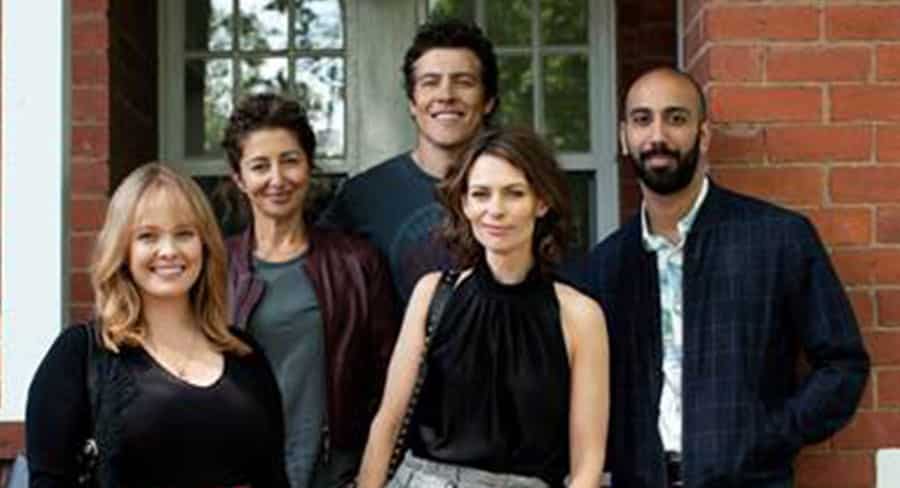 Aussie drama Five Bedrooms has commenced filming for its second season on 10, after a successful first season in 2019.

Having lost their first communal home at auction, season two sees the surrogate family once again house-hunting, believing they have been tested and prevailed as a unit.

Actor Kat Stewart, who plays Liz, said: “Season one of Five Bedrooms was a creative and personal joy for me from beginning to end. I am so thrilled to be back on set with this superb ensemble and knock-out creative team led by the brilliant minds of writers Michael Lucas and Christine Bartlett.

“A huge thanks to Hoodlum and Network 10 for backing a show about disparate ordinary people choosing to support each other in flawed, real and wonderfully surprising ways. We can’t wait to bring audiences season two.”

Network 10’s Head of Drama, Rick Maier, said: “If only we all had a bunch of unlikely friends like this – keeping us honest, laughing, and coming back for more.

“We are truly blessed to have this joyous cast, ingenious writers and incredible crew back together for another round of life-affirming, escapist fun. Five Bedrooms is a privilege to broadcast.”

Hoodlum Entertainment Executive Producer Nathan Mayfield, said: “So thrilled to bring this heart-warming cast of characters back to life for the next chapter of Five Bedrooms on 10.

“We are so pleased that audiences embraced these characters that we love so much and we can’t wait for audiences to laugh, cry and laugh again in season two. This enthusiasm is shared with our partners Film Victoria, Screen Australia and our international partners Sky Studios and NBCUniversal.”

Five Bedrooms commenced filming this week and is produced by Hoodlum Entertainment for Network 10. With major production investment from Screen Australia, it is developed and produced with the assistance of Film Victoria. International sales by NBCUniversal Global Distribution on behalf of Sky Studios.