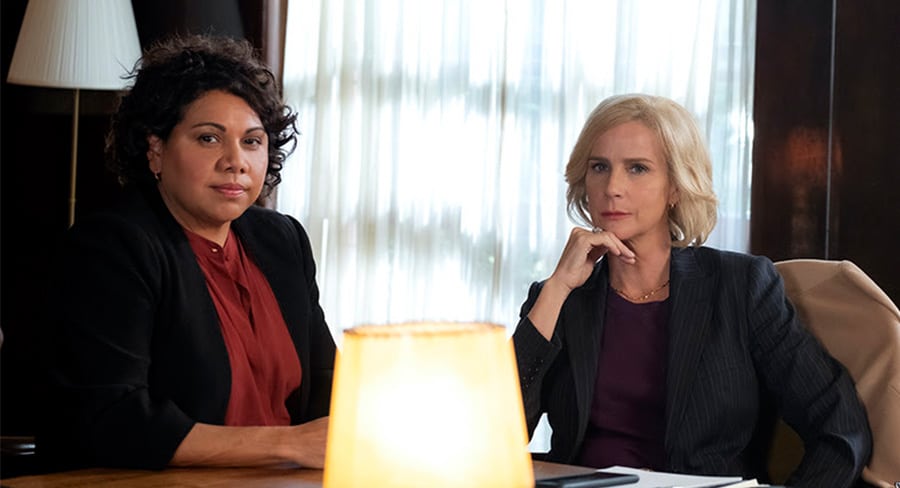 • The new season will premiere on the ABC later this year

ABC and Screen Australia are pleased to announce that filming is underway on one of Australia’s most popular dramas Total Control. Reprising their award-winning roles Deborah Mailman and Rachel Griffiths are joined in the corridors of power by a stellar cast of Australian actors including Wayne Blair, who will also direct all six episodes.

Deborah Mailman says “It’s a great feeling to be on set as the cameras roll on season two. We have a fabulous team of cast and crew, the scripts are fantastic, and I’m loving getting back into the skin of Senator Alex Irving as she continues her fight in the corridors of Parliament.  I can’t wait for people to see the continuation of this story.”

Rachel Griffiths says: “In the wake of the announcement of the American remake of Total Control and the first seasons’ huge success, I couldn’t be more excited to start filming our second season. I have no doubt that it will be as startlingly relevant and deeply emotional as our first, and that fans will be riveted as they follow Deb Mailman’s epic journey through the rapids of power.”

Season two sees Alex running as an Independent. She’ll be ready for the inevitable dirty campaign tactics and to compete against the well-financed machinery of the major parties.  Making her job harder, she’ll be confronted by vile online trolls, threats against her family and political opponents riled by the audacity of a Black woman standing up for the voiceless. Can Alex survive a system determined to shake everything she values?

The series is written by a team of writers including Stuart Page, Larissa Behrendt, Angela Betzien, Pip Karmel and Nakkiah Lui.

Filming in Sydney, Canberra – including at Parliament House – and Broken Hill, the new season will premiere on the ABC later this year.