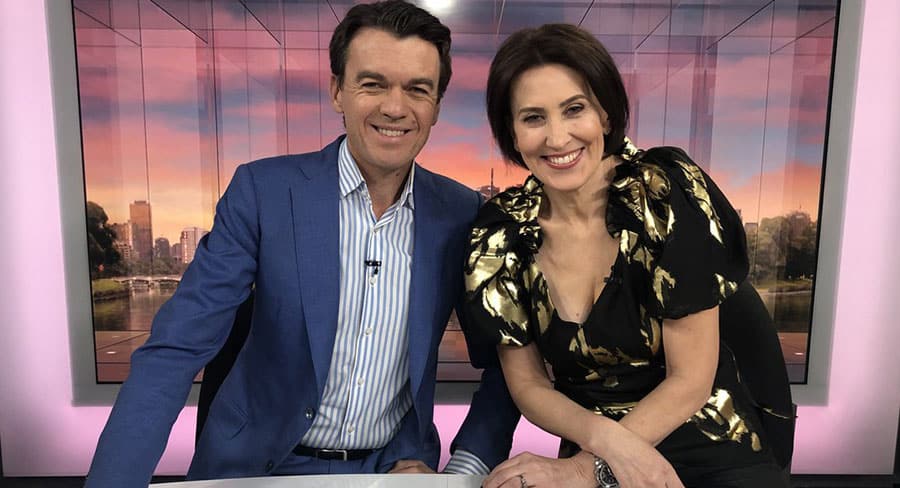 • Today the ABC will be hosting a formal farewell for Trioli

After a week of goodbyes and reminiscing on ABC’s News Breakfast co-host Virginia Trioli hosted her final show today. The host was also celebrating her birthday making it a double celebration day.

Today the ABC will be hosting a formal farewell for Trioli as current and former (and a future) News Breakfast colleagues gather to celebrate her years on the show and wish her well for the move to ABC Radio Melbourne.

Co-host Michael Rowland was reading out more tributes from viewers across the morning. Trioli said earlier in the week she might save her tears until later in the week for Friday’s show.

Trioli has written about her memories across the years and here are some of the highlights:

There’s a respect and an affection that goes beyond what we do together each day for three hours, and there’s the unspoken understanding that comes from successes and disappointments experienced in each other’s company.

I admire Michael’s news sense enormously. I love Paul’s breadth and depth of interests. I’m inspired by the polymath that is Nate, and Georgie has a natural feel for television communication that is so rare.

The privilege of the job of journalism is that we get to ask impertinent questions of pretty much anyone, and then expect an honest answer.

You bet we take it seriously: there’s a lot of yak about the “theatre” of the political interview, but for me it’s deadly serious.

The politicians might be posturing, but every time I interview an elected official I’m imagining what the voter who funds them is yelling at the TV, or worrying about at home, or banging their head against at work.

Apparently I have a reputation for going in hard.

After many years in journalism, from the newsroom of The Age, to the re-born offices of Kerry Packer‘s Bulletin magazine, to ABC radio in two cities and television shows around the country, I’ve learned a few fundamentals.

But without doubt the most important is that the team is everything, and I reckon that’s something we can all relate to.

Find the team that looks at you as if you actually have something meaningful to contribute to this world: that’s the greatest truth I take from these 11 amazing years.

Read more at:
Virginia Trioli reflects on breakfast TV, winning over doubters, and her next move