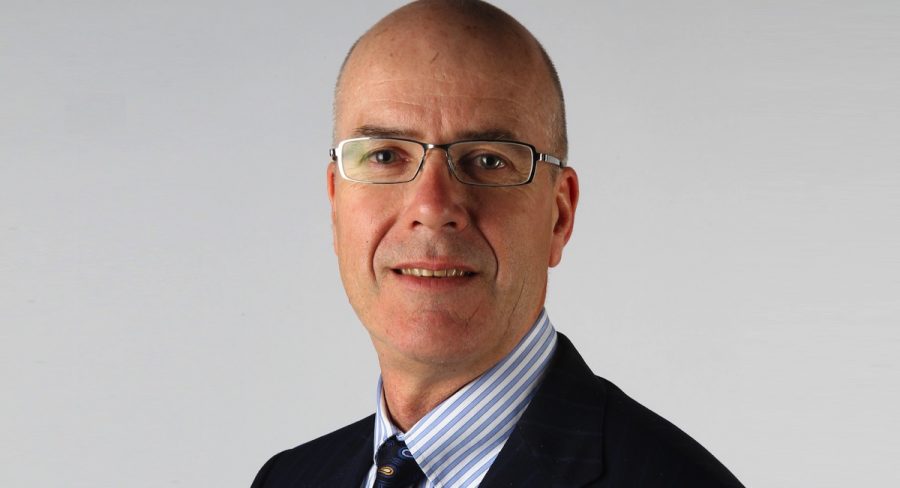 • Below are the highlights from the full year results:

In what could be his last results presentation ahead of the proposed Nine-Fairfax Media merger, Fairfax Media CEO and managing director Greg Hywood has presented the full year results to June 30, 2018.

Below are the highlights from the full year results:

Hywood said: “Today’s result shows the strong position of the Fairfax Media portfolio. Each of our businesses has maintained a growth focus and delivered good cost outcomes that will underpin future performance.

“Over the past seven years, we have taken the big decisions. We have built businesses such as Domain and Stan. We have maximised the growth drivers of our core assets. We have addressed legacy cost issues to give our business time to adjust to the structural change it confronted. We have hit our stride going for growth.

“Fairfax is in good shape – and that’s the reason Fairfax shareholders have the opportunity to benefit from a step-change in growth through the proposed combination of our company with Nine Entertainment Co.

“We have long believed that media consolidation provided enormous potential to leverage increased scale of audiences and marketing inventory to grow our assets. Fairfax has consistently supported media deregulation because we saw the long-term benefits for shareholders.

“This is an exciting new phase in our development. It puts the important work we do through our journalism on an even stronger and more sustainable footing for the future.

“For the year, Domain delivered strong digital growth despite recent cyclicality in the property market.

“Metro has achieved its second consecutive year of EBITDA growth – with print showing signs of stability and digital advertising growth in H2. Our Radio business is lifting margin.

“Stan has broken through the 1.1 million active subscriber mark.”

Hywood said: “For the 2018 financial year, the Fairfax Group delivered operating EBITDA of $274.2 million, an increase on the prior year. This was driven by growth at Domain, Australian Metro Media, Macquarie Media and lower corporate costs.

“Our ongoing cost and efficiency focus delivered a 3.6% reduction in expenses, notwithstanding continued investment in growth initiatives at Domain and Stuff.

“Net profit of $124.9 million was 12.4% lower, with earnings per share of 5.4 cents. This result takes account of the increase in minority interests associated with the separation of Domain from 22 November 2017.

“Print revenue declined 13% reflecting the transition to a digital business somewhat offset by the launch of the Domain glossy magazine format.

“Reported expenses increased 15.7% reflecting investment in the business and the impact of separation costs included for the first time. Underlying costs on DHG’s reported pro forma basis increased 11% as a result of continued investment in staff, workspace and new transactions businesses, offset by a reduction in print expenses of 15%.

“The EBITDA increase of 3.9% to $117.6 million was achieved notwithstanding the impact of separation costs. Digital EBITDA increased 15%. On a like-for-like basis, as reported by DHG, Group EBITDA margins increased from 32.1% to 32.4%.

“Later this month Jason Pellegrino starts as CEO and his mission is to take the business to its next stage of growth. Domain is in terrific shape. It has large audiences, increasing depth penetration, geographic expansion and is broadening into the property ecosystem. We have great confidence in Domain’s future.”

Hywood said: “Our three publishing businesses are emerging from a period of great change. Each is profitable, generating valuable cash flows, and positioned with distinct markets, products and strategy to leverage growth. What they have in common is an ongoing emphasis on digital publishing; continuing focus on cost and efficiency; initiatives to maximise print earnings; and a focus on developing new revenue opportunities.

“Our printing agreements with News Corp herald a new era of greater industry cooperation. The arrangement delivers us greater cost variabilisation, reduced capital intensity, and further extend the cash-generating life of print. As announced on July 18, 2018, we expect the combination of the new arrangements and the changes to Fairfax’s printing network to result in an annualised full-year benefit of approximately $15 million. The financial benefits are expected to begin towards the end of FY19 H1.”

“For the past six years we have taken this business through radical change. We have reached the point where we can see a strong future for the business.

“This is the second consecutive year of EBITDA growth for Metro, up 8% for the year, with margins increasing from 9.4% to 10.8%.

“Circulation revenue declines moderated in H2, benefiting from strong growth in digital subscriptions with 9% growth in revenue for the year, and increases in cover prices. Net paid digital subscriptions for The Sydney Morning Herald, The Age and The Australian Financial Review recorded growth year-on-year across all three mastheads to 313,000. The Financial Review is having particular success in B2B.

“Metro expenses declined 7.5% for the year, with a 9% reduction in publishing costs largely from savings in staff, technology and print production.”

“ACM’s continued strong cost discipline delivered a 6% reduction in expenses and underpinned the EBITDA margin of 16.3% for the year,” Hywood said.

“Total revenue declined 9%, with relatively stable contribution from Agricultural titles, benefiting from strong agricultural commodity prices and digital investment in the sector. This was offset by weakness in regional advertising and circulation, with some impact from the closure of several unprofitable mastheads. Declines in local and real-estate print revenue contributed to the advertising revenue result. Circulation declines reflected lower retail volumes.

“ACM is a well-managed, profitable, high cash-generating business. Its strong connections with rural and regional communities underpin the momentum it is achieving with B2B revenues and local news subscription initiatives.”

Hywood said: “Stuff is powered by its national digital audience strength. Its membership model is supporting expansion into e-commerce and transactions adjacencies.

“We are resetting Stuff to take advantage of the strength of its digital platform. The pain of the restructuring efforts will prove worth it as the benefits start to flow in future years and bring forward the time when increases in digital revenue will outweigh declines in print.”

Hywood said: “Stan has achieved a subscriber base of impressive scale, with more than 1.1 million active subscribers, and is delivering strong active subscriber momentum. In the three month period to July, Stan delivered record quarterly gross and net subscriber additions.

“Stan’s subscriber growth, combined with the first price increases since launch three years ago, underpinned 72% growth in subscription revenue to reach just under $100 million. The year to June finished with a revenue run-rate of around $120 million. The strength of the operating model is reflected in revenue growth far outpacing the increase in operating costs, driving a 50% reduction in EBITDA losses between Q1 and Q4 FY18.

“Stan is strongly positioned to continue its growth trajectory and in a changing landscape is well placed to benefit from strategic alignment with global studios and networks.

“Stan’s position as the leading Australian streaming brand and dominant local streaming platform is underpinned by its compelling subscription proposition. This includes its exclusive Australian output deals with SHOWTIME, Starz, MGM and a range of exclusive content rights with global studios, as well as investment in original local productions.

“Stan kick-started FY19 with a strong and diverse lineup appealing to a range of demographics. This includes Power, Who is America and new seasons of Unreal and Better Call Saul.”