Facebook is taking on Twitter in an effort to control social TV, but not everyone is convinced

Twitter has dominated live engagement by TV viewers for several years, but Facebook are looking to get in on the act with a suite of new social TV tools.

Facebook’s tools will take on TV viewing in three areas: Engage, Decide, and Display. The tools provide broadcasters with the ability to engage with viewers through polls, voting, user-submitted videos and custom icons. Broadcasters will also have access to tools that easily facilitate the curation of Facebook activity and publishing them on TV screens for use in lower thirds, over the shoulder and full screen display.

Speaking at the MIPCOM conference in France, Facebook VP EMEA Nicola Mendelsohn cited the already-strong connection between Facebook and TV.

“Facebook and TV really are happy bedfellows,” said Mendelsohn. “We see Facebook usage peak at exactly the same time TV viewing peaks in every country in the world … And 85% of people who are on social media are on Facebook, and they’re the ones that are on during live TV broadcasts.” 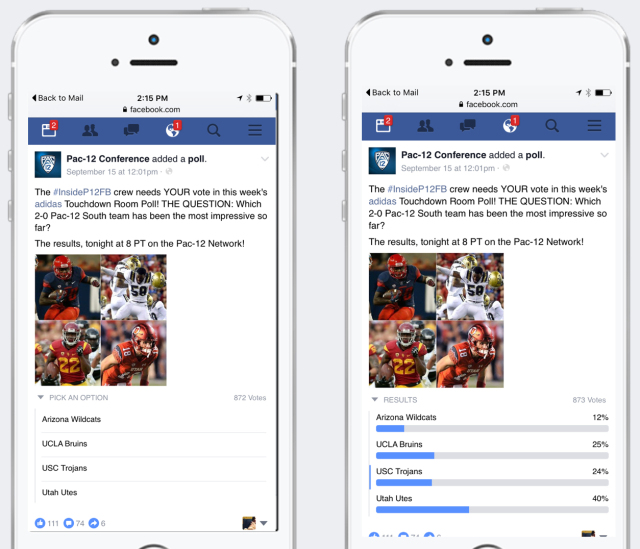 Not everyone is convinced about the potential of Facebook to make serious inroads into social TV engagement. Leslie Nassar from digital agency Wrangling Cats is responsible for designing the platform that powers the social integration into the ABC’s Q&A program. He’s expressed concern that Facebook’s efforts are too similar to fading social platforms like Fango and Beamly.

“Facebook isn’t offering anything new to assist developers or studios or broadcasters in creating deep, beautiful social integrations. TV shows shouldn’t need to pay-to-play to provide their fans with a great experience on Facebook,” Nassar said.

“The hashtag voting is really the only ‘social TV’ component they’re offering, and while they say that viewers have visited Facebook while watching TV, it’s not the same as interacting with a TV show or fellow fans via Facebook”.

“The horse has bolted for audience banter. Twitter dominates live TV, but I think Facebook could do more to leverage the power of their network, and the rich data and media its users have posted over the years. They could work with studios and broadcasters to create new kinds of shows where Facebook users are both the participants, and the audience.”