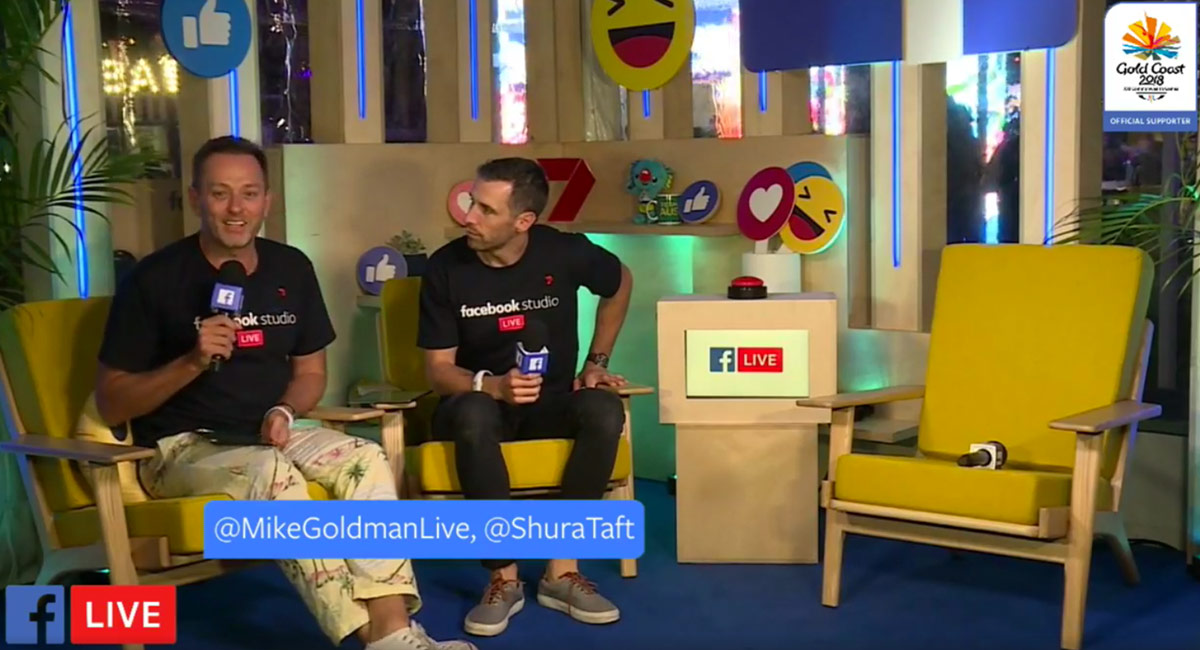 These sessions are a part of Facebook Australia’s partnership with GOLDOC, Seven West Media and The Star.

Facebook Australia’s daily Facebook Studio Live sessions with Australian and international athletes alongside Facebook videos have been watched by more than seven million people across the globe since the start of the Commonwealth Games last week.

These sessions are a part of Facebook Australia’s partnership with GOLDOC, Seven West Media and The Star.

Facebook Studio Live is hosted by 7Sport’s Monette Russo and Shura Taft, and streamed from The Star’s Celebration Lawn. Each live stream of the sessions has received more than 60,000 views.

Seven West Media’s chief digital officer Clive Dickens said: “We are delighted to be partnering with Facebook, The Star and GOLDOC to drive social engagement with what will be Australia’s biggest event of the decade.

“Our aim is to help every Australian experience the excitement and passion of the Games across the many screens of Seven and through social channels. Highly successful campaigns during the Summer of 7Tennis and the Winter Olympics have shown the value of Facebook in driving coverage and engagement throughout Australia, and we expect these fun live streams to resonate with social audiences.”

Facebook’s MD Australia and New Zealand Will Easton said: “Through Facebook Live technology and our partnership with Seven we’re focused on creating a fun experience that brings people closer together and builds a community around the Gold Coast 2018 Commonwealth Games.”