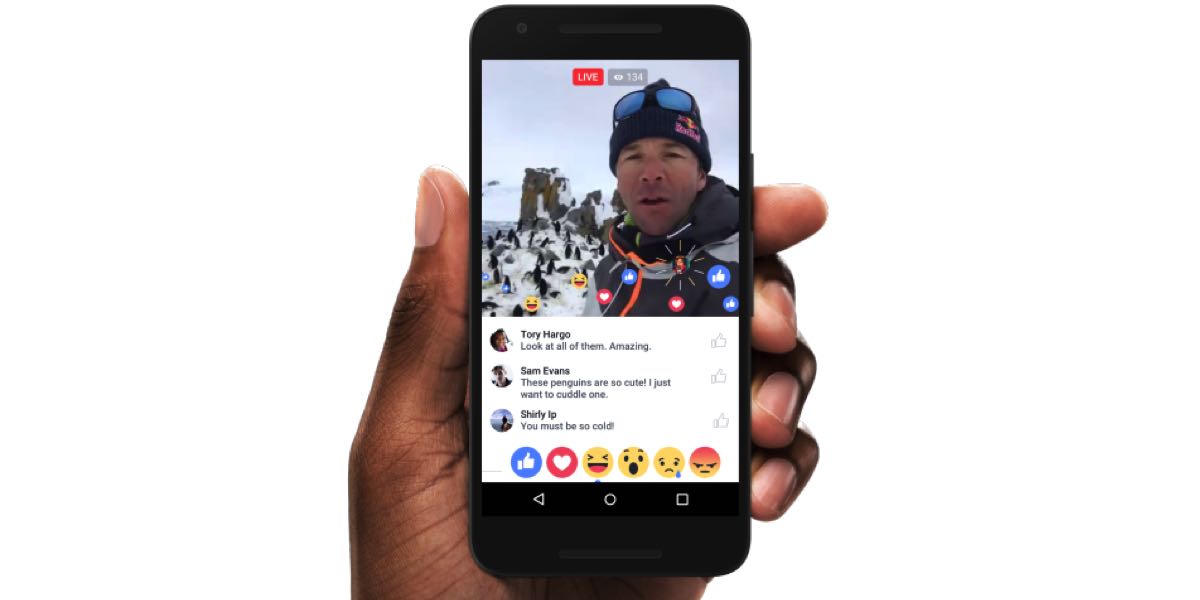 Facebook has been pushing video and news at the forefront this year with the rollout of Facebook News and Live video streaming capabilities for users.

Now, the social media giant has pushed this a step further by integrating viewers comments to a live stream, and enhancing the playback experience of a stream that is no longer live. It’s worth noting that so far Facebook Live has only been available to public figures via its Mentions app. The feature was launched in August 2015.

•  Live for Groups and Events: This feature allows you to go live from within an existing group or event, and the stream will only be accessible to those who are in the group or events.
•  Live Reactions: Uses Facebook’s existing reactions to let you react to a live video; the reactions will float across the screen as they are chosen.
•  Replaying comments: If you’re watching a live video when it is no longer live, this feature lets you see the comments that were made live in sync with when they originally appeared on the video
•  Creative tools: We’re starting with a set of five Live Filters, and coming soon we’ll add the ability to draw or doodle on your video while live. 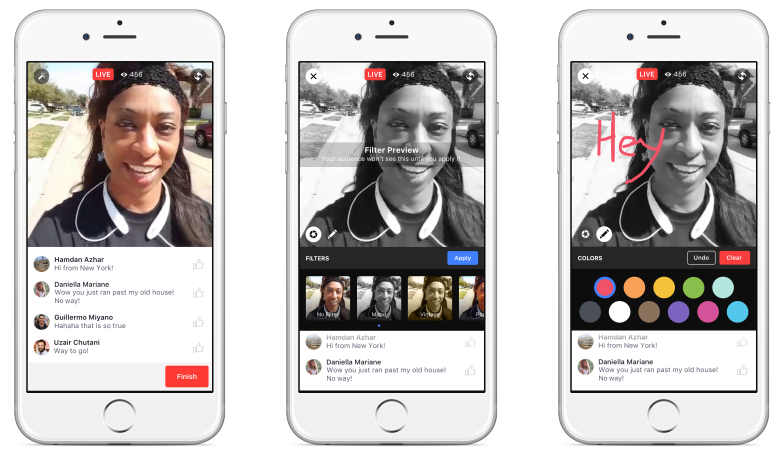 •  Invite friends: Ability to invite a friend to watch a live video while it’s happening.
•  Video destination on mobile: A dedicated place on Facebook’s mobile app where you can discover live video that the world is talking about, live video from the friends and creators that matter most to you, and live video on topics you’re interested in.
•  Live Map: A visual way to explore public live broadcasts that are currently happening around the world.

Since its rollout, well-known celeberities like Dwayne “The Rock” Johnson and Serena Williams have taken to Facebook Live to interact with their followers. Locally, well-known names like Delta Goodrem, sporting teams including he Australian women’s soccer team, Matildas, and shows like Seven’s My Kitchen Rules have used the feature to interact with fans and communicate promotional messages. Recently, ABC News’ political commentator Anthony Green tried out the feature by taking answering questions from his readers.