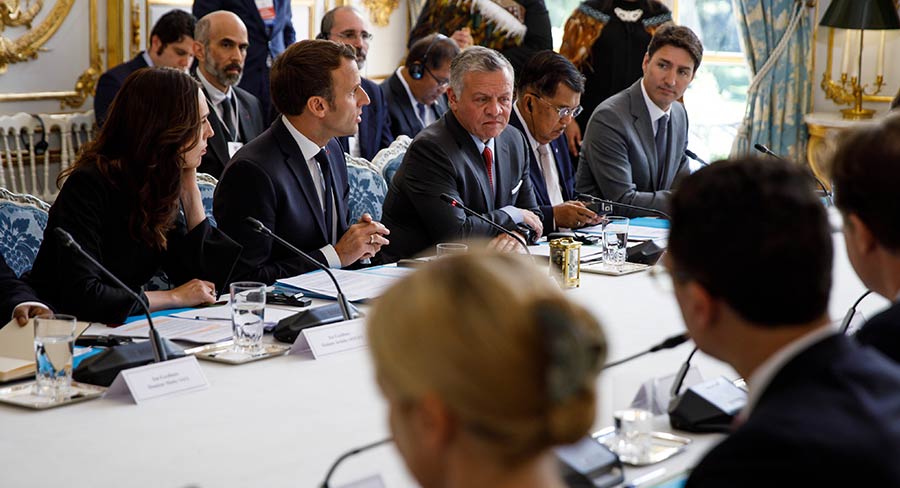 Facebook’s vice president for Global Affairs and Communications Nick Clegg has joined G7 government and industry leaders for a meeting in Paris on how to curb the spread of terrorism and extremism online.

At the meeting, hosted by French President Emmanuel Macron and New Zealand Prime Minister Jacinda Ardern, Facebook along with Microsoft, Twitter, Google and Amazon signed up to the Christchurch Call to Action. The technology companies also committed to a nine-point plan that sets out concrete steps the industry will take to address the abuse of technology to spread terrorist content. The following is a statement from all five companies:

The terrorist attacks in Christchurch, New Zealand, in March were a horrifying tragedy. And so it is right that we come together, resolute in our commitment to ensure we are doing all we can to fight the hatred and extremism that lead to terrorist violence.

The Christchurch Call announced today expands on the Global Internet Forum to Counter Terrorism (GIFCT), and builds on our other initiatives with government and civil society to prevent the dissemination of terrorist and violent extremist content. Additionally, we are sharing concrete steps we will take that address the abuse of technology to spread terrorist content, including continued investment in technology that improves our capability to detect and remove this content from our services, updates to our individual terms of use, and more transparency for content policies and removals.

Regarding Livestreaming, the statement said: