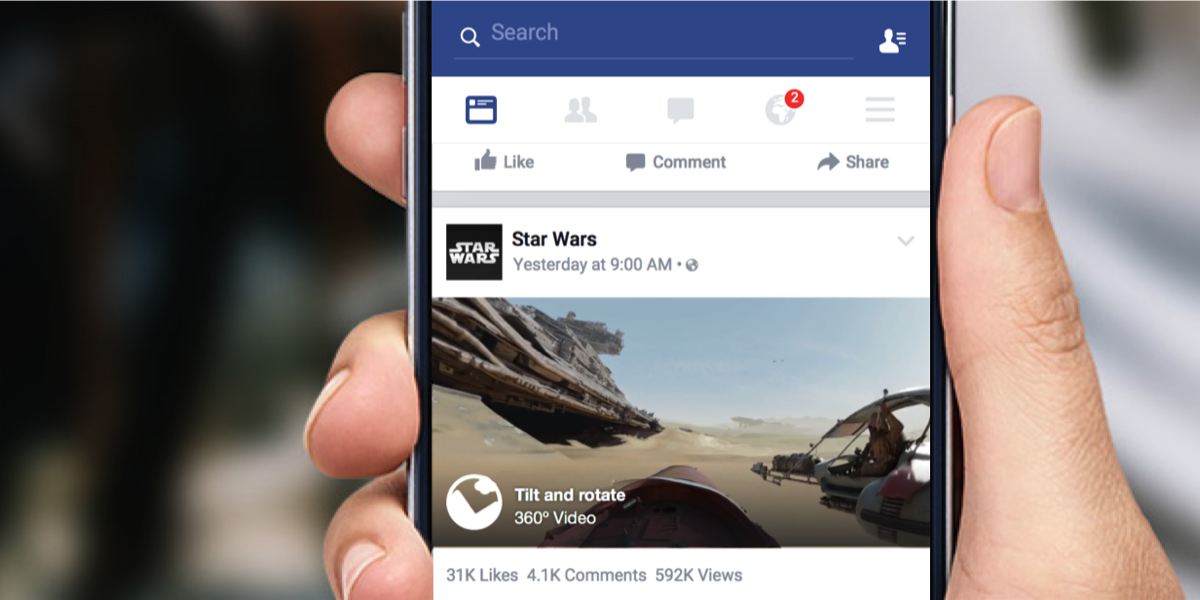 Facebook introduces 360-degree video with Star Wars and NBC’s Saturday Night Live as some of the first publishers.

Facebook has announced the rollout of 360-degree video on News Feed.

The new video feature allows the viewer to explore the surroundings while the video is in motion. Users can do this on the web by using their cursor and clicking on the video screen to drag it in the direction they wish to see. On mobile screens, this can be done by dragging the video with your finger or slowly panning/tilting the device.

About the future of the availability of the 360-degree video, Facebook wrote: “It’s early days, but we’re excited about the possibilities for 360 video and hope it helps people explore the world in new, immersive ways.”