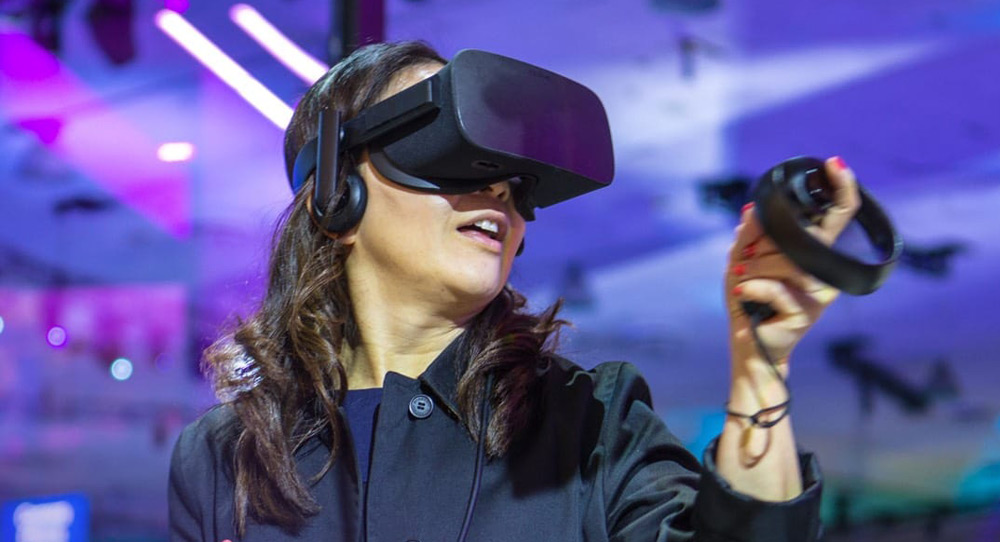 All the news from the first day of Facebook’s annual F8 conference.

On the first day of its annual F8 conference, Facebook announced it will be taking steps to protect user information and wellbeing on its social media platforms, which include WhatsApp and Instagram.

The tech giant also announced that it has made further progress with integrating AR and VR experiences on the platforms.

For the Facebook app, the company will be building a Clear History function. This will enable users to see the websites and apps that send Facebook information when they use them. Clear History will also allow users to delete this information and turn off the ability to store this data. A comments filter tool will come into effect today on Instagram. It will automatically filter comments containing attacks on a person’s appearance or character, as well as threats to their wellbeing or health. “Our Community Guidelines have always prohibited bullying on our platform, and I’m proud to announce this next step in our ongoing commitment to keeping Instagram an inclusive, supportive place for all voices,” Zuckerberg said.

The American company has turned its focus to AR and VR experiences on Facebook and Instagram in a big way this year. Its first stand-alone VR headset, Oculus Go, has gone to market today. It is available for purchase globally with prices starting at USD$199. It will have more than 1,000 games and experiences available at launch. Facebook will also introduce 3D photos later this year.

The social media giant has introduced video chat functions on Instagram Direct and WhatsApp. This seemed like a natural next step for WhatsApp, where users were already able to make in-app voice calls. However, it’s a new play for Instagram Direct as it previously had no calling functions.

See Facebook’s highlights from day one of the F8 conference below.

People already share their interests on our platforms, and now we’re making that experience faster, easier and more creative on Stories.

Oculus’ first stand-alone VR headset is available globally today, starting at USD$199. With more than 1,000 apps, games and experiences available at launch, there’s never been an easier way to jump into VR than with this all-in-one headset. Visit the website to learn more or order.

We’re introducing new ways to experience VR with friends and connect with your favorite entertainment. Oculus Venues is your ticket to live social events in VR including concerts, sports and comedy nights with friends and thousands of other people. Oculus Rooms, originally released for Gear VR, has been redesigned with the launch of Oculus Go and lets friends play board games, watch movies and more. Oculus TV gives you a virtual big screen TV, where you can watch live or on-demand content – and will allow up to four people to watch together starting this summer. Oculus Venues and Oculus TV launch later this month.

Recently, Facebook introduced 3D posts and today, we’re announcing that people will soon be able to take 3D objects from News Feed into Facebook Camera AR experiences with one tap. We also announced 3D Photos, coming this summer – this is a new media type that lets people capture 3D moments in time using a smartphone and share on Facebook.

We’re introducing the Groups tab, which helps you navigate to your existing groups easier and interact with content from all your groups. Later this year, you’ll be able to discover and join new groups through the tab.

Last year we announced Crisis Response, a center on Facebook where people can get information about recent crises and access Safety Check, Community Help and Fundraisers. We’re always looking for ways to make it easier for people to support each other during a crisis, and people have told us that information from others is most helpful. Today, we’re introducing a feature that will enable people affected by a crisis to share firsthand accounts of timely information, like road closures and damage photos and videos, making it easier to get real-time updates. The feature will be rolling out later this year.

Investing in our Developer Community

We recently took a number of steps to better protect people’s information on Facebook. Today, we are making several important improvements to our policies and programs for the developer community with a focus on building trust with the people who use our products. We are re-opening our app review process after making some changes to make it more comprehensive and grounded on ensuring that each of our APIs creates value for people, is transparent and builds trust. Learn more about these principles and the ways we are investing in our developer community here.

We’re building a feature for dating and relationships within the Facebook app. People already use Facebook to meet new people, and we want to make that experience better. People will be able to create a dating profile that is separate from their Facebook profile and potential matches will be recommended based on dating preferences, things in common, and mutual friends. They’ll have the option to discover others with similar interests through their Groups or Events. However, what people do within the dating feature will not be shown to their friends. We’ll share more information when this begins testing later this year.

Last year at F8 we announced the AR camera platform, and today we’re bringing it to Instagram. Using AR Studio, creators will be able to design unique, interactive camera experiences, including face filters and world effects, for their followers on Instagram.

We’re announcing video chat, a new way people can use real-time video to connect, even when they can’t be together. Video chat will be available in Instagram Direct and will empower both one-on-one and group conversations.

We’re redesigning Explore to make it easier to discover things you’re interested in. The new Explore will organise suggested content into relevant topic channels, making it easier than ever to browse across your interests, while going deeper into any specific area.

Video chat and the new Explore are both testing now and will soon be rolling out globally.

Starting today, Instagram will filter bullying comments intended to harass or upset people in the Instagram community. To be clear: we don’t tolerate bullying on Instagram. Our Community Guidelines have always prohibited bullying on our platform, and I’m proud to announce this next step in our ongoing commitment to keeping Instagram an inclusive, supportive place for all voices. The new bullying feature:

• Hides the comments containing attacks on a person’s appearance or character, as well as threats to a person’s wellbeing or health

• Alerts Instagram to repeated problems so the platform can take action

Voice and video calling are very popular on WhatsApp, and we’re excited to share that group calling will be coming in the months ahead. Stickers are also coming to WhatsApp soon.

AR for the Messenger Platform

We’re launching the ability for brands to integrate AR camera effects into their Messenger experience. This feature, launching in closed beta, helps people get valuable instant feedback about purchases, and more. Developers will be able to build experiences that let people virtually customise or try on merchandise, walk through new products, or simply express themselves in a fun way.

We’re announcing that buyers and sellers in Marketplace, a place on Facebook to buy and sell things locally, will be able to communicate across languages with M suggestions for translations. Now when people who connect through Marketplace receive a message in a language that is different from their default language in Messenger, M will ask if they want to translate the message. At launch, translations from English to Spanish (and vice versa) will be available in Marketplace conversations taking place in the US. We plan to expand this feature and gradually roll out M suggestions for translations to people using Messenger in the US in the coming weeks. Learn more here.