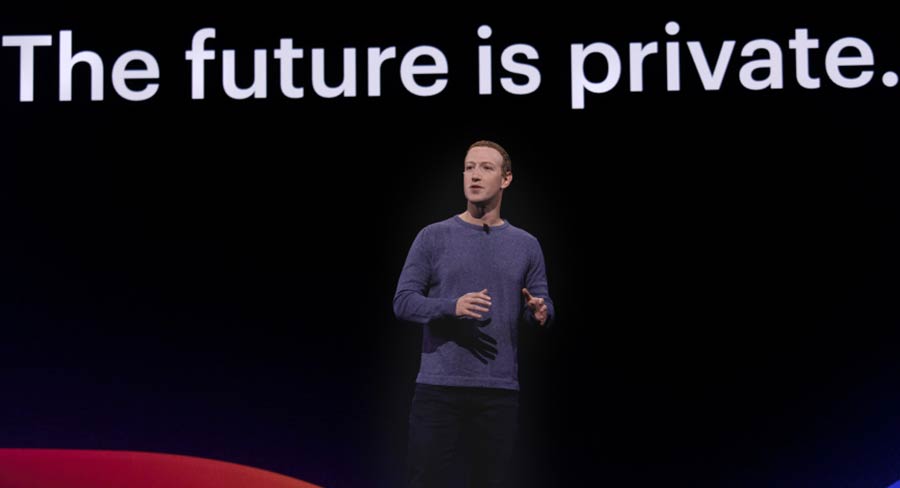 • Mark Zuckerberg opened the two-day event with a keynote

More than 5,000 developers, creators and entrepreneurs from around the world are attending F8, Facebook’s annual conference about the future of technology.

Mark Zuckerberg opened the two-day event with a keynote on how Facebook is building a more privacy-focused social platform – giving people spaces where they can express themselves freely and feel connected to the people and communities that matter most. He shared how this is a fundamental shift in how Facebook builds products and how he runs the company.

Here are the highlights:

A Fresh Design
We’re rolling out FB5, a fresh new design for Facebook that’s simpler, faster, more immersive and puts your communities at the centre. Overall, we’ve made it easier to find what you’re looking for and get to your most-used features.

People will start seeing some of these updates in the Facebook app right away, and the new desktop site will come in the next few months.

This redesign makes it easy for people to go from public spaces to more private ones, like Groups. There are tens of millions of active groups on Facebook. When people find the right one, it often becomes the most meaningful part of how they use Facebook. Today, more than 400 million people on Facebook belong to a group that they find meaningful. That’s why we’re introducing new tools that will make it easier for you to discover and engage with groups of people who share your interests

A Faster, Lighter App
People expect their messaging apps to be fast and reliable. We’re excited to announce that we’re re-building the architecture of Messenger from the ground up to be faster and lighter than ever before. This completely re-engineered Messenger will begin to roll out later this year.

A Way to Watch Together
When you’re not together with friends or family in your physical living room, Messenger will now let you discover and watch videos from Facebook together in real time. You’ll be able to seamlessly share a video from the Facebook app on Messenger and invite others to watch together while messaging or on a video chat. This could be your favourite show, a funny clip or even home videos. We are testing this now and will begin to roll it out globally later this year.

A Desktop App for Messenger
People want to seamlessly message from any device, and sometimes they just want a little more space to share and connect with the people they care about most. So today we’re announcing a Messenger Desktop app. You can download the app on your desktop – both Windows and MacOS – and have group video calls, collaborate on projects or multi-task while chatting in Messenger. We are testing this now and will roll it out globally later this year.

Better Ways to Connect with Close Friends
Close connections are built on messaging, which is why we are making it easier for you to find the content from the people you care about the most. In Messenger, we are introducing a dedicated space where you can discover Stories and messages with your closest friends and family. You’ll also be able to share snippets from your own day and can choose exactly who sees what you post. This will roll out later this year.

Helping Businesses Connect with Customers
We’re making it even easier for businesses to connect with potential customers by adding lead generation templates to Ads Manager. There, businesses can easily create an ad that drives people to a simple Q&A in Messenger to learn more about their customers. And to make it easier to book an appointment with businesses like car dealerships, stylists or cleaning services, we’ve created an appointment experience so people can book appointments within a Messenger conversation.