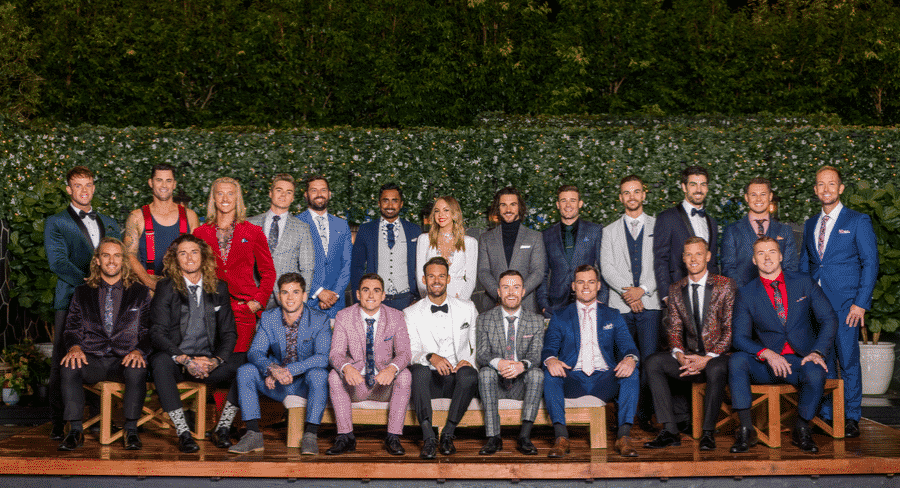 • The Bachelorette Australia premieres October 9 At 7.30 pm on 10

The extended sneak peek of The Bachelorette was released over the long weekend detailing what’s in store for the upcoming season. The Bachelorette premieres tomorrow night at 7:30 on 10 starring Angie Kent as the woman worth fighting for.

In the extended promo, we find out more about who exactly Angie Kent really is and the 20 bachelors from across Australia joining her on her enchanting quest to find love. She’s raw, unfiltered and brutally honest. “It infuriates me that I’m still standing here chatting to you,” says Angie to one of the men conversing with her. ”You get sweaty hands too! Imagine our children,” she says to another as she squirms.

“She’s fun. She’s feisty. She’s ready to fall in love. And if you think Angie is unconventional, just wait til’ you meet the men,” is narrated in the promo. With one guy offering her a key to his apartment when they meet for the very first time, and another stripping down to nothing for a nude painting class, it appears to be the most revealing Bachelorette season yet. The diverse bunch of Bachelors after Angie’s affections include a Landscaper, Freediving Instructor, Refrigeration Mechanic, Mobile Zoo Owner, BMX Stunt Rider, Luxury Car Salesman, Aircraft Engineer, a local Politician, and not one, but two Firefighters. Could Angie’s Prince Charming be among these men?

This season also appears to be just as drama-filled with tears galore from both the men and bachelorette Angie. “As the battle for Angie’s heart heats up, emotions are laid bare,” is said whilst a brief montage of the men fighting ends in tears; and again there are tears from Angie when she says she regrets who she sends home and says ‘he is the one’.

“It’s my time now to fall in love” says Angie. Angie also confesses she “can definitely see a future with him” when referring to the mystery man Australia is yet to meet. Angie may be fun and games, but she is serious when finding her love as she reveals she “doesn’t want the perfect guy just for everyone, she wants the perfect guy for her”.

This season, the first ever 24-Hour Yellow Rose is introduced. The bachelor who makes the strongest first impression on the opening night cocktail party will get an incredible advantage – the opportunity to spend 24 hours alone with Angie on the first single date.

The Bachelorette Australia premieres Wednesday October 9 At 7.30 pm on 10.