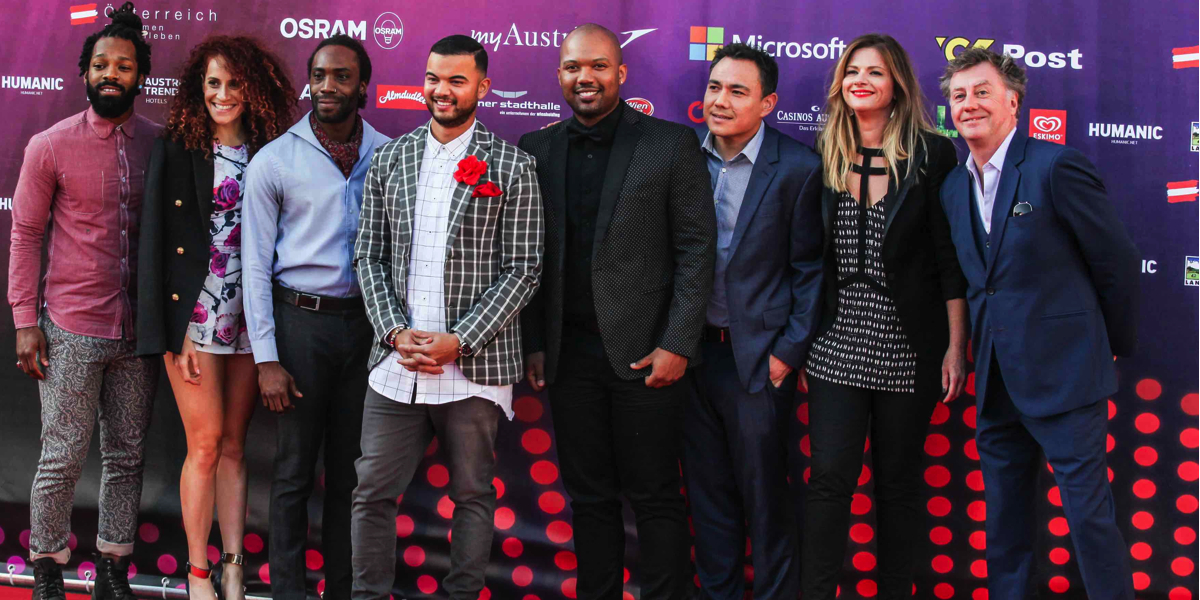 A small army of Aussie reporters have headed to Vienna to cover the 2015 Eurovision Song Contest.

Walking along the red carpet launch of Eurovision Song Contest minutes ahead of Aussie entrant Guy Sebastian was another Aussie accent — albeit from within the an Armenian team.

Sydney opera singer Mary-Jean O’Doherty is half Australian and half Armenian-Greek which she said has given her torn allegiances for the biggest singing contest in the world this year being held in Vienna.
[Read the original]

The West Australian‘s Kent Acott has also made the trip:

Members of the Australian Eurovision Fan Club Facebook group met in Cafe Einstein at the weekend as a precursor to a week of parties, dancing and singing.

Eurovision week began on Sunday with a red-carpet parade of the artists and the official opening in the Vienna City Hall.
[Read the original]

Fairfax Media’s Michael Idato arrived in Vienna via Heathrow from his LA base and reports on Eurovision royalty.
[Read the original]

Idato has also been speaking with the Australian opera singer:

Mary-Jean Anaïs O’Doherty is also in contention this year, as part of the group Genealogy, representing Armenia.

O’Doherty Basmadjian was born in the United States, but her father is Australian and her mother is Greek-Armenian.

“My father is Australian, I love my mother’s country so much, I support both, definitely,” she said.
[Read the original]

To celebrate Australia and Australia’s love of diggi-loos, la-la-las and sequins, the Austrian embassy and the National Film and Sound Archive are throwing a huge Eurovision party at the archive in Acton on May 24, reports Natasha Rudra in The Canberra Times.

It’s free and dressing up is more than encouraged, although there’s no official ruling on how many costume changes you’re allowed.
[Read the original]

Why is Australia in Eurovision 2015 asks London’s Daily Mirror?

It may be called Euro vision, but organisers of the famous singing competition have invited the land down under to take part in this year’s show as part of the competition’s 60th anniversary.

Australia will be fast-tracked to the final alongside other Big Five countries, the UK, France, Italy, Germany and Spain, and the host country of Austria.
[Read the original]

The Eurovision Song Contest voting procedure is legendary, but even more legendary is the coveted role of the official spokesperson – a role that will see Lee Lin Chin deliver the scores on behalf of Australia, announcing the final three countries that will receive Australia’s – 8, 10 and 12 points.