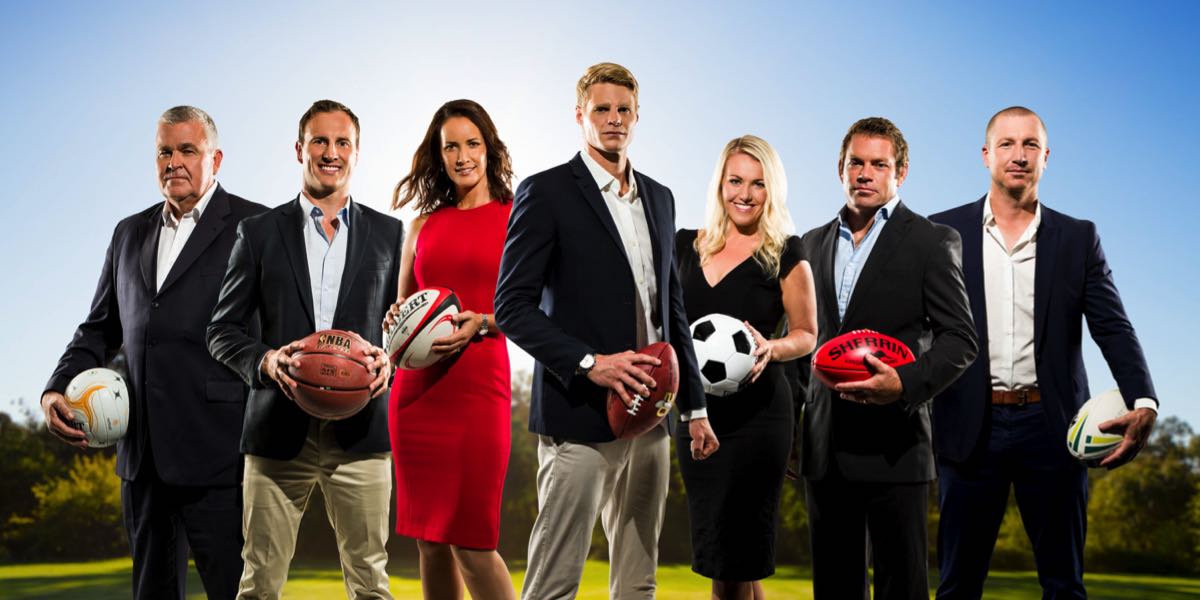 ESPN has announced a new group of high-profile media personalities and current players to lead Wednesday’s launch of the Australian edition of its flagship global website ESPN.com, with the new site to include in-depth reporting, analysis and commentary of mainstream Australian sports in addition to its coverage of US and global sports.

Already the leading digital sports publisher in Australia for total audience engagement monthly, ESPN will expand its market-leading position with an Australia-focused edition of the award-winning site.

The ESPN.com Australian edition will provide dedicated and quality reporting of Australian sports including AFL, NRL, Netball and V8 Supercars alongside the best of ESPN’s comprehensive coverage of US and global sports including the NBA, NFL, rugby union, cricket, soccer, tennis, golf, baseball and international motorsport. The site will be also be closely integrated with ESPN’s other market-leading sports sites – ESPNcricinfo and ESPN FC – for the best in global cricket and soccer coverage.

Veteran rugby writer Greg Growden, who joined ESPN in 2013, has extended and expanded his role, now covering additional sports. Australian sports broadcaster Stephanie Brantz has also joined the group of new ESPN contributors, all of whom will write exclusive columns and feature in videos.

“Bringing an in-depth, multisport experience to sports fans any time, anywhere in Australia is central to our mission here at ESPN,” said Haydn Arndt, general manager of ESPN Australia/New Zealand. “Fans will enjoy not only what they have come to know from ESPN.com but they will now have the bonus of Australian sports coverage in a way only ESPN can deliver, with unmatched depth and the very best ‘game around the game’ expert analysis we are known for. Utilising our global technology infrastructure while we program content and sell advertising locally is a powerful, winning combination.”

Helping build audience around the sport coverage on the new Australian edition of ESPN.com will be market-leading tipping site ESPNfootytips – with more than 800,000 registered active users participating in tipping games across AFL, NRL, EPL, Super Rugby, and many other sports.

“The launch of our Australian edition of ESPN.com is the latest evolution in a digital journey that began with our acquisition of ESPNcricinfo in 2007, our investment in ESPNfootytips in 2011 and continued with a localised ESPNscrum in 2013,” said Lance Peatey, director of digital products and partnerships at ESPN Australia/New Zealand. “With our leadership position already established and more fans consuming ESPN digital content than ever, we are not launching from a standing start. This new site brings fans a genuine alternative for local coverage, with authority, personality and a world-class technology backbone that will gradually allow us to deliver each Australian fan with a more personalised experience that helps them easily consume and discover the most relevant content for them.”

ESPN.com’s Australia edition launch will be supported by UBET. “Like ESPN, UBET is focused on digital innovation, so this is an ideal platform for us as ESPN expands content and builds on its already extensive US sports portfolio. The new Australian edition of ESPN.com is a natural extension to our existing collaboration on ESPNfootytips – the largest tipping site in the country,” said Penny Glasson, UBET general manager – brand.

Wednesday’s Australian launch is the ninth edition released by ESPN since the completely rebuilt US and UK editions in April 2014. The ESPN.com Australia edition comes just months before the launch of an India edition as part of the recent collaboration between ESPN and Sony in the world’s second-most populous country.