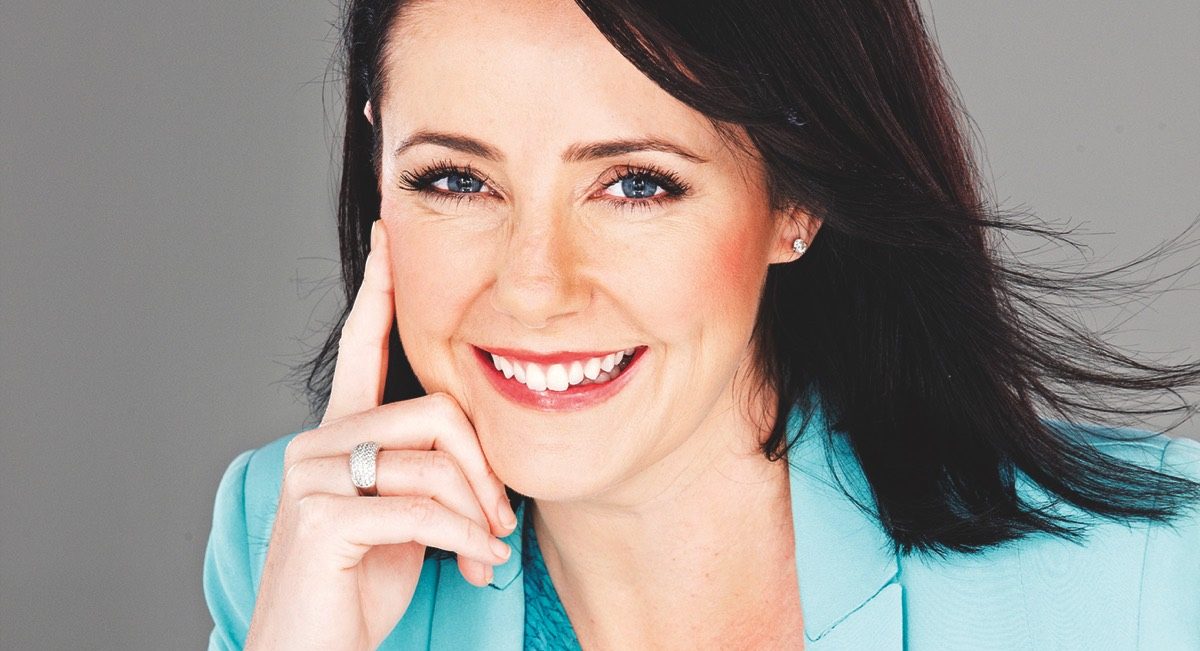 After some hurdles with timing, Mediaweek was finally able to get hold of Fiona Connolly, the editor of Australia’s most-read weekly magazine Woman’s Day.

“It was getting a little bit hectic,” Connolly said to Mediaweek as she apologised for postponing a time set on Thursday, which is the weekly magazine’s deadline day.

“I actually did the cover interview with Sam Armytage. I haven’t done that for quite some time. Having to interview and write while trying to get the rest of the mag off was hectic,” she laughed. “It was good to get back on the tools so to speak.”

In the emma figures for 12 months to December 2015, Woman’s Day has the highest circulation and readership of any weekly title in Australia. The magazine had a readership of over 1.764 million from a circulation of 275,120.

“There is something about the magazine that screams engagement,” Connolly remarked. 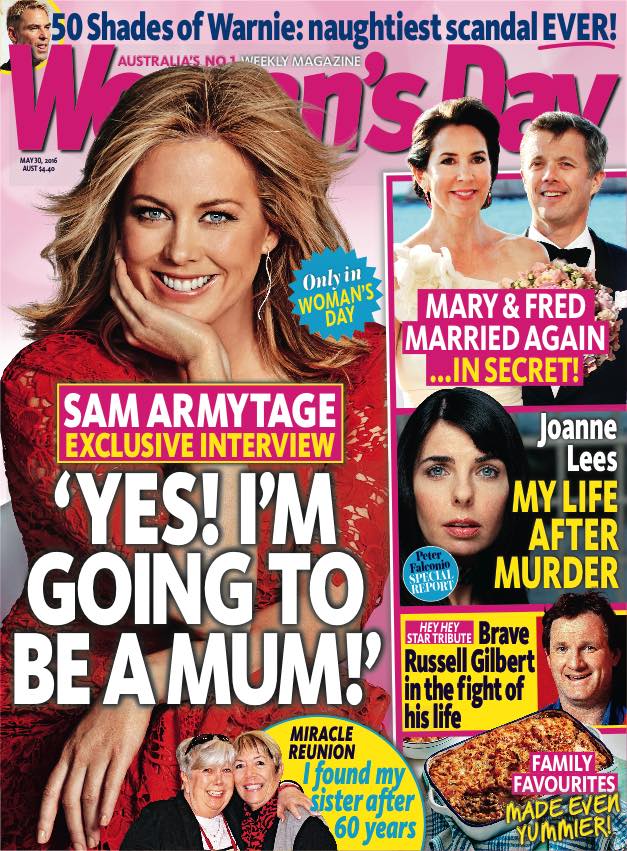 The key to Bauer Media’s Woman’s Day success, Connolly said, is a combination of two things: 1) The mixture of celebrity, real life and lifestyle stories 2) The title’s focus on serving its core audience.

“I am very focused on catering to our core audience and not skewing too young. A lot of other celebrity titles have lost sight of that,” Connolly claimed. “[In an attempt] to get the younger audiences, they have ignored their core audience. That for me is women aged 50+.

“Woman’s Day is a multigenerational magazine that is read by several generations of Australian women… but certainly our key demo is women who are 50+.

“We break more Australian celebrity stories than any other brand or title. What I see online is a great deal of celebrity content, but there is a huge amount of regurgitation and recycling of stories. Whereas you can guarantee that on Monday morning you will get a handful of truly exclusive stories on the Woman’s Day website, which will point the readers back to magazine for the full story.”

The crossover between its audience online and the magazine in March 2016 was about 18,000 readers, according Roy Morgan. The main driver of traffic to the Woman’s Day website is its Facebook page, which has just under one million followers. “We are literally a week or so off that million fan mark,” Connolly stated. “Every time I turn around we are closer.” 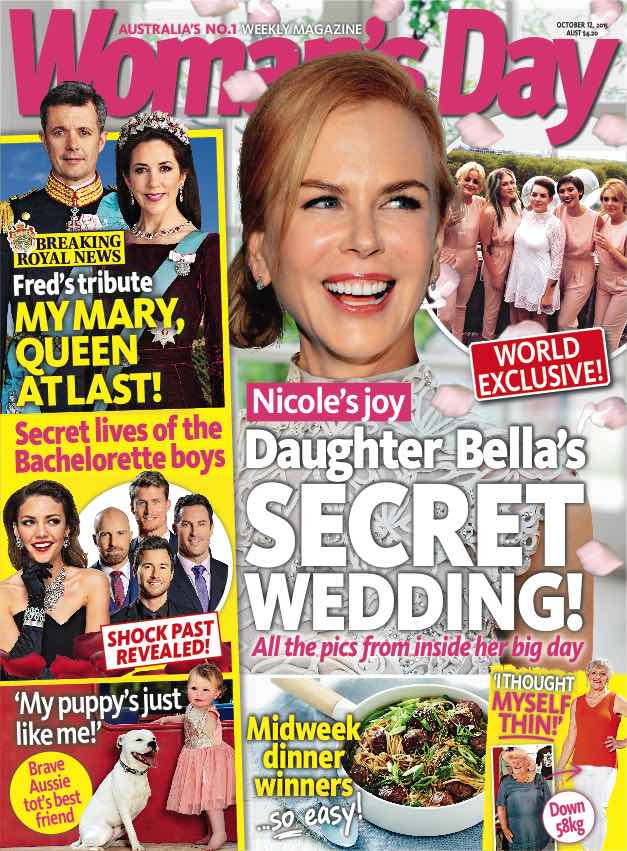 Pacific Magazines’ weekly title New Idea is Woman’s Day’s closest competitor in print. New Idea has a readership of 1.742 million, according to emma data for 12 months to December 2015. When it comes to online successes, New Idea takes the lead based on emma’s monthly total audience readership report for magazines online. In March 2016, Woman’s Day had a readership of 217,000 while New Idea had 241,000. In terms of social following, New Idea entered the one million followers club on Facebook in late April.

“All of our Facebook fans are very organic. They haven’t been bought. Our reach on Facebook is also high. It was at 2.3 million the last time I checked,” Connolly asserted.

About the close competition from New Idea in print, Connolly said: “Woman’s Day sells about 1.8 million more copies over the year than New Idea, so [the distance between #1 and #2] is quite significant.

“That old saying, ‘imitation is the highest form of flattery’, is true. It’s a little bit of annoyance that we’ve got a competitor that will take the successes and ideas that we have here and replicate them.

“I certainly don’t look over my shoulder. We have keen interest in the New Idea that comes out each week to see what they are doing. But that said, the team and I here at Woman’s Day have a very strong vision and we never waver from that regardless of what the opposition is doing.”

Speaking about what the Woman’s Day point of difference is in the Australian weekly magazine market, Connolly said: “The Woman’s Day readers are rather conservative. They have a lot of pride in Australia and Australian women. The best cover stars are Australians,” Connolly revealed. Australian actor and comedian Rebel Wilson issued a writ against Bauer Media earlier this month for articles that Wilson claims were defamatory and have had an impact on her career. The two articles were published by Woman’s Day on its website and in print in May 2015. Woman’s Day claimed that Wilson had fabricated stories from her childhood and lied about her age, name and background. There were subsequent articles published in other Bauer Media titles.

Bauer Media issued a statement about this, which in part read: “Bauer Media has not been served with a writ by representatives of Ms Wilson. If and when it is served, we will take the opportunity to consider our defences.”

Asked about her response to this criticism, Connolly said: “For many decades, Woman’s Day has been celebrating celebrities in good and bad times. We have famously reported on the events that the celebrities sometimes don’t want you to report, but there is an insatiable appetite for that.”

Putting an issue together with a compelling cover doesn’t guarantee that the magazine will be flying off the shelves. There are a lot of other factors that impact on how well an issue sells.

“The biggest contributing factor is what the competition is doing. Other factors such as public holidays and the weather can also have an impact on the sales,” Connolly said.

That’s why if it’s raining on a Monday morning when Woman’s Day editor Fiona Connolly wakes up, she is not particularly pleased.

“Anything that can take people out of their usual buying habits can be a problem for us.”