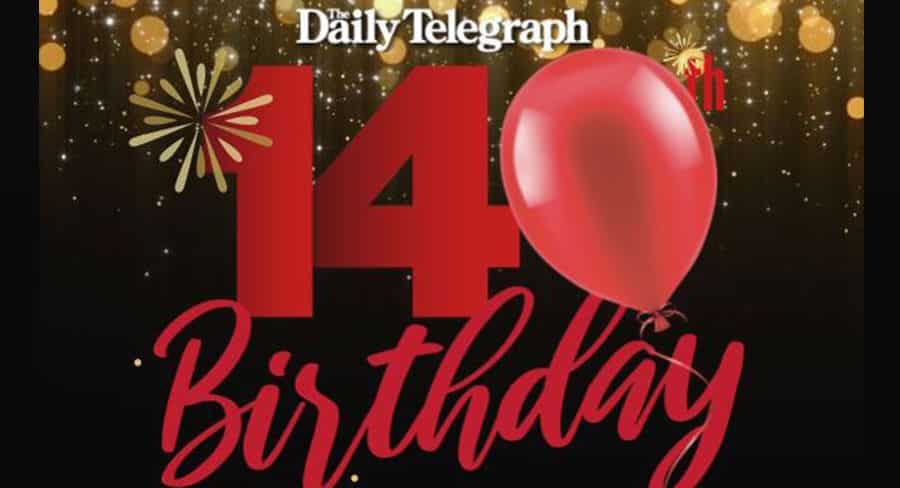 Here is a selection from columns from both the newspaper editor Ben English and 2GB breakfast host Alan Jones.

Here is a selection from columns from both the newspaper editor Ben English and 2GB breakfast host Alan Jones have written today.

Since its foundation in 1879, The Daily Telegraph has been as much a part of Sydney as our harbour and beaches, which in the year of our masthead’s launch, were rather less populated than they are now, 140 years later.

Sydney in 1879 was home to only about 350,000 people. Our entire nation’s population was somewhere close to two million, less than half our city’s current total.

Even from those earliest days, The Daily Telegraph precisely reflected the energetic, competitive and irrepressible nature of our city.

Beyond our boundaries, The Daily Telegraph has also brought to Sydney news of the planet’s most transformative events.

Consider the sweep of history covered during the past 140 years.

In Monday’s eight-page wrap and throughout the week, The Daily Telegraph will revisit many of the momentous occasions that have occurred on our watch. These won’t be simple reprints. They will be written in the present tense, to better indicate through a modern perspective the historical nature of those events.

\We will always speak Sydney’s language. Our voice is – always has been – our readers’ voice.

It’s with their perspective in mind that our reporters, columnists and editors, illustrators, cartoonists and photographers carry out their craft.

The Tele has never condescended to its audience. It has never assumed any lofty, insider’s pedestal.

That’s one reason we have thrived to this day – on the good graces of you, our wonderful readers. Alan Jones: The Daily Telegraph has been telling it straight for 140 years

The Daily Telegraph is to be congratulated – firstly on reaching the milestone of its 140th birthday, and secondly on giving its readers this special anniversary feature.

The Telegraph, rightly, describes itself as “the voice of Sydney and NSW”.

No other newspaper does that.

And not only is the Telegraph the voice of “Sydney and NSW”, it’s the voice of the people. The fair-dinkum people. The people I describe as coming from Struggle Street. Not the latte-drinking tree huggers of the left that churn out the bile in some other newspapers.

Now not only do we get the news and the sport in The Tele, we also get the opinions of the people we want to hear from.