PLUS: 20 commentators on the departure of Collingwood president Eddie McGuire

Eddie McGuire stood down as the president of the Collingwood Football Club at a press conference in Melbourne on Tuesday afternoon. It is the second major role McGuire has stepped away from after departing Triple M breakfast at the end of 2020.

He used his time in front of the media to recap the club’s achievements, largely off the field, during his 23 years running Collingwood. There was scant mention of what might be next for one of Melbourne’s most prominent, busiest and best-connected sports and media executives.

McGuire noted he wanted to have a break from his media career if his media bosses agree. One of those negotiations will be easy. McGuire runs the company JAM TV which is part of McGuire Media. JAM TV calls itself “Australia’s No. 1 producer of sport and entertainment” and McGuire is the chairman. The business produces many TV shows including Millionaire Hot Seat, Footy Classified and The Sunday Footy Show among other things.

Amazon Prime Video last year announced it has commenced production with the Australian Football League (AFL) and JAM TV Australia, on a docu-series that follows six key individuals from six teams for their 2020 season of the AFL.

The then untitled docu-series had been planned to launch in over 200 countries and territories in 2021.

McGuire’s other roles are as one of the faces of both the Nine Network and Fox Footy. A deal for him to be employed by both Foxtel and the Nine Network was hatched back after McGuire’s unsuccessful short time running the Nine Network. A deal that also came before News Corp and Nine started a war that sees no sign of ending. McGuire is worth much more onscreen than running a broadcaster. 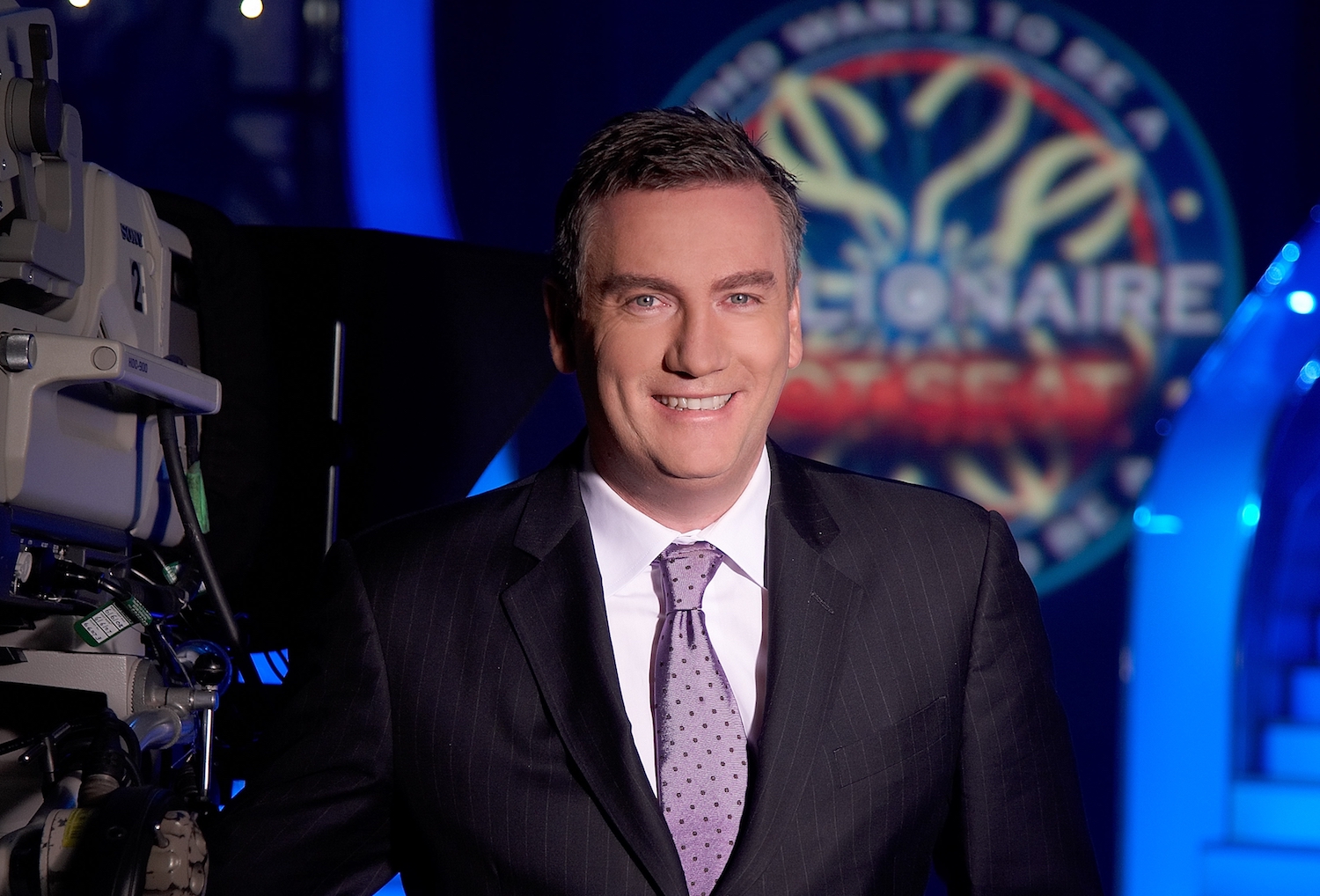 At Nine McGuire hosts the critical Millionaire Hot Seat which is a critical part of the schedule and feeds audience into the primetime schedule. Eddie also hosts one of the two episodes of Footy Classified that screen every week. While Craig Hutchison looks after the original Monday episode, McGuire takes the chair on Wednesday’s, giving viewers one of the weekly sports TV highlights as he spars with panelist Caroline Wilson.

At Fox Footy McGuire is part of the commentary team both in the studio on Friday nights and at games across the weekend. If he stays with Fox Footy it might be easier to fit him into the weekend schedule as he won’t need time off to be at every Collingwood match. 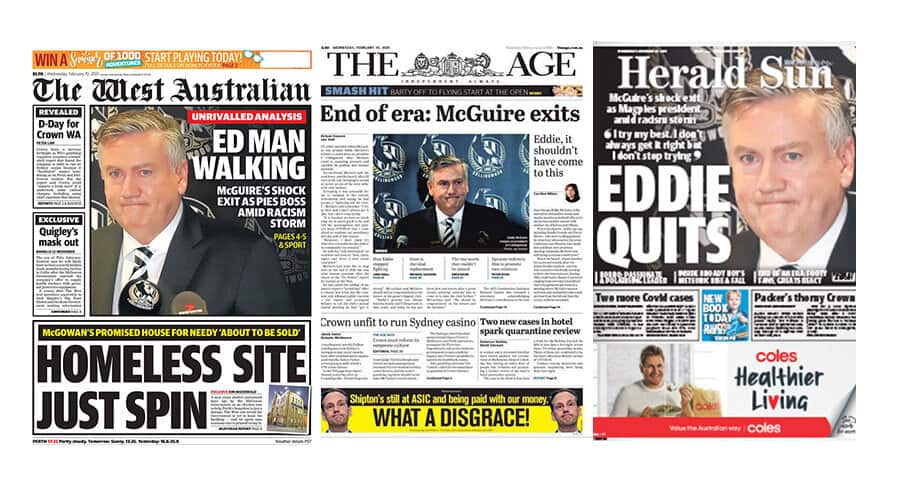 Here’s a round-up of some of the commentary and reporting surrounding McGuire’s Collingwood departure. There will be much more to come.

Paul Murray on Sky News
Message for the big end of town: The same mob that pushed Eddie out will push you out one day.
Sadly the woke warriors win…again.
PC woke brigade rules: McGuire, canceled.
It doesn’t matter what is happening on the field anymore, that is not what it is about anymore.

Rita Panahi on Sky News
The mob has won and they got [Eddie’s] scalp.

Caroline Wilson in The Age
Ed, it should never have ended like this

Damon Johnston in The Australian
In the end, the pressure was just too much for Eddie McGuire and the Collingwood club

Mark Robinson in the Herald Sun
Robbo: A shame Eddie run out of his own club

Peter Lalor in The Australian
Eddie McGuire condemned by history

Mark Duffield in The West Australian
Ed’s end comes quickly, but footy better for his reign

Barrie Cassidy in Guardian Australia
Eddie McGuire failed to identify his use-by date and, when forced out, portrayed himself as the victim

Jake Niall in The Age
For once, maybe the only time in his bruising 23-year stint at the helm of Collingwood, Eddie McGuire wasn’t willing to keep fighting.

Damian Barrett at AFL.com.au
McGuire quits: The only decision that Eddie could make

Rohan Connolly in Footyology
Very dignified exit from Ed. Collingwood IS a much better club for his tenure, that is indisputable

Michael Gleeson in The Age
Collingwood need a new face. For a generation it has been the image of Eddie McGuire. The new face of Collingwood should be Jodie Sizer.

Statement from the AFL Commission