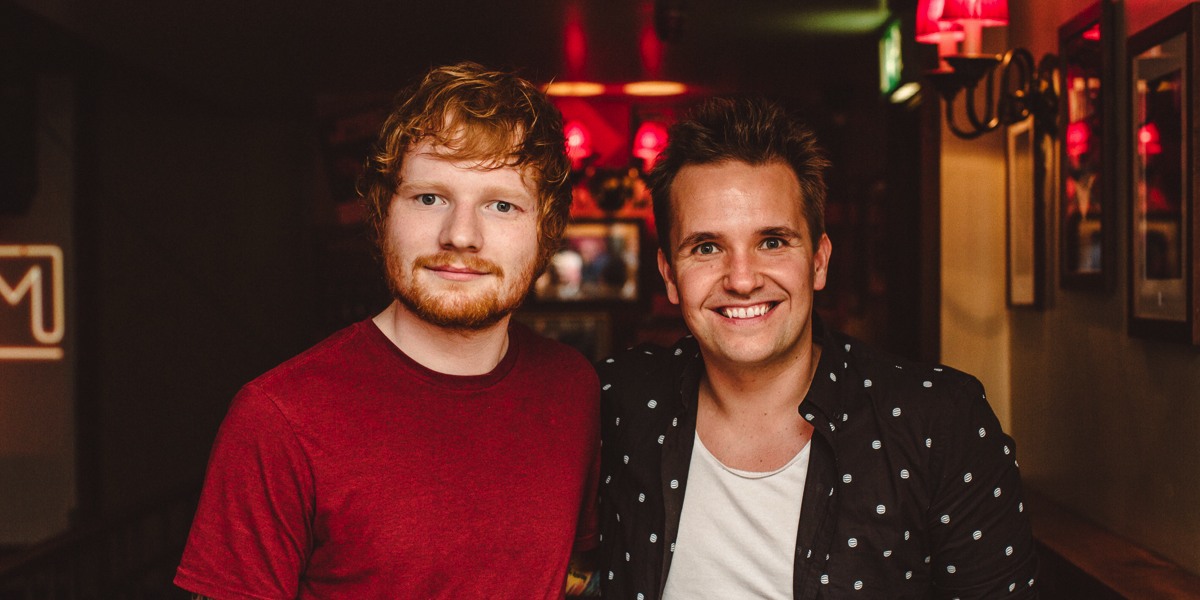 Getting some time with the manager of the biggest artist in the world was a bonus for Mediaweek. We spoke with Ed Sheeran’s manager Stuart Camp in the small London pub Whelan’s where Sheeran performed.

“The foundation of what we have is all built on playing live. We have pretty much toured non-stop with maybe two months off in four years. After the first campaign we were going to stop and make a record, but we got the Taylor Swift tour and we spent six months in America. We made a record on the road and then took a tiny break before we started doing the promo tour for X.

“It is always interesting to mix it up a bit for Ed and the audience. He loves doing things that are a little bit weird. When you reach a certain level commercially, it is nice to be able to come and play a venue like Whelan’s. It can get so mundane with countless venues that look exactly the same in the US.”

Having one man and a guitar on stage shouldn’t need a massive support crew, and that is exactly how Sheeran and his team work. “We sometimes have the smallest crew that has ever worked at a venue. When we played our first arena show in the UK the venue was gobsmacked we had 27 people in our crew. They had just had Snow Patrol who toured with 120 people.

“On the flip side some people dismiss the production as just Ed and a loop pedal. We put a lot into the visuals because we still need to make it a good experience. We are basically a small family unit and we have had the same tour manager and same sound man since we started.”

Camp said whether it is working in front of fans or the media, they want to ensure they leave everyone with a smile on their faces. “That includes talking to radio or television – we are sure to give everyone a good time and we say ‘thank you’ when we walk out. Even if we are having a shit day, we will give everyone a good time. Those relationships are really important. We need them and vice versa.

“I cannot comprehend people who sign major recording deals and then bitch and moan about having to do this or that. If I was Ed and had written the songs, and quite rightly he feels like this, you want the whole world to hear them and you do anything to make sure that happens. It is not selling yourself out, but it is being proud of what you do and wanting to share it.”

While Sheeran’s team maintains a good relationship with all Australian FM networks who play their material, Camp noted that Nova was the first to come
on board. “They embraced us and they got us completely. They are a nice organisation as people and we get on with them like a house on fire. We go to Australia and it is a joy to visit a station like that. Especially after you spend several months doing promo in Germany and France!”

Camp also noted how the Red Room experience plays right into the Sheeran ethos of mixing things up and keeping it interesting. “We are between the two biggest shows of our career at Wembley Stadium and Croke Park. To be offered the chance to do this show in Dublin was a no brainer – we love Ireland and we love Nova.”