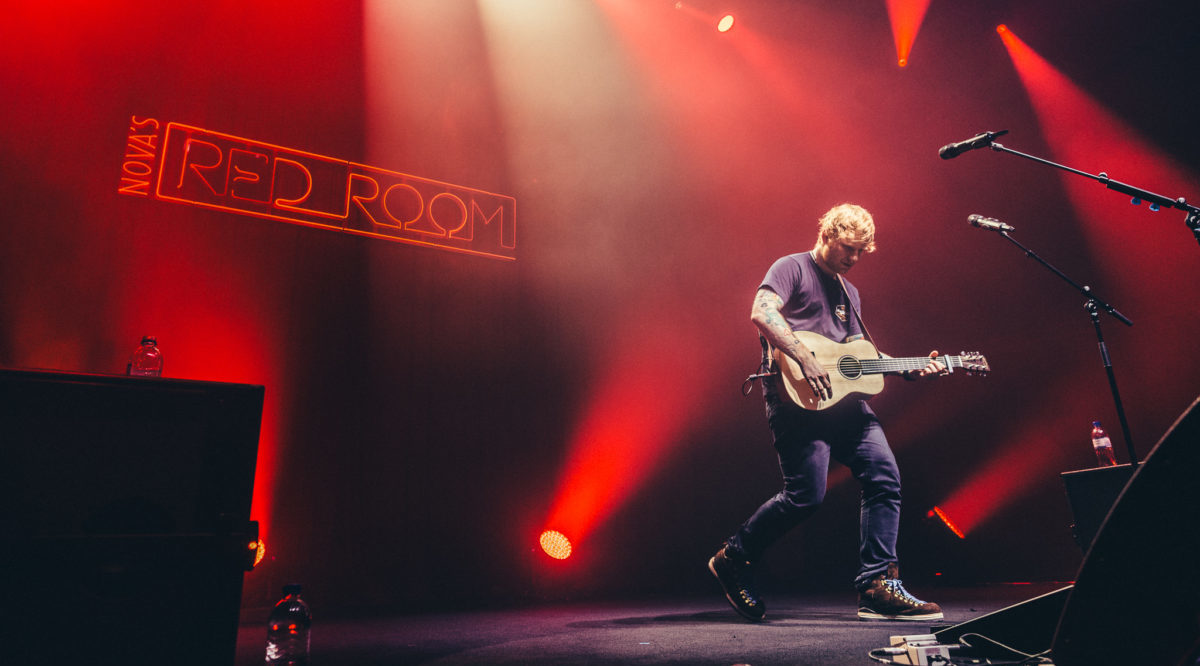 The global superstar works media and fans into a  frenzy

With a quick media blitz that included Melbourne and Sydney, plus a side trip to Hanging Rock, Ed Sheeran has certainly ensured chart success for his forthcoming album “Divide”.

Predicting his March release would rank #1 is a no-brainer, but Sheeran and his team never leave anything to chance and his long relationship with Australia has been carefully maintained this week with handpicked media people securing interviews and performances to warm up Sheeran’s fans. 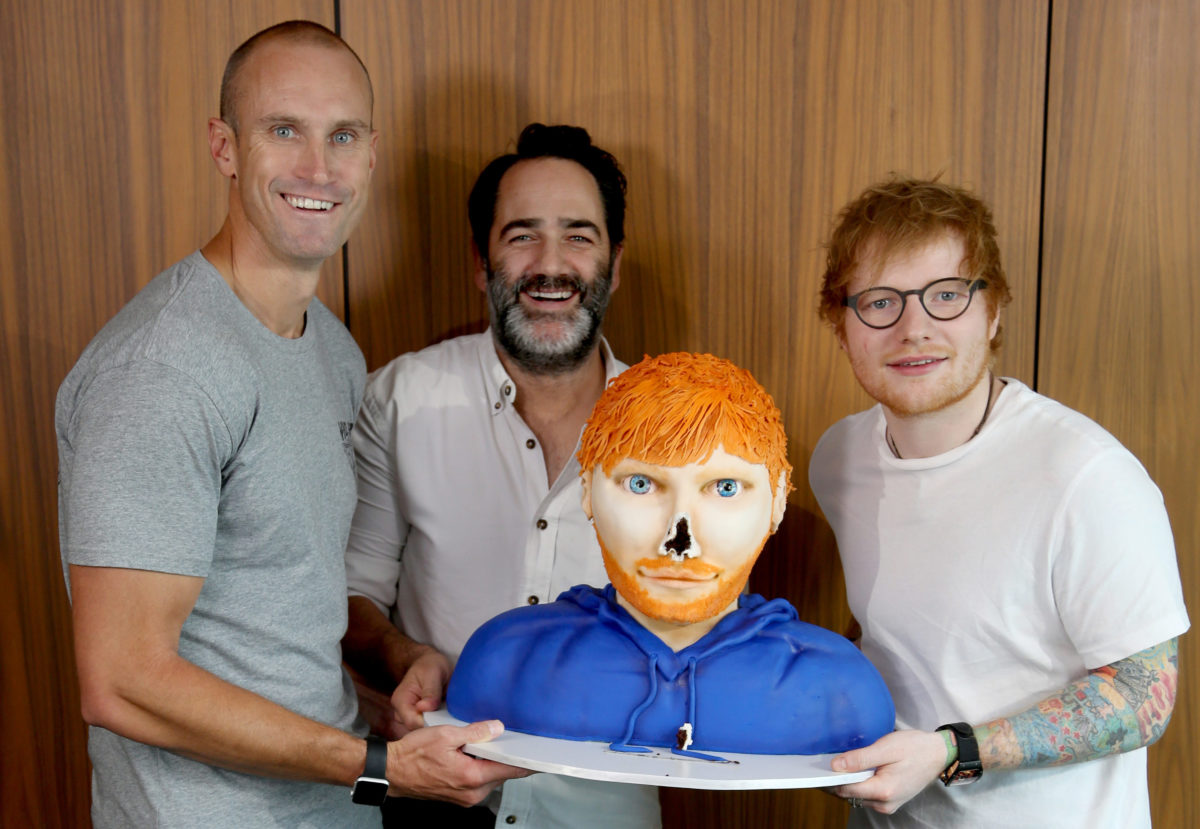 Fitzy and Wippa with the cake they baked for Sheeran

Sheeran has been off radar and off social largely for media and fans for 12 months.

His visit to Australia was to ensure nobody had forgotten about him. No chance, right? His two new singles, released together because he couldn’t decide what to go with first, have dominated the ARIA singles chart for the past month. Expect “Divide” to dominate for much, much longer. Remember that his previous album, “X” (Mutliply) is in the top 20 at present after 137 weeks on the chart. 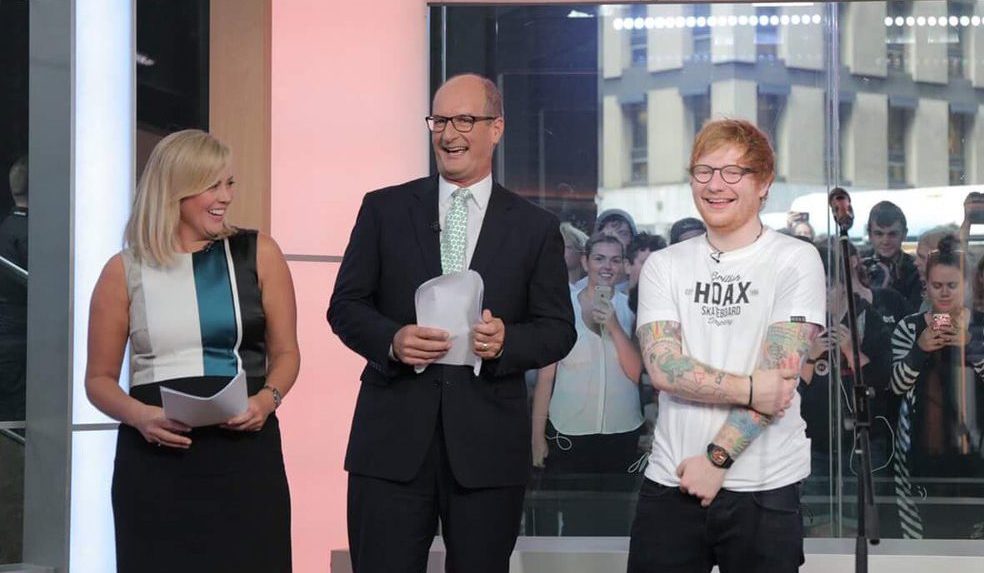 Sheeran on Sunrise with Kochie and Sam

Sheeran visited Melbourne first on his trip where Michael Gudinski and Warner Music helped sort out promotional interviews with SCA’s Hamish and Andy, Ash London, Triple M’s The Hot Breakfast, a World Famous Rooftop performance for a select few at Hanging Rock and then the first-ever live performance on TEN’s The Project. 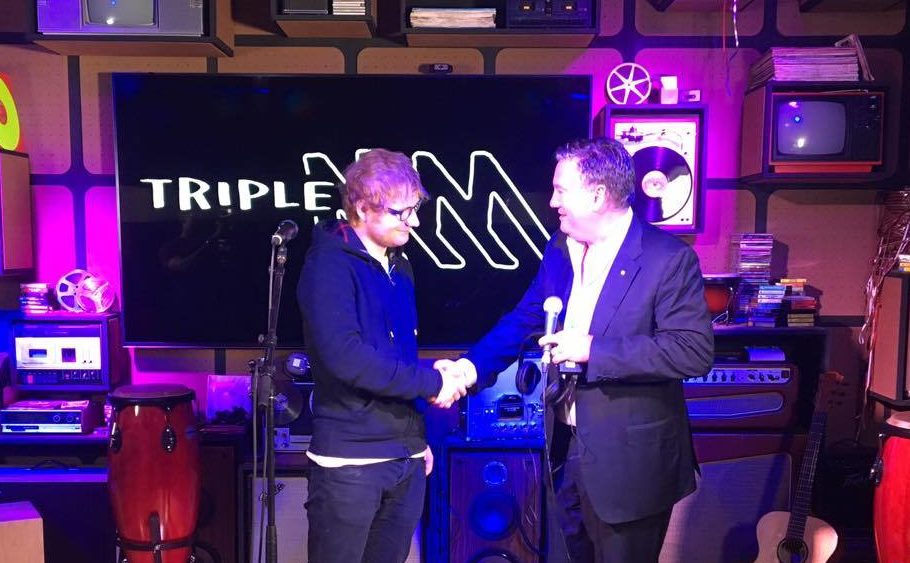 In Sydney Sheeran split his time between KIIS and Nova, after surprising 2Day’s Em and Harley with a visit to their Melbourne studio. Richard Wilkins scored an interview for Nine’s Today while Sheeran performed inside and out at Marin Place for Seven’s Sunrise. 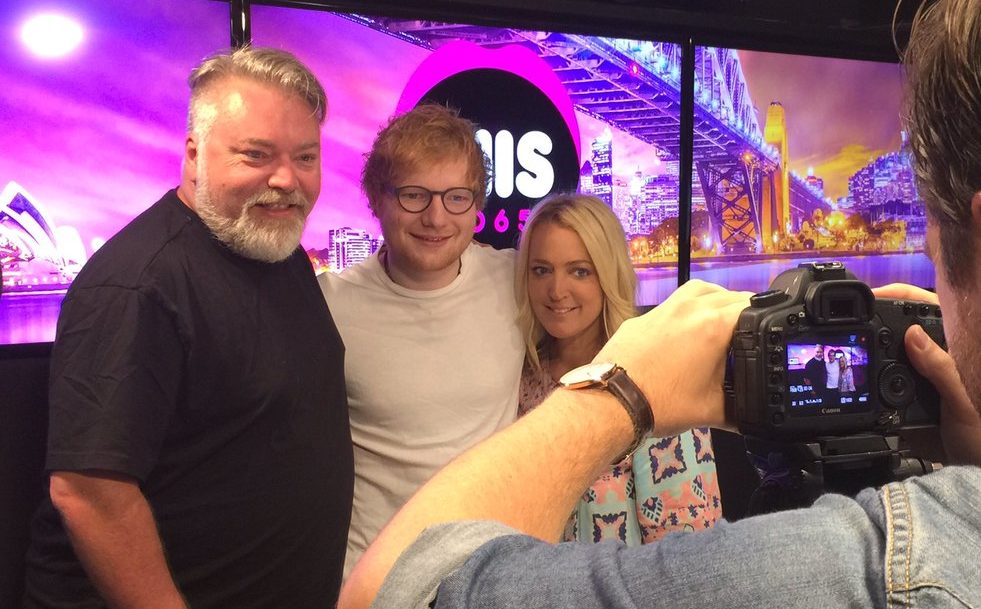 A visit to KIIS FM’s Kyle and Jackie O

Nova Entertainment made the most of his visit by arranging what was virtually a mini upfront prior to his Opera House show where CEO Cathy O’Connor spoke about Nova’s financial performance and linked it directly to the support of people in the room. Her audience was warmed up by company insights from sales chief Peter Charlton and marketing and digital boss Tony Thomas, who explained the brand refresh. 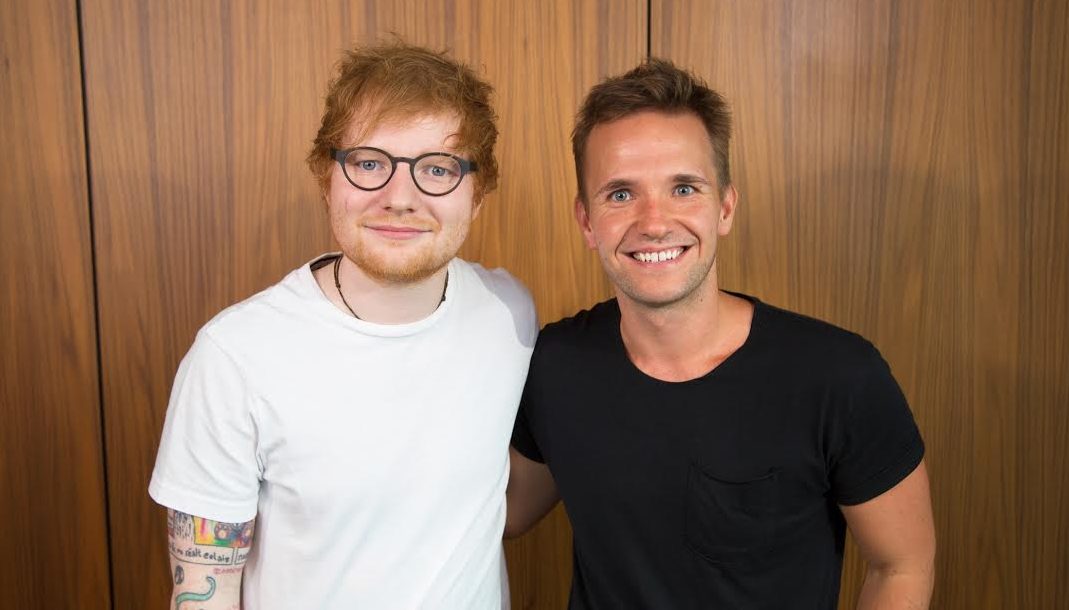