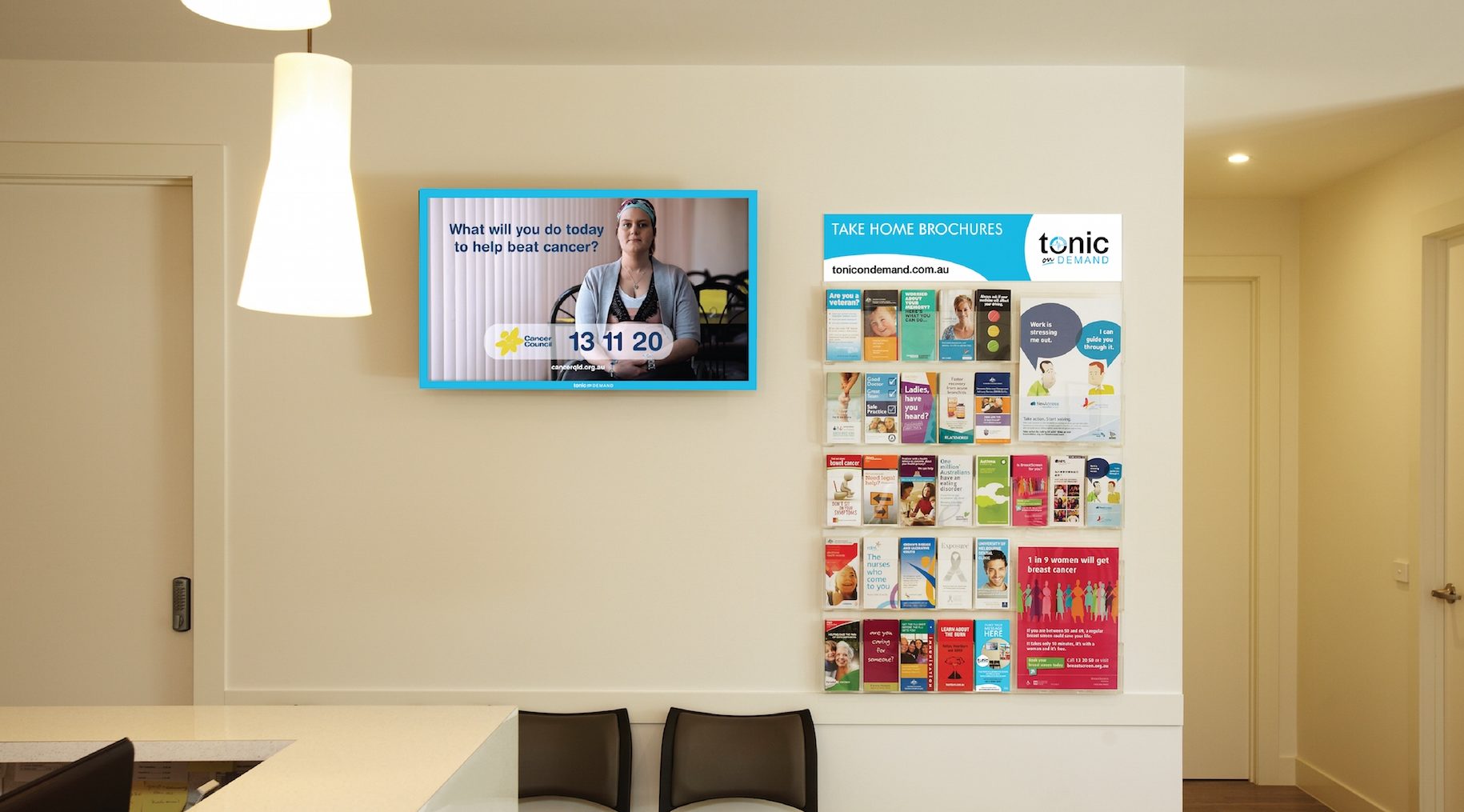 Dr Norman Swan and his wife Karen Carey started the growing out-of-home business Tonic Health Media with the aim of improving the knowledge base of consumers and healthcare.

Swan is well known to the audience of Radio National and ABC while Carey is a consumer advocate in the health field. Swan said the ABC remains an important part of his life with the weekly Health Report radio show and ongoing production of Tonic on television. “The trust I have with the audience starts with the ABC, and I am very careful that trusted relationship carries over to Tonic as well,” Swan, Tonic Media executive director, told Mediaweek.

“I have spent my career trying to give information to consumers so they can better make rational decisions about their healthcare. We built a production company which produced a TV series called Tonic on ABC television and it has just finished its sixth series on air.

“Many people are out in the market producing health information but it requires people knowing how to find it. It became clear to us that the golden moment to communicate with people in a health setting is in the few minutes before they actually receive healthcare. Most of us don’t think about our health and wellbeing until we are sick. It is therefore very hard to gain people’s attention. “We started what has become Tonic Health Media and then acquired Info-Med and we have been essentially exploiting that time, on average 35 minutes, when people are waiting to see a doctor, giving them information they might not be able to get from any other source. People trust their doctor and they get our messages in a trusted environment.

Swan noted that government and non-government organisations spend around $500m annually trying to communicate with this audience. “It is largely wasted because it doesn’t hit the audience, whereas we provide a targeted dissemination mechanism.”

“State and federal government use us a lot for public health campaigns with a substantial spend.”

Swan said the Tonic Health Media screens are now available in well over half of Australia’s general practices. That gives it an audience of close to 10m a month, added Swan.

Tonic makes most of its own editorial content in addition to taking content specifically created for its audience plus traditional TVCs.

Tonic has a number of guidelines for potential advertisers, said Swan.

“If it is a health product it has to be evidence based. We won’t run unhealthy food advertising or alcohol and tobacco promotion.”

Asked about any financial gain for doctors, Swan replied: “It is a very clean relationship. Doctors do not pay for the screens which we install free of charge. In return they get high quality health programming for their surgeries.” Doctors also get around two minutes of promotional time every hour to promote their business. “No money changes hands,” added Swan. “They are not asked to endorse any of the products that will be advertised. The only obligation doctors have with our screens is that they are turned on!”

Tonic is accelerating the rollout of screens and is expanding into pathology centres where there are also a lot of people waiting for blood tests. Tonic is also fine-tuning its digital strategy which will be revealed in the next few months.

Drug companies are the amongst the bigger advertisers, but Swan said government ad spend ranks #1 with Tonic. “State and federal government use us a lot for public health campaigns with a substantial spend. There is also a broad base of commercial advertisers including health insurers. This is a new category for media buyers to think about health television.”