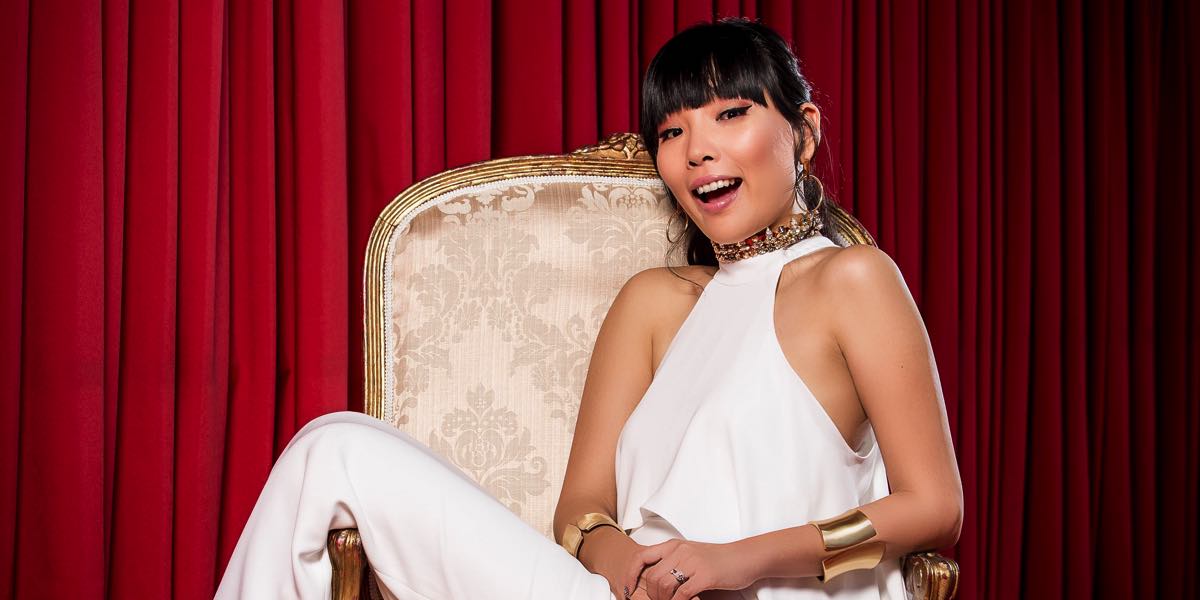 Australian-Korean singer and the fifth season winner of X Factor Dami Im will represent Australia at the Eurovision Song Contest in Stockholm, Sweden this year.

The announcement was made on stage at the Sydney Opera House during the Conchita: From Vienna with Love concert. Austrian artist Conchita Wurst, who was crowned winner of Eurovision 2014, was present during the announcement along with 2015 Australian representative for the singing competition, Guy Sebastian.

The “Alive” singer made ARIA chart history in 2013 by becoming the first X Factor contestant to follow up a #1 single with a #1 album.

The contest will be broadcast on SBS’s Eurovision Weekend starting on 13 May to 15 May at 7.30pm, with the primetime broadcasts featuring artist interviews and behind the scenes clips.

After Guy Sebastian wowed Europe with a top 5 finish as Australia’s first ever Eurovision contestant in 2015, the European Broadcasting Union and Swedish broadcaster SVT have invited Australia back for another dose of Eurovision glitz and glamour, and another shot at Eurovision glory.
Dami was announced on stage tonight by Eurovision Queen, 2014 winner Conchita Wurst, and Australia’s first ever Eurovision contestant Guy Sebastian at the Conchita: From Vienna with Love concert with the Sydney Symphony Orchestra, held at the iconic Sydney Opera House.
SBS have selected Dami as the perfect artist to capture Europe’s attention with her unique personal style and show-stopping voice; an artist who is ready to showcase our musical talent to the world.
Born in South Korea, Dami moved to Logan Valley, Brisbane, with her family when she was 9. In 2013 Dami stepped into the spotlight from nowhere, taking out the X Factor crown and winning the hearts of over 3 million Australians with her astonishing voice and transformation into a fully-fledged pop diva.
Since then, Dami, a Sony Music recording artist, has earned multiple ARIA accreditations, including #1 chart positions and multi-platinum sales for the likes of her self-titled debut album and hit singles ‘Alive’, ‘Super Love’ and ‘Gladiator’.
The song Dami will sing on the Eurovision stage will be released worldwide by March 11.
Dami Im said:
“I am so thrilled and honoured to be representing Australia at Eurovision this year in Stockholm. I am really excited to be following in the footsteps of Guy Sebastian and Jessica Mauboy who have both graced the Eurovision stage before me.
“I truly believe that the Australian public and Eurovision fans around the world are going to love the song I will be performing in Sweden. I cannot wait to showcase it to the world and represent Australia to the best of my ability!”
Our all-time favourite duo act, hosts Julia Zemiro and Sam Pang will be poised and ready from the commentary booth in the Globe Arena in Stockholm, Sweden to guide Australians through the meatballs, music and madness that is Eurovision.
The contest will be broadcast on SBS’s Eurovision Weekend – 7.30pm Friday 13, Saturday 14 and Sunday 15 May, with the prime time broadcasts featuring artist interviews and behind the scenes clips.
Eurovision fans can also tune into SBS’s LIVE early morning Semi Final and Grand Final broadcasts on Wednesday 11 May (Semi Final 1), Friday 13 May (Semi Final 2 featuring Australian performance) and Sunday 15 May (Grand Final).
Unlike last year where Australia was a wild card entry straight to the Grand Final, Dami will compete in Semi Final 2, and must get enough votes to go through to the Grand Final.
The public will again have a say in which act receives Australia’s all-important douze points, and this along with a pre-selected Australian jury of music industry professionals who will be announced in the coming weeks, will help determine the 2016 Eurovision winner.
SBS managing director Michael Ebeid said.
“Australia has embraced the Eurovision spirit for over 30 years on SBS, but we’re a competitive nation, and last year with our very own contestant to cheer for and a chance of winning, Australia was completely captivated by the contest on the other side of the world. Reaching over 4 million Australians, it was our biggest Eurovision audience ever.
“We’re thrilled to be welcomed back to the Eurovision family this year, and Dami is the perfect artist to take that next step for Australia on the world’s biggest stage. The essence of the Eurovision Song Contest is about bringing countries together for a celebration of their diversity and culture through music, and it’s that element which resonates so strongly with SBS’s own purpose.”
Australian Head of Delegation, Director of Blink TV, SBS’s Eurovision production partner, Paul Clarke said:
“We are delighted to be invited to Sweden, and we feel we couldn’t have a stronger competitor. Dami has huge musical talent, and her story is like a modern Australian fairy-tale. I expect Eurovision 2016 to be a thrilling, page-turning chapter for her, and for Eurovision fans.
“Dami’s voice is so powerful and she has a distinctive style that I expect will capture the attention of Europe. I encourage our Eurovision fans across the nation and Europe to really get behind her, and to become the Dami army!”