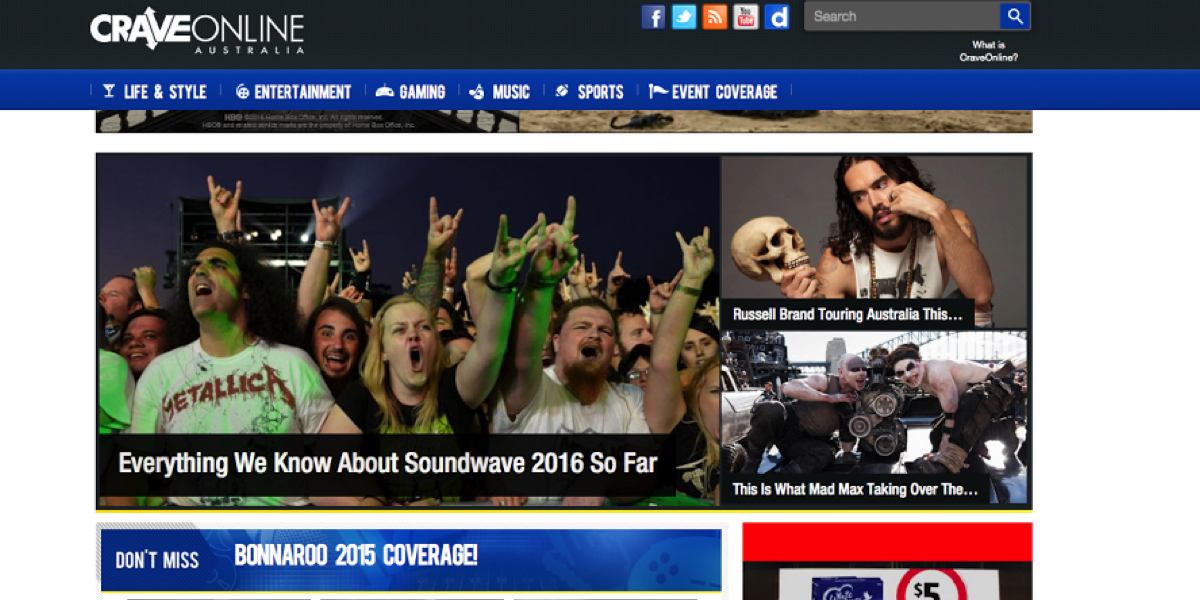 Evolve Media’s Crave Online (craveonline.com.au) has posted a record audience for May.

According to Google Analytics, Crave Online attracted 363,191 Australian unique users in May and 11,400 daily unique users according to Nielsen marketing intelligence (May 2015).

Crave Online Australia dedicates its content to youth culture aimed at the 18-24-year-old modern man, focusing on the categories that define them such as style, design, food, mixology, music, nightlife and sport. The site, founded in the US, is owned by Los Angeles-based Evolve Media and comes under the umbrella of Evolve’s male Australian publishing division Gorilla Nation.

Evolve Media Australia has localised the content for Crave Online Australia, ramping up the local editorial offering for music, gaming, sports, movies, entertainment and event coverage as well as reviewing products and technology.

Joel King, who is managing a number of Evolve’s websites in Australia, said: “Localised content is more important than ever for digital publishers. Audiences are more engaged with content they feel connected with and are more likely to share it on social media. We’ve seen the direct results of this with the launch of Crave in Australia.”

Evolve Media Australia managing director James Perry said: “As the market focuses more on content-led solutions, the content being produced by Crave Online, both locally and internationally, provides a platform to talk to the 18-24-year-old millennials. With Crave, we bring the best of both worlds to both the audience and the advertiser.”