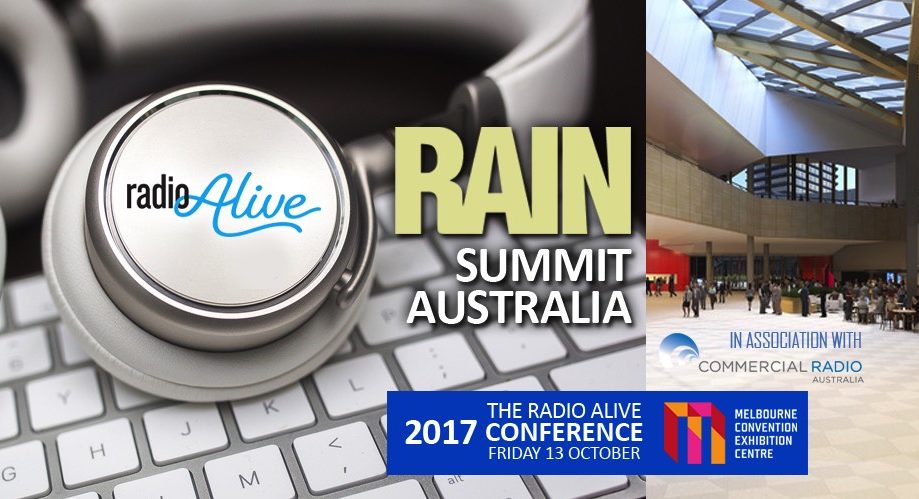 Radio Alive will be held in Melbourne this October

Commercial Radio Australia has announced a partnership with US-based RAIN (Radio, Audio, Internet News) to bring the first RAIN Summit to Australia as part of the industry’s Radio Alive 2017 conference.

RAIN, which holds events for the radio and online audio industry across the US and UK/Europe, will implement a three-hour stream at Radio Alive 2017 featuring speakers exploring podcasting, streaming, and other aspects of digital audio.

Radio Alive 2017, the radio industry’s annual national conference, will be held in Melbourne on October 13, followed by the Australian Commercial Radio Awards on October 14.