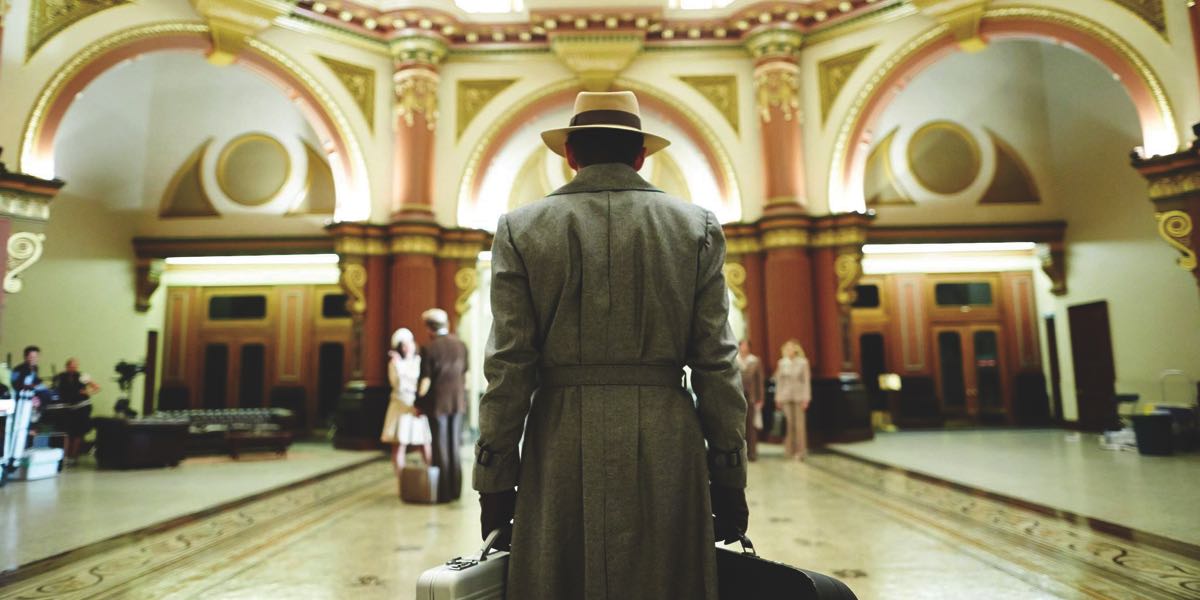 The Australian box office appears to be in decline, with local films afforded fewer screens as they compete with event-sized Hollywood releases. Australia’s cinematic output is barely a blip on the cultural radar, nowadays. Setting to change that are two Australian film producers who are seeking to bring Australian cinema to the internet with their new venture Ozflix.

Ozflix will be a transactional video on demand service that will enable customers to rent Australian films, streamed online. The service will launch in the first half of 2016 and at launch is expected to carry 250-400 films with a roadmap to see 2,500 films added to the service over its first three years.

At the recent Australian Movie Convention on the Gold Coast, Brown and Finney made their pitch to major and independent distributors, with apparent success. Ron Brown explained, “Everything’s available to us. We had our business model worked out and when we got to the convention, we sat down with each of the companies and we said to them: ‘Here’s what we’re proposing and will you sign on?’ We had a very positive, strong response from every distributor large and small.”

With international studios, Village Roadshow, and independents like StudioCanal, Icon, and Transmission approving of the business model, Brown and Finney made public their plans. It is believed that producers will receive a fifty per cent cut of each transaction.

To assist with the digitisation of so many older Australian films, the Ozflix directors have launched the Australian Film Future Foundation, assisting filmmakers with costs of up to $50,000 to restore films.

Access to our local cinema is the pitch that Brown and Finney are making, acknowledging the industry belief that once a film is no longer screening in cinemas or is available on a DVD store shelf, the film is then virtually impossible to access. “There really hasn’t been any practical way to keep Australian films in front of people in the period where DVDs are declining and DVD stores are closing,” Brown said.

“Australian films have always struggled on the big screen, broadly speaking, but in terms of home entertainment access… Only a very few get cherry-picked for cable TV or free-to-air TV. And the vast majority disappear without a trace”.

Driving the content on the Ozflix site will be a high level of curation. Ozflix will feature filmmakers and critics offering suggestions and insights into Australian films. George Miller will discuss his love of Ken G. Hall’s films in a mini-documentary, while director Stephan Elliott will reveal the true story of Priscilla Queen of The Desert, which he claims has never been told.

Brown insists that Ozflix is quite different to services like Netflix and iTunes, citing curation and bundles as a key difference, along with establishing Ozflix as “the destination for Australian films. We hope that people will recognise that and come to Ozflix as their first port of call to look for a film. At the end of the day, the competitors are largely cherry-picking from the catalogue. If you go to the SVOD services out there, they have between 20 and 30 Australian films. If you go to iTunes, you’re paying a premium. We think there’s somewhere between those two that we can sit.”

The decision to launch a transaction-based video on demand service is a curious one, considering the success and attention lavished upon SVOD services like Netflix, combined with the recent collapse of Australian TVOD service Ezyflix. Brown explained that they have conducted market research and found that a transaction video on demand service is the model that most people are comfortable with. In addition, Ozflix will also offer advertising-supported curated content, such as movie review shows and interviews with talent.

Although Ozflix has garnered considerable industry support, with a swathe of talent including Deborah Mailman, Fred Schepsi, Sigrid Thornton, and Deborah-Lee Furness featured on the Ozflix promotional video, not everyone is convinced that a platform like Ozflix will generate enough support to keep it afloat. ABC movie critic, and host of Radio National technology culture show Download This Show, Marc Fennell, cited concern that a service centered around Australian film would be off-putting to the public at large.

“It’s making Australian film sound like broccoli – something that we should watch because it’s good for us. Sell me the sizzle, sell me the best, the brightest, the sexiness, the magic, the horror, the joy, the quirks of films – that also happen to be Australian,” said Fennell.

“Anything that gets Australian filmmakers an extra few cents is fine by me. However I think it would unwise to suggest that this service will yield much more than a few cents at best.

Film critic for The Guardian, Luke Buckmaster, is an unabashed Ozflix supporter. He told Mediaweek, “The idea of creating a one-stop shop for streaming Australian films is an exciting one. When you group Aussie films together, you start noticing how much our filmmakers punch above their weight. For example, just picking one genre, Australian cinema last year alone produced two of the most purely enjoyable time travel movies in years with The Infinite Man and Predestination.”

Brown is realistic about the struggle he faces with a library of Australian titles. “At the end of the day, the vast majority of our content will be films that people haven’t heard of, don’t remember, or were only seen briefly in the cinema for a week or two.”

It’s a challenge that Brown is excited to take on, recognising the value in the project. He explained, “We’re on a mission to relaunch a lot of these Australian films and to engage audiences with them. There’s definitely an evangelical aspect to what we’re planning to do.”