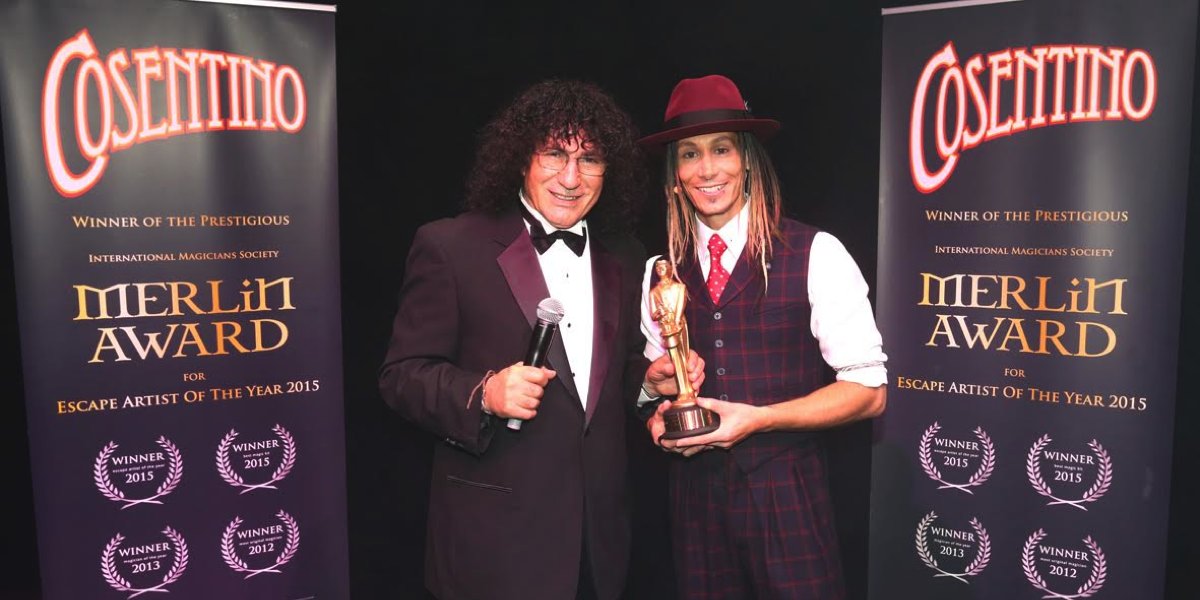 Cosentino has been in New Zealand this week with his Twisted Reality live shows and he performs in Wellington tonight.

Earlier in the week he commenced the tour at the iconic Civic Theatre in Auckland. This was the first time Cosentino has performed live in NZ and the show was sold out.

Cosentino’s TV shows have now aired in over 40 countries around the world, including TVNZ in New Zealand.

Meanwhile the International Magician Society in New York has announced Cosentino as the International Escape Artist of the Year. Acknowledgements from the IMS are the highest accolades in the magic industry, the equivalent of an Academy Award for the movie industry. This is a peer-voted award and previous winners include David Copperfield, Criss Angel and Penn & Teller.

Tony Hassini, the president of the IMS, flew out from New York to personally present Cosentino with his award on-stage in Auckland this week before his show (see photo).