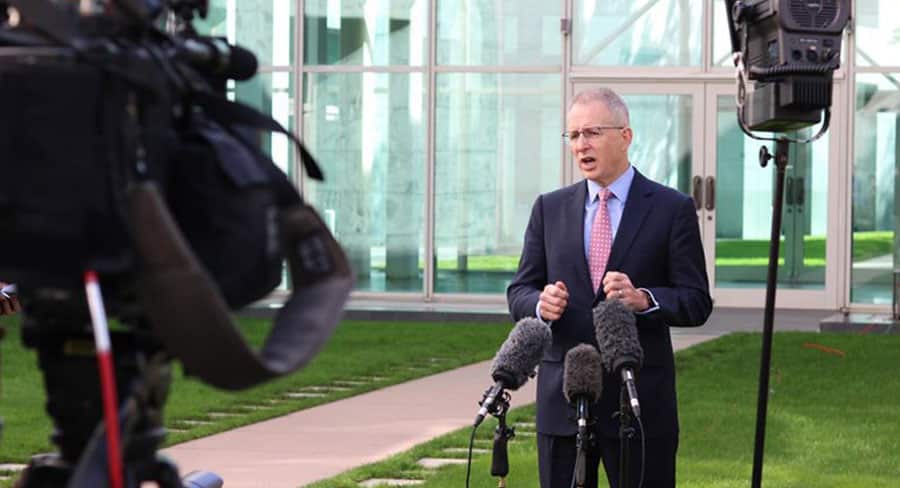 The Morrison Government has announced a package of measures to help sustain Australian media businesses as they do their vital work of keeping the community informed during the COVID-19 pandemic. The measures include:

Minister for Communications, Cyber Safety and the Arts, Paul Fletcher, said “Many Australians are doing it tough right now and the media sector is sharing that pain, especially in regional areas. Broadcasters and newspapers face significant financial pressure and COVID-19 has led to a sharp downturn in advertising revenue across the whole sector.

“We are acting to offer urgent short-term support to the media sector. At the same time we are progressing our December 2019 commitment to consult on the future framework to support Australian stories on our screens.”

The new $50 million Public Interest News Gathering (PING) program will support public interest journalism delivered by commercial television, newspaper and radio businesses in regional Australia. PING is funded with $13.4 million in new money as well as repurposing unallocated funds from the Government’s Regional and Small Publishers Jobs and Innovation Package (RSPJIP). This responds to the ACCC’s recommendation, in its Digital Platforms Inquiry, to enhance the RSPJIP to better support high quality news, particularly in regional and remote Australia.

“As an emergency red tape reduction measure, I have suspended Australian drama, children’s and documentary content obligations on free-to-air and subscription television for 2020. A decision will be taken before the end of this year as to whether this suspension should continue in 2021.

“It remains critically important that we have Australian voices on Australian TV, so there will be no change to the requirement for broadcasters to meet an overall 55 per cent Australian content obligation,” Minister Fletcher said.

The Government said it is accelerating its work to determine the future extent of Australian content obligations on free-to-air television broadcasters, and whether these should apply to streaming services.

“I want to thank ACMA and Screen Australia for their detailed, evidence-based study of the state of the Australian film and television sector, which carefully considers the cultural and economic importance of screen stories, the regulatory framework, and the support the Government provides to the screen sector through a range of mechanisms and policy settings,” Fletcher added.

“Regulated free-to-air broadcasters are competing with unregulated digital platforms and video streaming services. It has been evident for some time – and the COVID-19 crisis has made it even more obvious – that this is not sustainable.

“That is why I want to seek industry feedback on the options put forward by ACMA and Screen Australia, and work with industry on a plan for the future, including how to best secure the market opportunity created by the explosion of streaming services.

“We need to re-emerge from COVID-19 with a regulatory framework suited to the twenty-first century that recognises today’s competitive landscape – where television broadcasters compete with streaming services and a myriad of other internet-based businesses – and which positions both the television sector and the content production sector for a sustainable future,” Fletcher said.

Responding to the announcement, Nine CEO Hugh Marks said: “We thank the Minister for his efforts and the measures announced today which provide some short-term relief to Australia’s media businesses. However, the current COVID- 19 crisis only serves to further highlight the need for urgent long-term solutions to the regulatory imbalance between highly regulated domestic media players and unregulated international technology companies.”