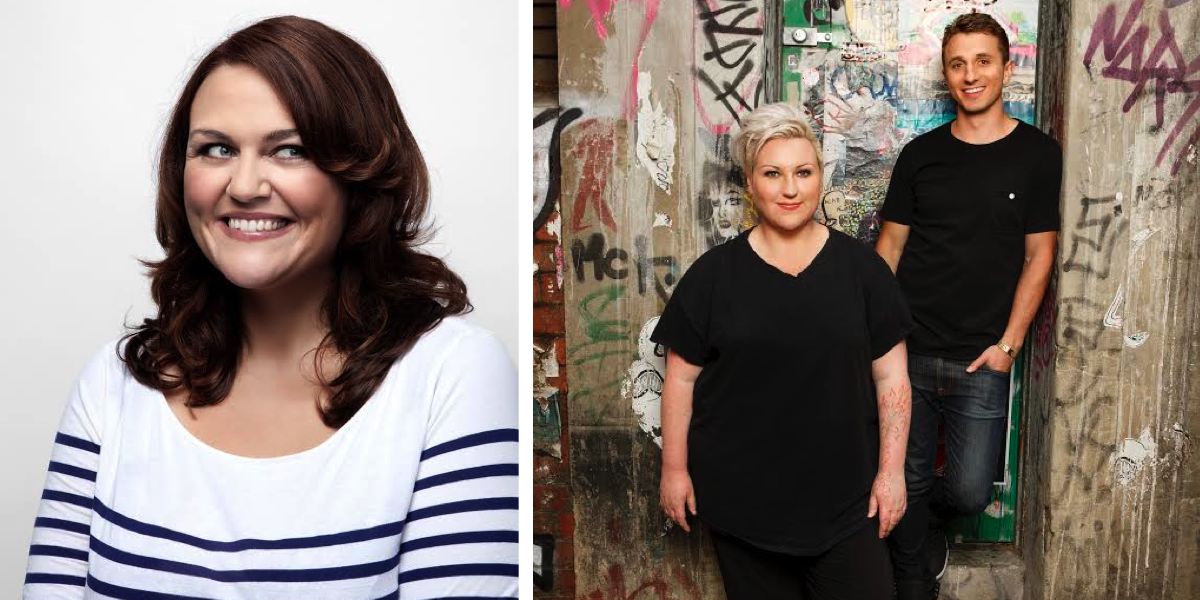 Both ARN and Nova Entertainment overnight released details about some of the changes ahead for the Melbourne breakfast shows at KIIS 101.1 and Nova 100.
ARN released this short statement:

As has been widely speculated this weekend, ARN are pleased to confirm that Meshel Laurie (left) will be joining Matt Tilley as the new 2016 breakfast host for KIIS 101.1 Melbourne.

Meshel fills the breakfast co-host position with the departure of Jane Hall, media release attached regarding that announcement made on Friday.
Meanwhile Nova Entertainment has confirmed Chrissie Swan (right) will be joining Nova 100 in 2016, yet there is no announcement about who the co-host will be:

Chrissie Swan, one of Australia’s most talented personalities, will be joining Melbourne’s Nova 100 breakfast show in 2016.

As a highly experienced radio broadcaster, Chrissie is no stranger to the Nova Entertainment family. In 2015 she has been a regular on Nova 96.9’s Fitzy & Wippa show and previously co-hosted breakfast on vega 91.5 (now smoothfm).

A popular presenter on TV, Swan is a regular on The Project and after endearing audiences on I’m A Celebrity…Get Me Out of Here, she was perfectly cast as the co-host of Network Ten’s successful series The Great Australian Spelling Bee.

Louise Higgins, Nova Entertainment COO, said, “We are delighted that Chrissie Swan will be joining Nova 100 next year. Chrissie’s relatable style and quick wit make her the perfect choice for breakfast and will put us in a strong position for success in 2016.”

Swan said, “I have loved Nova since it first burst into Melbourne and it’s a dream come true. I’ve truly missed chatting to my beloved Melburnians on a daily basis and I can’t wait to get cracking in 2016. I’m back! And I could not be more excited.”

Laurie, a talented broadcaster, TV presenter and writer, who has been part of the Nova network for over 11 years, will be departing Nova 100 at the end of the year.

Higgins said, “I would like to sincerely thank Meshel for her contribution to Nova Entertainment. She’s a great broadcaster and we wish Meshel success for the next stage of her career.”

Meshel & Tommy will continue to entertain Melbourne listeners for the rest of 2015. An announcement about Nova 100’s 2016 lineup will be made shortly.