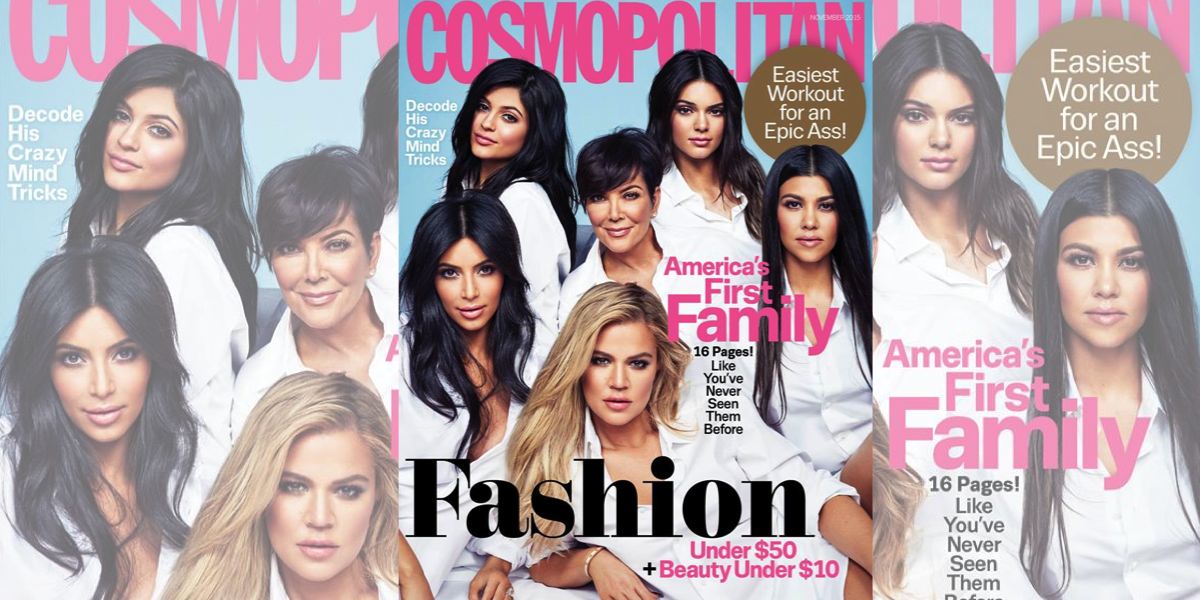 “No one could have predicted the Kardashians’ and Jenners’ success. But when you spend time with them, what resonates is the family unit. There are so many things about them that are glamorous, crazy, and unlike our lives, but the sense of family is universal. They love and stand by one another no matter what,” says Seacrest, the executive producer of Keeping Up With the Kardashians and the family’s self-described “big brother” in Cosmo’s November 2015 issue, which celebrates the magazine’s 50th birthday.

Seacrest added: “Their unvarnished candor reveals how close they really are. What’s more, they present acceptance. You look at Bruce and now Caitlyn – you see the power of a family to come together when it would be so easy to fall apart. There’s comfort in viewing that steadfastness of love.”​

This magazine cover is the ladies’ first all together since 2011.

Cosmopolitan US editor-in-chief Joanna Coles spoke on the Twitter campus last Friday and she featured in a recent episode of Keeping Up With The Kardashians on E! as she hosted the family during the Cosmo cover shoot.