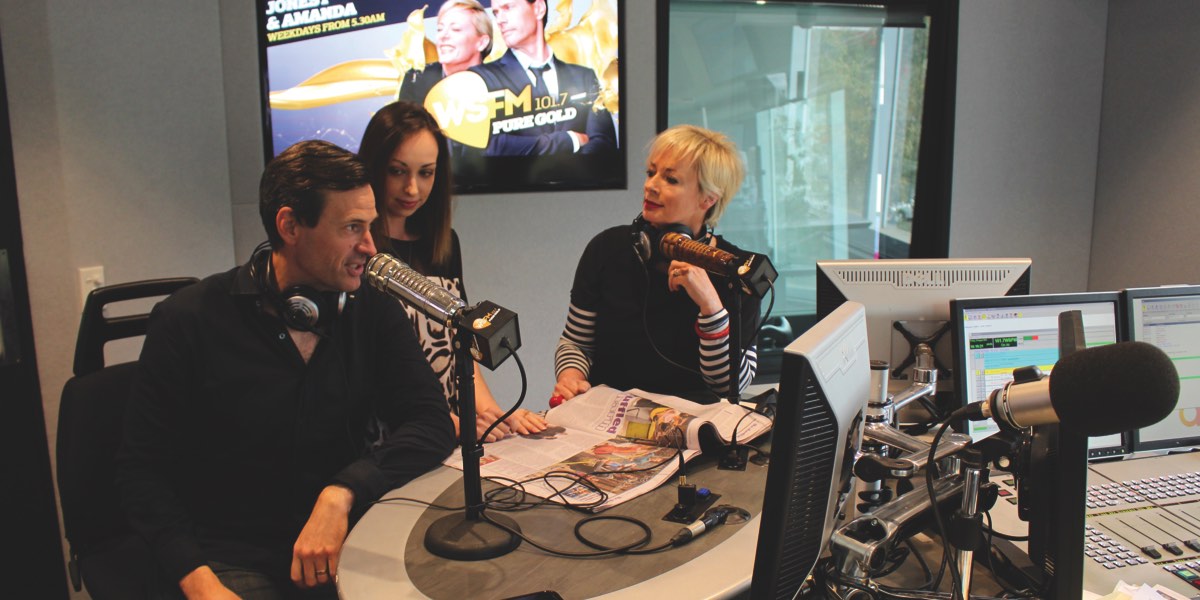 “A raft in the middle of the demographic river”. Not sure what it means? WSFM content director Charlie Fox explains

• “A raft in the middle of the demographic river”. Not sure what it means? WSFM content director Charlie Fox explains

The Sydney radio brands 2WS and later WSFM have long been part of landscape. Adapting to the changing tastes of audiences has been a challenge that different teams have tackled in different ways. None have been more successful than the current ARN team that worked under former radio boss Ciaran Davis and now his successor Tony Kendall.

WSFM content director has been on some rollercoaster ratings rides over the years, but for the past two years the consistency of performance has been impressive. After a little ratings slip at the end of 2015 the station recently bounced back.

When asked about the survey two improvement, Fox told Mediaweek: “I personally think it is a correction more than anything. The marketing this year has just started so we won’t see the results of that until later in 2016.”

With regard to longer term, Fox notes how WSFM has virtually moved from a baby boomer station to a Gen X station. “When we switched to the Pure Gold branding, the fabulous Anthony Xydis [ARN national marketing director] and his team put together some wonderful marketing for us. That’s what really gave us a shot in the arm in 2014. We then had the best year in a long time.

“WS has a long history in Sydney, but a lot of people hadn’t noticed how it had evolved over the years. In the past decade it had moved on from Good Times and Classic Hits. We needed to tell people about that and it worked very well for us.

“That happened as part of the overall Australian Radio Network refresh as KIIS 1065 launched around the same time.”

Fox said he knows as well as anybody about the challenge of keeping audiences long term. “I was program director at Triple M Sydney during the boom years with Doug Mulray and much of that audience would never have thought of listening to 2WS. The station was probably the station their parents listened to when they turned 40. All of those former Triple M listeners have grown up and we needed something to announce that we were now WSFM. There was never a major push made where we could pitch to those listeners until 2014.” 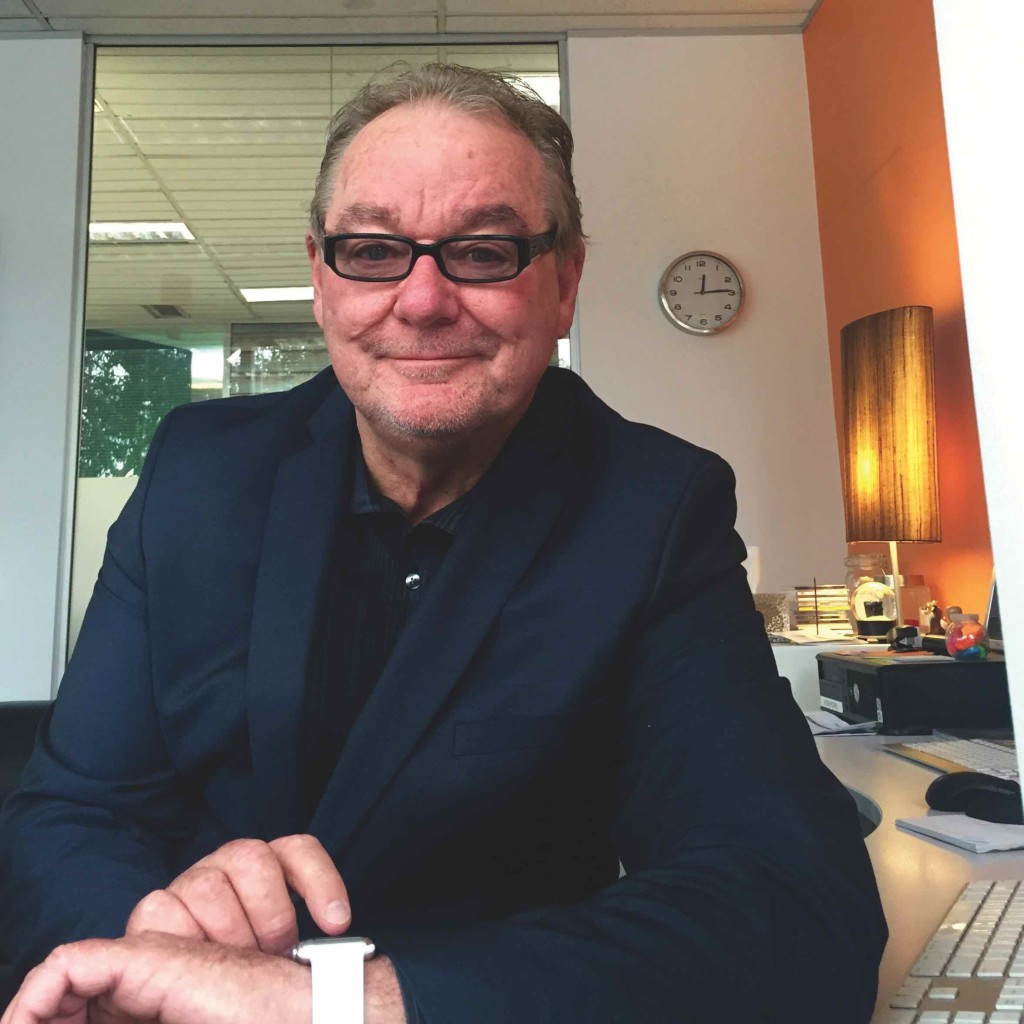 The station keeps its listeners up-to-date about corporate rebranding decisions via its Jonesy and Amanda breakfast show. Particularly Brendan Jones who likes reading from company memos on air. “We applaud his radio honesty,” said his content director Fox. “I quite like the announcers call it just WS on the air some times. I’m a big fan of that and I’m not sure if everyone at ARN shares that view. I don’t believe listeners refer to the station as WSFM 101.7. At times it is good to be casual and refer to it in ‘listener speak’. We have to formally ID the station and we have to give the frequency out, but it is still nice to sometimes hear Jonesy and Amanda just refer to it as WS.”

The success of the breakfast show is built around a crack team that has been in place for quite some time. Fox has been with ARN for a decade (see box for details), Jonesy and co-host Amanda Keller have started their second decade as breakfast hosts and even the award-winning breakfast EP Laura Viglino has notched up 10 years with the program. “Laura started out in the promotions department and moved into a programming role,” remembered Fox. “She worked under former breakfast EP Ben Latimer [now head of Foxtel Anytime] who was also very instrumental in making Jonesy and Amanda a hit breakfast show. When I asked Ben what we would do when he leaves, he told me Laura could do it standing on her head and she certainly went on to prove that.”

Fox said he is involved in the breakfast show day-to-day, but was in general a hands-off PD. “There are two kinds of PD. The ones who want to check every single thing that goes to air, and then the ones who believe in hiring great talent and letting them go.

“I talk with Jonesy and Amanda about the station in general and where we need to be in broad terms. Their breakfast success is about their chemistry – some shows need enormous amounts of planning and they have enormous amounts of producers and writers. Others have a natural chemistry. We obviously need to prepare for the program and Laura runs through it with them every morning, but the show is often a really rough outline with Jonesy and Amanda filling it out once on air.

“You can hear that often when you listen which is the fun of the show. It is a creative concept that you can’t interfere with too much.”

Fox might throw in helpful suggestions like they need to talk more about Seinfeld and Friends than BP Pick-a-Box [laughs]. “The breakfast hosts started appealing to baby boomers and we have to move on as a radio station.

“I have worked with a lot of talent and Jonesy and Amanda are exactly as they are off air as they are on air. They don’t make stuff up for the show – it is just how they are all the time.”

The program manages to get away without the lure of big prizes all the time. “It has been proven many times that the number of people attracted by contesting is very small – at any given time maybe as low as 1-4% of active people. If you have something really big it can attract cume. Otherwise it gives you a quarter- hour listening boost for those that are into it. It is worth doing for that figure alone, but I do wonder sometimes if it is better to get rid of the clutter and drop them completely. If you can make them fun and compelling they deserve to be part of the show.

“We don’t give away a lot of money on the station – it all comes back to the quality of the show.”

Although WSFM is a music station, entertainment remains the focus in breakfast. Across the rest of the day things are a lot different.

“There used to be a rule of thumb you would need to get through 5-6 songs an hour in breakfast. It now works out at around four an hour, one every quarter hour.

“I would much rather have Jonesy and Amanda on air than a song. If you look at Fitzy and Wippa you will find they are probably playing six songs an hour, which is more music than the hosts.”

In drive WSFM has a music show hosted by Jason Staveley. “When you consider the fire power he is up against he is doing very well. Just beating Hamish and Andy alone is pretty amazing. He is also in front of smoothfm at present. We still manage to present a 30-minute news update and lots of traffic updates.” The ARN newsroom recently got a boost with the arrival of Deborah Clay who also reads the drive bulletins.

Ron E Sparks still manages to dominate his morning ratings slot. “He’s the #1 FM announcer in Sydney and 2016 which is just extraordinary,” said Fox. “He was hired by Rob Muir in the 1970s at 2SM which was also my first station. Here he is in the toughest market in the country and he’s the #1 music presenter. It is a tribute to how much he loves radio.”

With KIIS 1065 tasked with winning 25-39 and WSFM 40-54, Fox said having their two stations leading overall and in both those demos is the perfect result for ARN. “On survey day you know who is #1 by which side of the building the cheers come from.”